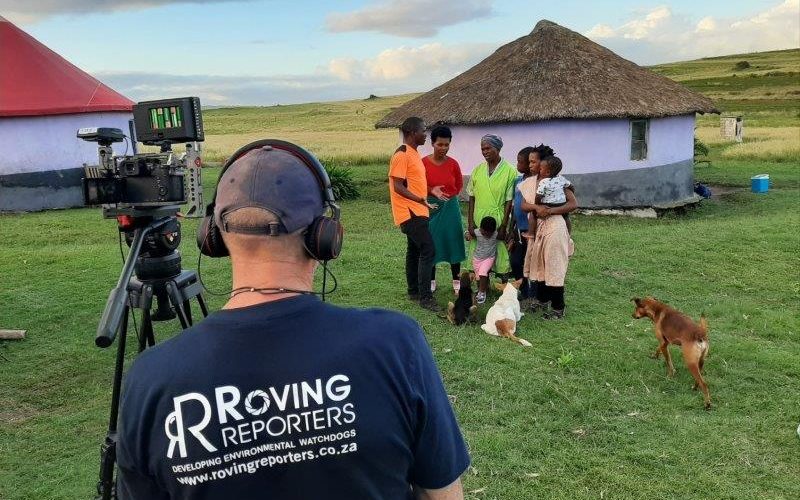 Loyalty to the land runs deep among Pondo,  Shona Aylward reports in the final instalment of her look into Xolobeni and the mining saga.

The anti-mining activist and award-winning conservationist said the land was central to the life, culture and being of its people.

“The land is what weaves everything together, so everything traces back to the land,” said Zukulu. 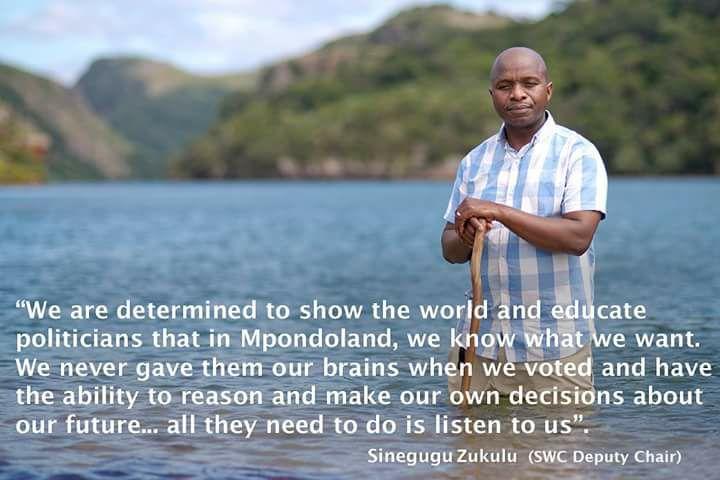 The Sigidi community, which lives between the Mzamba and Mphahlane rivers, relies on the land to grow sweet potatoes and amadumbe (yams).

Sweet potatoes to the value of about R90 000 are sent upcountry three times a week.

They have fenced off tracts of land to keep livestock off their crops which shows, they said, that the land being targeted for mining was already in daily use.

Zukulu understands how destructive mining can be and the toll it can take.

He played an instrumental role in the Yes4Youth programme which trained locals to become self-sufficient through the land in a sustainable manner.

“Mining, eco-tourism and agriculture can’t co-exist, as Minister of Mineral Resources, Gwede Mantashe said they could when he visited the community in January this year.”

However, he said he was not completely against mining.

“I understand mining built South Africa, but I am against mining in biodiversity hotspots where people are able to live life and produce most of what they need.

“Xolobeni land is prime land for ecotourism development. It is senseless to think that we should mine every piece of this country.”

Although the proposed mining stops at Mtentu, Zukulu said the north-easterly winds were notoriously strong in the area and would blow the dust from the mine into the Mkambati Nature Reserve. 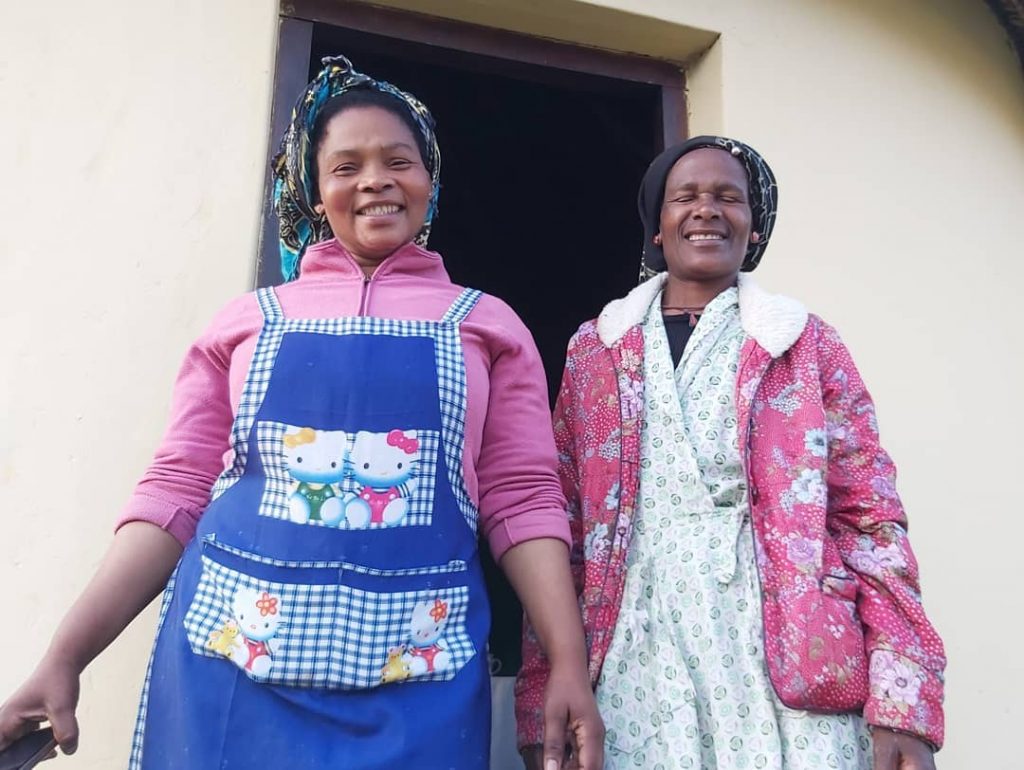 Ncumisa Sonakepu and her sister, Julia, are among a growing number of families that run home stays along hiking trails on the Wild Coast. How viable these home stays is the subject of further Roving Reporters research. Photo:  Shona Aylward

The reserve was one of many beautiful areas likely to be affected if mining goes ahead.

In Medicinal and Charm Plants of Pondoland, a book compiled by Zukulu, Tony Dold, Tony Abbott and Domitilla Rainmondo, Zukulu explained how the Pondoland Centre of Plant Endemism – which stretched from Hibberdene on the KwaZulu-Natal South Coast to Port St Johns – has a large number of plant species not found anywhere else in the world. 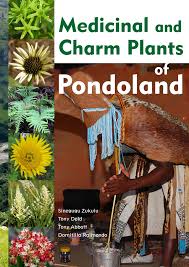 “It is estimated that Pondoland Centre has as many as 180 endemic plant species, with some of these being medicinal plants used by the amaMpondo living there.”

Besides the coastline’s flora and fauna being annihilated, there were also concerns that patches of Red Desert, which contained heritage sites, holding evidence of fossils, stone age tools and clay pots dating back millions of years, would be destroyed.

Ncumisa Sonakepu (38) runs a well-established homestay for tourists in the village of Noqhekwana, near Port St Johns.

She lives happily with her two children, aged 21 and 18, and has a large vegetable garden and orchard.

“The land is important to me as I depend on it to sustain myself. I can get fresh vegetables from the ground, seafood from the ocean and my water from a nearby river. The money I make is from the guests, and I then use this to buy more seeds for my vegetable garden,” she said.

Youth have their say

Manci said they nurtured the environment and protected plant and animal biodiversity.

They farm without chemicals, keep the area tidy, and promote eco-tourism. 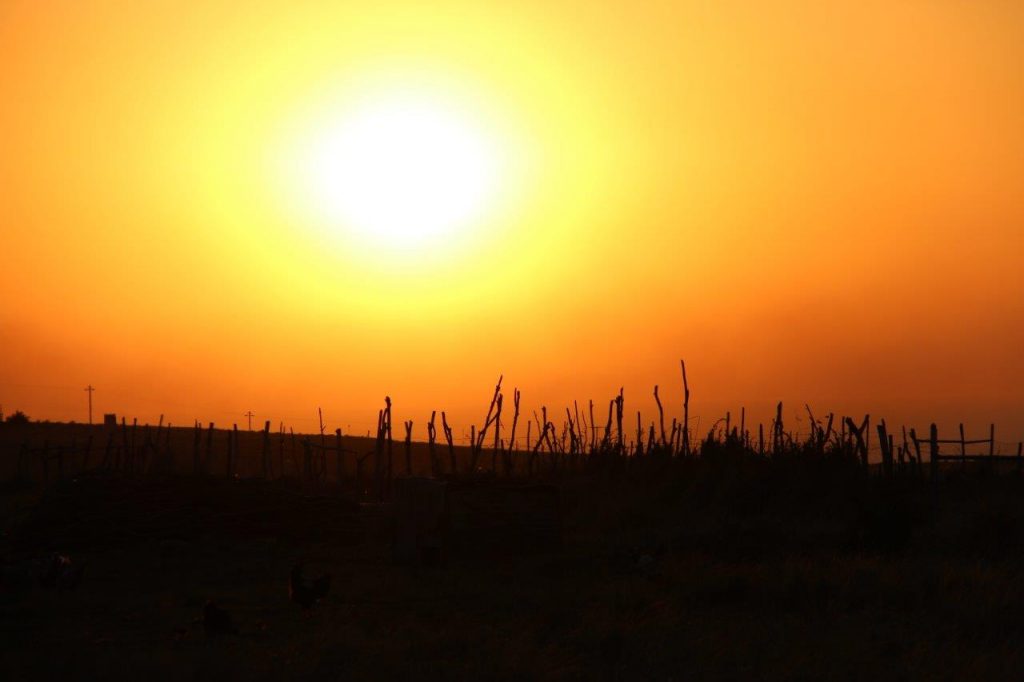 Trying to bring back traditional values that have been lost is a key focus.

Hlongwe said although there were those who wanted to mine the land, they would fight to protect it.

“When they look at the land, they think we are not using it. We want to show them we are using the land by farming – planting and growing crops,” he said.

“Our land is beautiful and we want to keep it beautiful. We don’t want to lose it.”

BANNER IMAGE:  Filmmaker Gordon Greaves at work in producing a documentary on Pondoland that will premiere at the forthcoming Conservation Symposium in Howick early November

This series arises from Roving Reporters Wild Swim expedition organised in association with the 8 Mile Club to raise funds to promote marine conservation and eco-tourism as part of a broader bid to save a 22km stretch of coastline earmarked for heavy minerals mining.