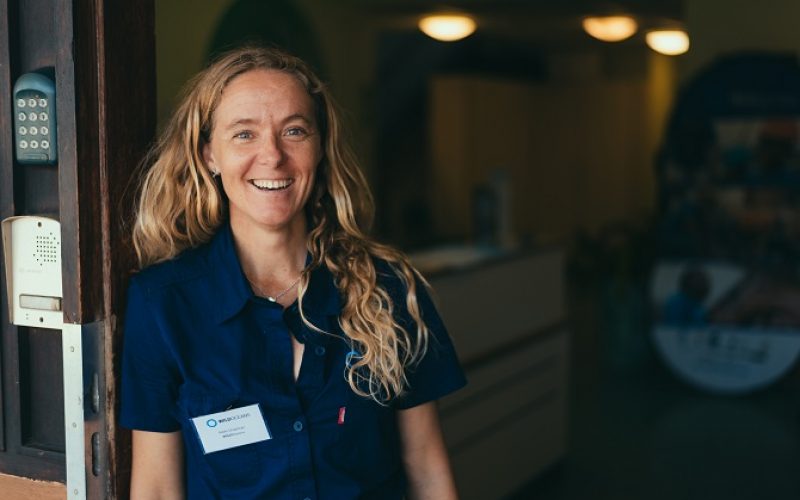 Salt water flows through Nikki Chapman’s veins, so the the Ocean Stewards programme is the perfect home for Nikki Chapman, write Myrtle Ryan and Bukeka Silekwa.

Supported by the Blue Fund – a joint marine conservation initiative if Grindrod Bank and the  WildTrust – the Ocean Stewards programme aims to upskill marine biology students, providing them with opportunities to work alongside some of the countries top marine scientists.

While Chapman is herself not a marine scientist, she is certainly well-versed with what’s happening in depths of the ocean seldom explored before. She could probably also teach a few scientists a trick or two when it comes to deploying state-of-art deep search equipment, including ROVS (remote operating vehicles) which relay live video footage to monitors on board research vessels like the RV Angra Pequena. 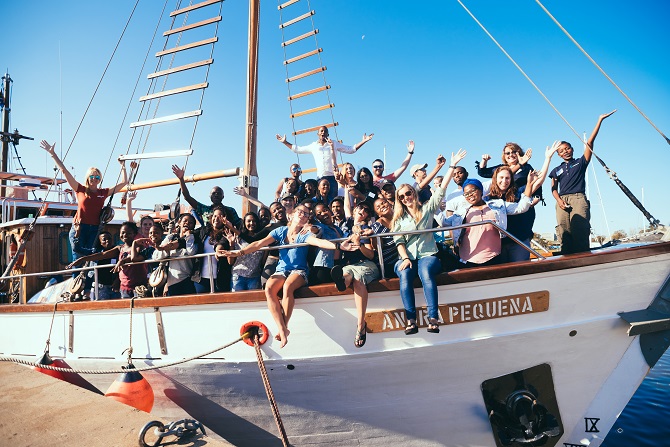 The Angra Pequena is like a second home to Chapman, who helps select deserving marine science students to take part in deep sea research cruises as part of a broader mission to extend the network Marine Protected Areas in South Africa.

Not many undergraduate marine science students continue to postgraduate level, explained Chapman. And whose who do complete their degrees, then often battle to find platforms that give them an opportunity to conduct fieldwork at sea.

“This is a problem. How can you understand the intricacies of the ocean, and the creatures that swim in it, if your feet are only on the land?” asks Chapman who has become in eyes of  students and scientists the heart and soul of the Ocean Steward programme

Working alongside Dr Jean Harris, the Angra Pequena skipper, Chapman’s  passion and bubbly personality come into play both on deck and on land. As the Ocean Stewards project manager she is responsible to shepherding a growing cohort of Ocean Stewards – a growing shoal of minnows in the world of marine science.

Chapman is not only responsible for coordinating each leg of the Ocean Stewards research  expeditions, and assigning off-shore research duties like baiting of BRUVS (baited remote underwater videos) but also arranges survival swimming lessons prior to each year’s cruise.

For many of the students, the excitement of going out to sea for the first time is mingled with the fear of falling overboard.

Chapman, who loves water so much she could be mermaid, helps students conquer these fears.

She also gets them to attend workshops and seminars, including the annual Ocean Stewards Science Sessions where the students get to learn more what’s topping the agenda of marine science in the world today.

At last year’s Ocean Steward Science Session held at the University of KwaZulu-Natal, Professor George Branche, co-author of Two Oceans – an unrivalled field guide covering marine life that inhabits South Africa’s west and east coasts, described the Ocean Stewards programme is one of the most dynamic marine science initiatives to have emerged in South Africa.

“It offers a wonderful blend of practical, hands-one experience, training in modern survey methods, and the challenge to think for oneself, as well as the joyous personal friendships that breach barriers across age, race and language,” said Branch.

It these kind of friendships that Chapman has been fostering over the past three years, developing a close bond with aspirant marine scientists, many of whom would love to follow in footsteps of people like Branche.

So how did Chapman get to be doing what she does today?

Chapman said she had grown up on the beach, as her family lived down the South Coast. “I was probably in grade 9 when a big storm hit, and on the beach I found particles in the sand like little broken sea shells. I collected them in a sample jar and kept a little tray of samples. Maybe that is the day it kicked in for me. I am not a researcher, nor will I ever be, but the stuff that washed out of the ocean that day was really cool.”

At Kingsway High School in Amanzimtoti, Geography was her favourite subject and her teacher, Colin Erickson, had been passionate about the environment. Her first job – fresh from school in 1998 – had been with the Wildlife and Environment Society of South Africa (WESSA) in the Drakensberg.

In 2002 she moved to England where she studied for her B.Sc. in Environmental Management through the University of South Africa. It was a tough time for the next seven years, studying while working full time at the Centre for Ecology in the UK.

Her life has given her the kind of adventures many just dream of: environmental educator in exotic Thailand; a dive instructor at a diving centre at Sodwana Bay, and having her own outdoor education centre along the uMkomaas River, near Richmond.

In 2015 she met Jean Harris, the owner and skipper of the Angra Pequena, and now the founding director of WildOceans – the marine conservation division of the WildTrust (formerly the Wildlands Conservation Trust)

“It was sort of a meeting of the minds when I met Jean,” recalls Chapman, who is keen to also use the Ocean Stewards Program to reach out to those still in school.  – Bukeka Silekwa and Myrtle Ryan 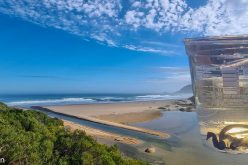 Seahorses live in the sea, right? True, for all but one species.