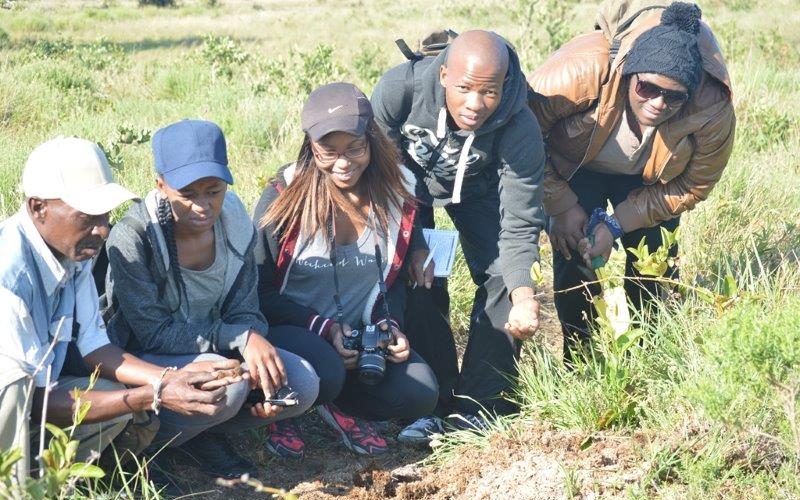 It was a Wilderness Leadership School (WLS) trail with a difference. Mentoring was at its heart, with students compiling a “Fireside Diary” for development into Zingela Ulwazi (hunt for wisdom) narratives.

The presence of Makotikoti made the experience particularly significant for the youngsters. Sentenced to five years in jail in 2011 for killing an endangered loggerhead turtle near Kosi Bay in the iSimangaliso World Heritage site, Zikhali turned his life around while learning to make turtle sculptures under the mentorship of renonwed sculptor, Andries Botha. His turtle sculptures are sold in aid of promoting marine conservation and environmental education, including the development of Roving Reporters environmental journalism training programme.

Seated under an Mdoni tree, not far from the large skull of a hippo, students learned a lot from Makotikoti and how all things natural are connected by a delicate thread.

“If it’s broken, it affects everything, the whole process of life on Earth,” said Lelo Dlamuka, a University of KwaZulu-Natal media studies student.

“We need to conserve this place for generations to come to experience it as we do”, added Melusi Mntungwa.

“Nature is a healer of the soul,” said Sabelo Dladla, an eco-tourism student from the Durban University of Technology. 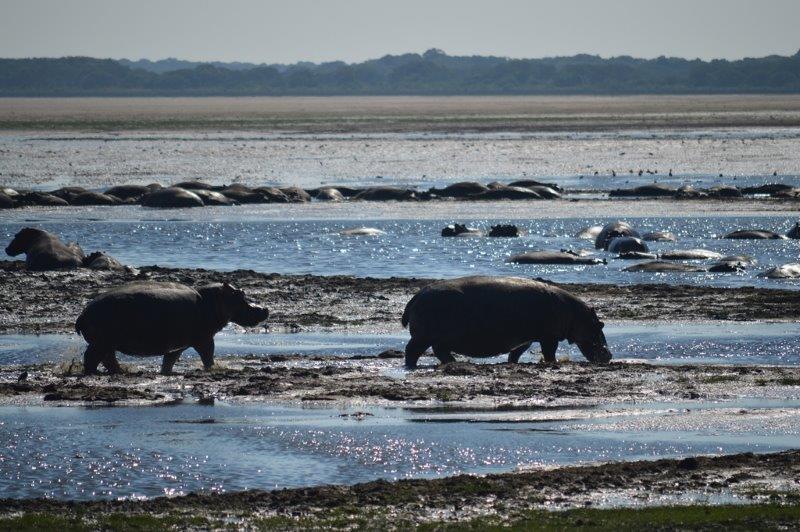 Dladla did a head count of hippos that had gathered in pools where coastal forest meets St Lucia’s estuarine system. “There are more than 115 hippos out there,” said an animated Dladla, a stone’s throw away from the hippo pods.

On the first night, the students got spooked by almost every sound. “I’m super scared. I hardly slept through the first four hours,” wrote journalism intern Nompilo Kunene in her Fireside Diary. “There was something (small) creeping around my sleeping bag area, making a crackling sound very close to my head, perhaps a snake or a scorpion. I don’t know what sound scorpions make!”

As part of the wilderness experience – and for safety purposes – each person on a WLS trail has to do a night watch, keeping a fire going and patrolling with a torch to ward off animals.

“I’m just praying that every time I shine my light into the darkness I don’t see a pair of luminescent eyes staring back at me,” wrote Dlamuka. “I don’t see too well in the dark, so I’m not even sure if what I see is a shrub, or a ferocious wild beast.”

Students were also confronted with toiletry protocol: the bush provides for those needs – stones, sticks, grass or leaves serving as loo paper. The WLS golden rule is that you leave no trace of having been in a wilderness area.

For Mntungwa, this was a journey “filled with raw emotion and new experience, stripped of my cellphone, a fully-charged Mp3 player and my dearly beloved Christian Dior cologne that I was also unhappily forced to leave behind.”

By the second night, the team began to feel nature’s rhythm. “The kettle is singing its song as the smoke billows toward me, engulfing every fibre of my dirt-stained clothes,” wrote Dlamuka.

“I love how we help each other in preparing the meals, the cutting and slicing of cheese and onions, how we shared a cup of hot coffee around the fire,” wrote Kunene. “I can’t wait to tell my family and friends that for three nights I slept outside, and now know the Southern Cross and the Scorpion constellation.”

How the Sunday Tribune told the story. 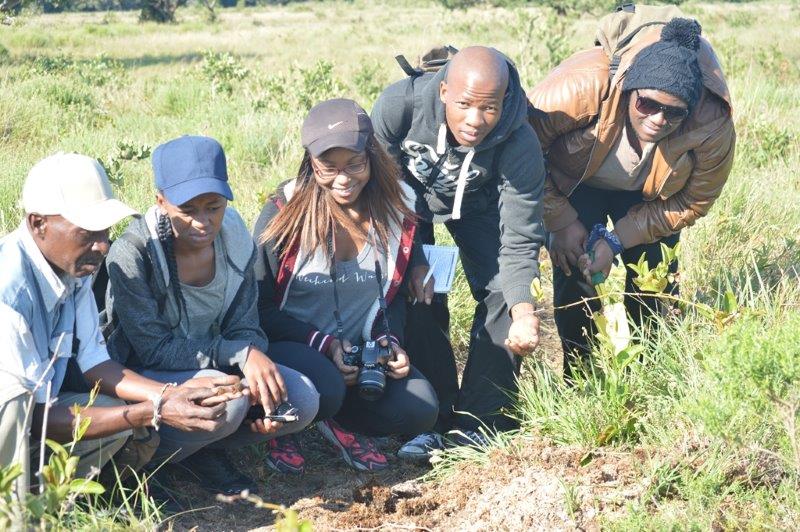