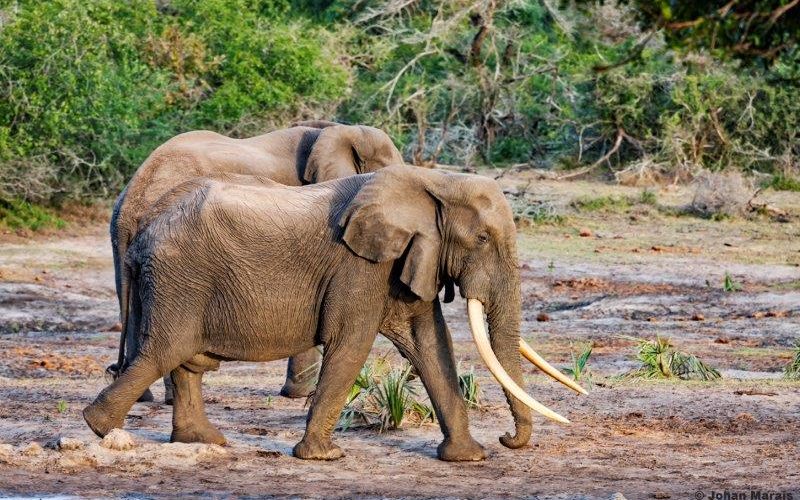 DURBAN, South Africa — There is a scene at the start of the film Last of the Big Tuskers where a man is having his upper arm tattooed.

As the artist puts the finishing touches to the work and dabs away blood, the camera pans out and an inky face with enormous tusks emerges.

Elephants have always had a way of getting under people’s skin.

That much was clear at the South African premiere of the documentary, which played to a nearly full theater in Durban this week. Much of the documentary, which focuses on the plight of Africa’s big and super-tuskers — elephants with ivories exceeding 45 kilograms (100 pounds) each — is filmed in South Africa’s Tembe Elephant Park, immediately south of the border with Mozambique, 400 kilometers (250 miles) north of Durban.

Hunted relentlessly across the continent since the late 1800s, it is estimated that fewer than 30 big tuskers remain in the whole of Africa out of a total elephant population now numbering fewer than 400,000.

Eight of them are found in Tembe’s herd of just over 200 – a small but hugely significant herd. Johan Marais, a wildlife veterinarian internationally famous for his work with rhino and elephant, believes they are part of a unique and rare gene pool important for the fate of big tuskers. But the 30,000ha (74,000 acre) park has run out of space for its elephants. Since 2007, park managers have been forced to put all its females on contraception. 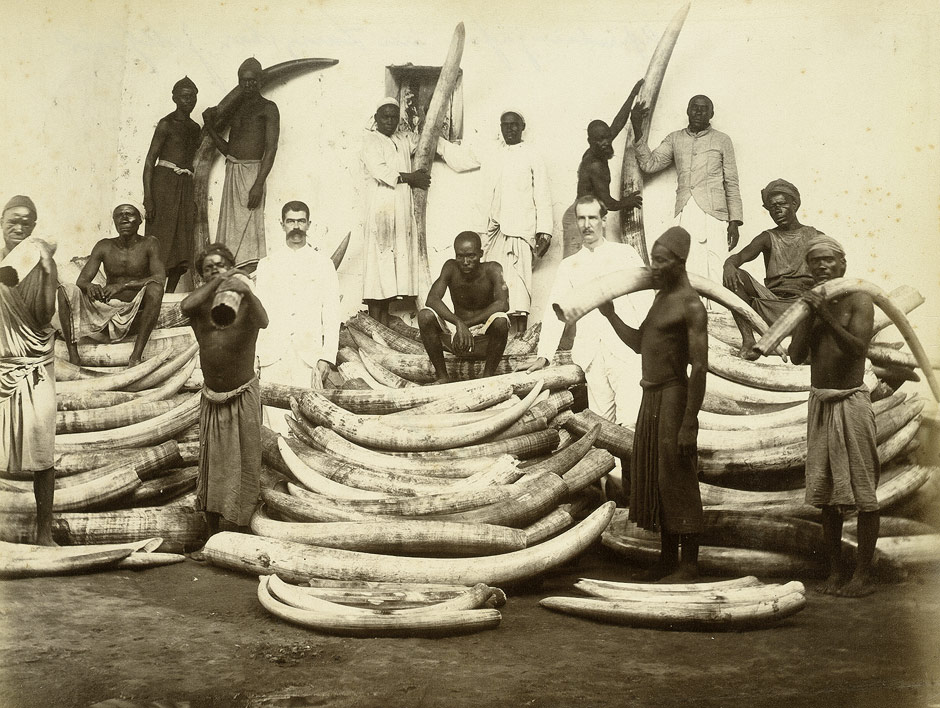 DARK PAST: The ivory trade in the days of the ‘great white hunters’ in the 1880s through to the early to 1900s wiped out most of Africa’s elephant populations, including big tuskers. Picture: Wikimedia Commons

While the killing of large numbers of elephants has a devastating impact on the animals’ social structures,  early scientific research indicates that elephants without tusks can adapt quite successfully, reports National Geographic

But the film’s narrator, James Currie, a lifelong wildlife enthusiast and published author, argues that it has resulted in generations of handicapped animals.

He is supported in these assertions by Marais, who notes that entire populations of African elephants are becoming completely tuskless as a consequence of losing big tuskers at their prime breeding age. 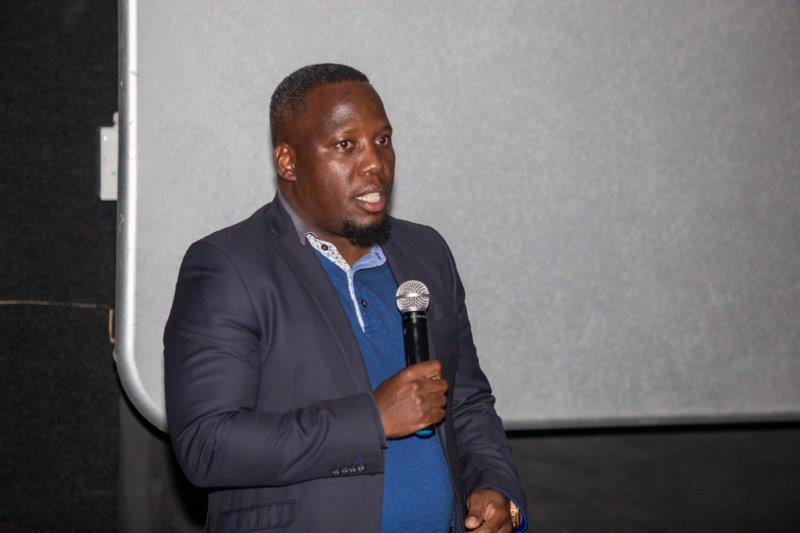 Established in the 1980s, the park is owned and managed by the Tembe people, a Tsonga tribe of about 500,000. Its safari lodge is popular with foreign tourists and entirely staffed by locals.The good news, and part of the reason for the Oct. 8 screening, was the announcement of plans to expand the park and the official launch of the Tembe Tusker Foundation, which will drive the process.

The tribe’s leader and a foundation member, iNkosi (King) Mabhudu Tembe, told guests at the premiere that as much as 26,000 hectares (64,200 acres) could be added.

“The future of these animals depends on us contributing more land to grow the park and keep them healthy and moving freely. This is something we could all agree on as the people of Tembe.”

Elephants, which can be incredibly destructive, historically roamed vast areas, unhindered by borders or fences. Those at Tembe may have had a stomping ground that extended north to Delagoa Bay in modern Mozambique and to Lake St. Lucia on South Africa’s northeast coast.

More space will mean the Tembe herd will be allowed to breed again. 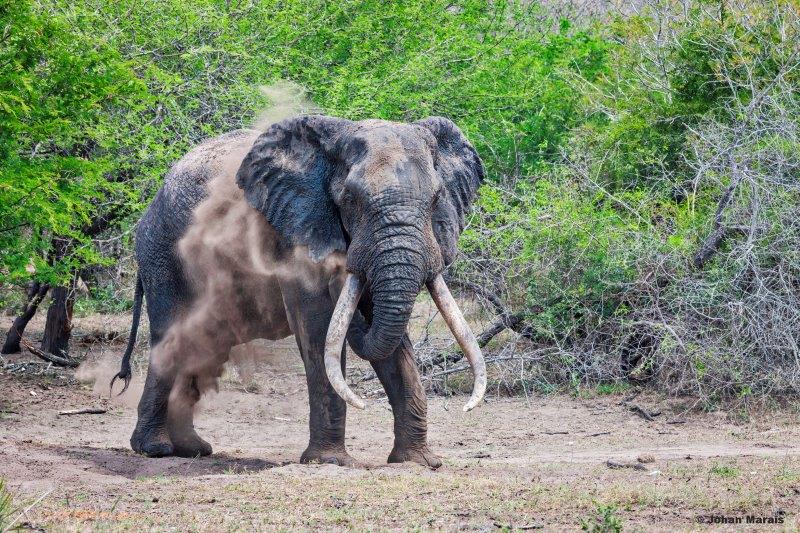 PROUD RECORD: Big tusker Mkadebona throws up sand. There have been only around five elephant poaching incidents in Tembe in the past 30 years. Picture: Johan Marais

Nic Vaughn-Jones, an adviser to the foundation, described Tembe as an unparalleled community conservation success story — a testimony to the pride the Tembe people take in preserving their natural heritage.

In Tembe, he said, people had come to realize the importance of having wild animals on their ancestral lands and how conservation could improve their lives. Even as avid cattle owners, they took pride in Tembe’s status as home to the Big Five: leopard, lion, Cape buffalo, rhinoceros, and elephant. Over the last few years, the tribal authority has also actively and successfully campaigned for the introduction of wild dogs, a move unprecedented in the history of conservation in northern KwaZulu-Natal province.

The park is now the region’s biggest private-sector employer and runs a number of projects that improve the lives of neighboring communities. These include free educational game drives for locals valued at more than 250,000 rand ($16,900) a year, ensuring the Tembe can experience their park firsthand and understand and treasure it.

Thulani Thusi, who serves as the park’s community liaison officer, said the tribal leaders had been open in their dealings over the park and this was the main reason for the community’s support for its expansion.

However, foundation members did not give specifics when asked from the floor about the exact size of the expansion and how it would be funded, except to say that a budget was “almost complete” and that the expansion project needed to ahead “ASAP.”

Marais estimates that putting up an elephant fence at Tembe would cost nearly R120 000 (nearly $8000 US) a kilometre.

He said they would target international and domestic funders to raise these funds.

“There have been very good negotiations with a lot of the chiefs. They have said, ‘Listen, the land is here. The moment you have the money, we can go ahead,’” Marais said.

He said money was also needed to rent the land from local communities and to build schools, clinics and put in boreholes — services that are few and far between in the area and would go a long way toward securing the continued support of locals.

At this week’s premiere, homage was paid to a “true patriarch of Tembe”: the late Baba (father) Tom Mahamba, a respected ranger and the park’s long-serving hospitality manager, who features extensively in Last of the Big Tuskers.

Mahamba, a favorite with visitors and a humble man with a real affection for the elephants he looked after, died in November 2017, before the documentary was complete.
“Tom’s love and dedication to his job laid the foundation for what is now a place the community calls a home for elephants,” Thusi said.

There is a moving scene where Mahamba visits the bones of an old friend, Tembe’s most famous big tusker, Isilo, Zulu for “king of kings.”

The elephant was believed to have died of old age, but his tusks — estimated to have weighed 65 and 60 kilos (143 and 132 pounds) — were stolen before his carcass was found.
There have been very few elephant poaching incidents in Tembe, said park spokesman Ernest Robertse — about five in more than 30 years.

Elsewhere in Africa it’s a different story, and the documentary showed the scale of the problem facing rangers, including in some of Kenya’s best-loved parks.

Marais said while “boots on the ground” (rangers) were needed to combat poaching, the assistance of people living in or near parks was more vital.

“I don’t think everybody can benefit, but the communities around the park have to benefit. That’s a 100 percent surety,” he said.

Vaughn-Jones agreed, citing the Tembe model as an antidote to the “old colonial way” of establishing parks, which excluded neighbouring people.

Currently, the safari lodge, referred by people in the community as “our hotel,” employs 55 people, nearly all from the local communities. They are provided with scholarships and professional training in hospitality or as guides; staff remuneration sees more than R4 million ($ 267,225 US) flow into what was formerly one of the most impoverished areas in South Africa.

Community levies collected at the Park gate bring in R500 000 ($33,403 US) annually for community upliftment projects. A voluntary conservation levy brings in an additional R250 000 ($ 16,701) for conservation structures and Tembe supports college bursaries valued at over R1 million ($ 66,806) for students from the community.

In addition to the planned expansion, the Tembe Tusker Foundation plans to approach the KwaZulu-Natal provincial government in the next few weeks to fund a new lodge. This might be along the lines of a commitment made by the Eastern Cape provincial government to back a new community-owned safari lodge at Addo Elephant National Park.

Besides obvious benefits to wildlife tourism in the region, Marais sees the preservation of Tembe’s tuskers and moves to expand the park as important for the genetic strength of elephants at large and for broader conservation reasons.

He noted that entire populations of African elephant were also becoming completely tuskless as a consequence of losing big tuskers at their prime breeding age.

Supporting the goals of the Tembe Tusker Foundation would help counter this, he added. – Roving Reporters

Now read: Smelly stuff and bees keep elephants at bay and other stories arising from Roving Reporters coverage of the  2019 Conservation Symposium. 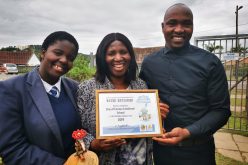