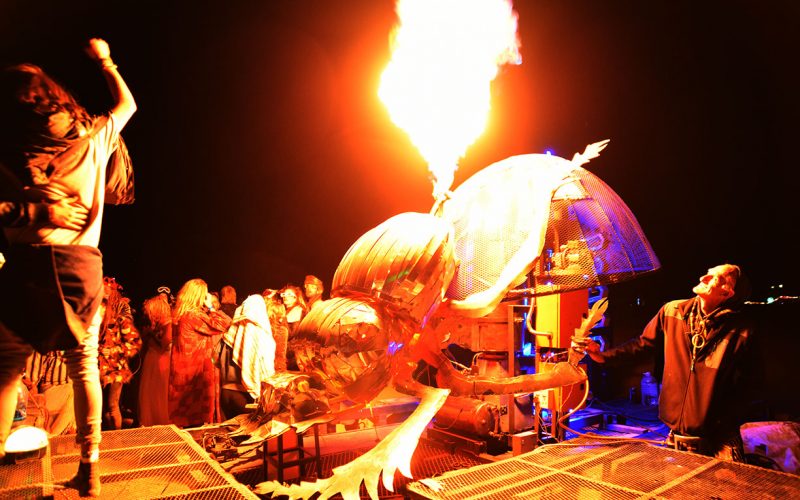 A GIANT dung beetle will be making a fire-spurting, Durban debut on Saturday (27 October) as part of an initiative to educate people about plastic waste and how it can be put to good use.

The public have been invited to join a cleanup at the Umgeni River mouth and Beachwood mangroves from 8am. And the plastic they collected would be used to feed the beetle.

The mobile artwork has a shiny steel exoskeleton, but beneath it lurks a plastic gasification machine.

David Terblanche, head of strategy for the Dung Beetle Project, said the machine used its own open-source technology to superheat waste plastic and harvest the liquid and gaseous fuels it produced.

He said members of their team would be at the Blue Lagoon lawns to demonstrate the beetle — technically a “small batch reactor”.

“We will have conversations about the technology and have an environmental forum around addressing the challenge of marine plastics,” he said.

He said the art, fiery fun and dung beetle metaphor attracted the public to the project, helping to make the science it uses more accessible.

“We are trying to open people’s eyes to the reality that we are disposing of a high value fuel when we throw away plastic. In our current economic climate this translates into throwing away thousands of potential jobs.” 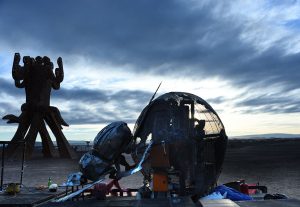 ROLLING MASS ATTRACTION: The Dung Beetle Project in the Karoo at its AfrikaBurn launch. The artwork and waste-to-fuel project will be demonstrated at Durban’s Blue Lagoon on Saturday morning. Picture: Jeffrey Barbee

The Dung Beetle Project was launched to the public at the AfrikaBurn festival in the Karoo in late April with outreach NGO partner, Alliance Earth.

Since then it has been touring the country.

The idea  was to raise awareness of plastic waste and how it was harming the oceans and to encourage others to build gasification projects of their own.

“The scale of the problem is so massive that we all need to work together if we are going to solve it,” said Terblanche.

He said their first collaborative machine was now being built at a Soweto recycling centre.

It would produce fuel for electricity generation, said Terblanche, explaining that as much as 50% of plastic taken to recycling centres in South Africa was not recyclable or was unusable because it had been contaminated.

He said the Dung Beetle Project was also in talks with Charter 4 Conservation, an Australian organisation that planned to use gasification technology to help power a yacht.

The Australians aimed to motor-sail to energy-starved islands in the South Pacific to encourage islanders to build gasification machines.

Ocean currents dump many tons of plastic debris on the beaches of places like the remote Henderson Island, in the Pitcairn group. 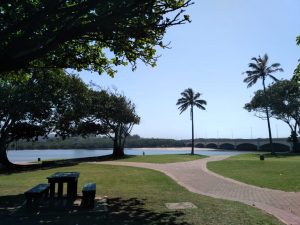 FUN TIMES: The lawns at Durban’s Blue Lagoon, where the Dung Beetle Project will be demonstrated on Saturday. Picture: David Terblanche

Terblanche said their demo and the beach cleanup were among a number of activities organised at the river mouth on Saturday from 7am until 1pm by the Durban Green Corridor, an environmental, youth development and tourism initiative.

There would also be a trail run and walk, music by Nipho Hurd, a green market, organic food stalls, and a discussion on recycling and changing perceptions on the value of waste. 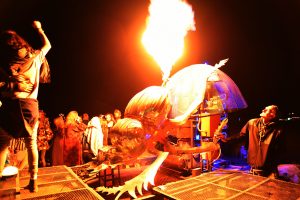 FEATURED IMAGE Project Dung Beetle inventor Pierre ‘Pops’ Pretorius makes their beetle shoot flames at its launch, at the AfrikaBurn festival earlier this year. The beetle — a fuel-from-plastic-waste generator and artwork will be demonstrated in Durban on Saturday. Picture: Jeffrey Barbee 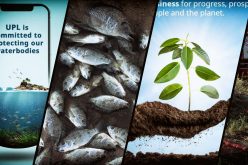