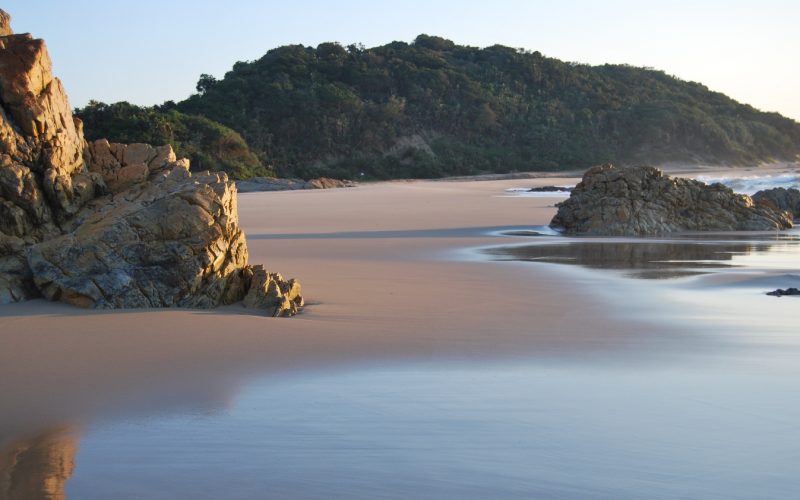 A firefly sanctuary – the first of its kind in Africa and one of only four in the world – has been launched on the lower South Coast. Fred Kockott reports.

The sanctuary was established in the Leisure Bay Conservancy, part of a broader green belt that includes the Munster, Trafalgar, Mpenjati, Marina Beach and Umtanvuma conservancies near Port Edward.

They aim to preserve biodiversity, help control the invasion of alien species, and promote the planting of indigenous vegetation.

“This mitigates against the inevitable destruction of habitat which has accompanied rapid development along our coastlines,” said chairperson of the Leisure Bay conservancy, Jenny Koen.

This in turn helps preserve wildlife in the area, including caracal, water mongoose, bushbuck, duiker, leopard and a wide range of bird and insect life. 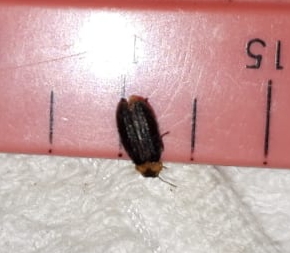 MINIATURE MAGIC:  These little, magical insects are tiny – about 5mm in length. Light production in fireflies is due to a type of chemical reaction called bioluminescence. 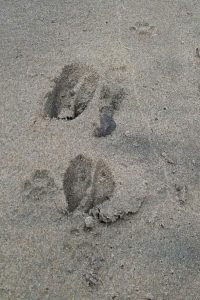 ANTELOPE SPOOR: Common duiker, bushbuck and the tiny grey duiker walk along the beaches near the Leisure Bay Conservancy, probably attracted by the saltiness, which they lick off the rocks. 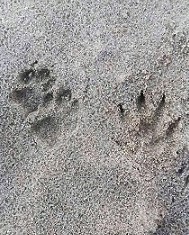 DAWN PATROL: Cape clawless otter, small-spotted genet and water mongoose spoor. Various creatures are out on the beaches at Leisure Bay. hunting their breakfast of ghost crabs when most men and women are still fast asleep

Much of this natural life would be at risk of becoming locally extinct had the area not been registered as a protected area by Ezemvelo KZN Wildlife in 2012, said Koen.

In addition to reporting the breaking of environmental laws, including littering, which carries a R1000 fine, conservancy members assist in protecting indigenous plants, coastal clean-ups, shoreline rehabilitation, removing snares from the coastal forest, and water quality testing on the conservancy’s 3.3km shore.

As with many worthy initiatives, the Firefly Sanctuary was sparked by a problem. Visitors to Leisure Bay’s Kidd’s Beach were parking in a wetland – a home to thousands of fireflies.

“They used to drive in here and get stuck, damaging this sensitive area. Wetlands are the most threatened areas on the planet and need to be protected,” said Koen.

Now barrier poles prevent drivers from entering the wetland system. And information boards have been erected, encouraging people to visit on warm summer evenings to witness that mystical twinkling lights of fireflies.

The initiative has been welcomed by conservationists, including Francois du Toit, chief executive of the African Conservation Trust.

“We live in a fragile place, a finite resource. The conservancies networks operate at a local level, with local knowledge and local volunteers going out of their way – often at great personal and financial expense – to share their passion and unblock our own inadequate knowledge on the gems hidden in our living spaces,” said Du Toit. 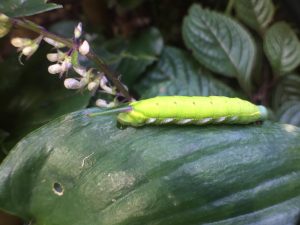 TRANSFORMER: A big fat caterpillar. It may possibly become a citrus swallowtail butterfly at the Leisure By Conservancy. 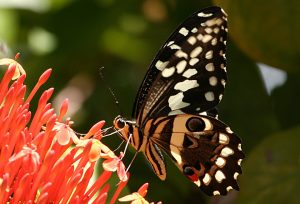 BEAUTIFUL: A regular visitor to the conservancy, the citrus swallowtail butterfly.

“Behind all this, is a massive education drive,” said Libby Goodall, a former Durban city councillor, and co-founder of the conservancy. Goodall was instrumental in setting up green belts in Durban and her garden at Plumbago guest house is a small indigenous forest in its own right, largely free of exotic plants and alien invaders.

“Jenny (Koen) is an absolute hive of information,” said Goodall. “There is very little about the natural world around these parts that she does not know about. If she does not, she reads about it and disseminates her findings on our social network groups. This makes it all a lot of fun, with people learning new things almost every day,” said Goodall.

The conservancy has a WhatsApp group with more than 100 participants, mostly local residents, which bears testament to this.

On most days, members post fascinating photos, asking about plant species and flowers, birds, snakes, and multitudes of colourful insects and other animals, many new to them. 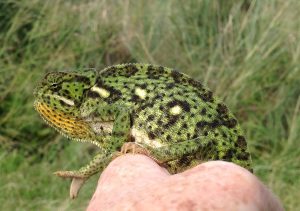 MASTER OF CAMOUFLAGE: An increasingly rare species due to habitat destruction and other factors, a chameleon whose ability to change colour has fascinated endless generations. 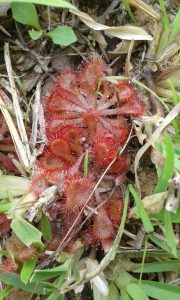 FEED ME, SEYMOUR: An uncommon carnivorous plant, genus Drosera, in the same family as the huge Venus Fly Trap, on a verge in Leisure Bay. 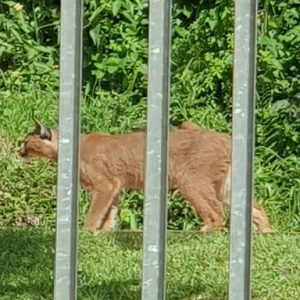 SELDOM SEEN: A caracal, photographed from inside a palisade fence by a Leisure Bay resident.

Koen, in turn, praised Goodall for the work done in establishing the conservancy.

“It took 11 years of trying, not really knowing what bridges to cross, but at the end of the day we got the mandate to protect and conserve this area,” said Goodall. “These small green belts are absolutely critical in preserving biodiversity. Destroy them and we will lose all these little animals, birds and bees and butterflies and insects.”

Du Toit agreed. “Now more than ever, we need to reconnect with nature, and value even the smallest of spaces, the precious resources that find their way into these enclaves and preserve them for future generations. Nature is not another thing for us to use and abuse. We are nature. We deny this at our peril.”

The best time to see fireflies is on warm summer evenings, and as one can visit on one’s own, or with a close knit family group, the risk of exposure to the corona virus are slim – an ideal break from isolation at home.  – Roving Reporters 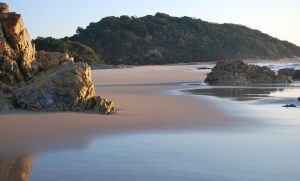 Firefly tourism has taken off around the world.

In the small coastal village, Kuala Selangor in Malaysia, the Selangor River is said to host one of the biggest firefly colonies in the world, becoming a popular tourism destination.

According to National Geographic, the tiny Mexican town, Nanacamilpa, has also become a hotspot for firefly tourism – the firefly capital of Mexico. And it’s not alone, Puebla state next door and the city of Amecameca to the south also offer firefly tours.

In New Zealand, glow worms in the Waitomo and Ruakuri caves offer spectacular delights to visitors.

Now residents in Leisure Bay, a conservancy near Port Edward on the KwaZulu-Natal South Coast are also promoting bioluminescent wonders – fireflies that inhabit a wetland close to the popular Kidds Beach.

Information boards provide details on the lives of fireflies and how they generate light through chemical reactions in special light-emitting organs, usually on a firefly’s lower abdomen. The light was thought to be used in mate selection – presumably those with the biggest glow, being the most attractive.

>> Click here to read  a fact sheet on fireflies.