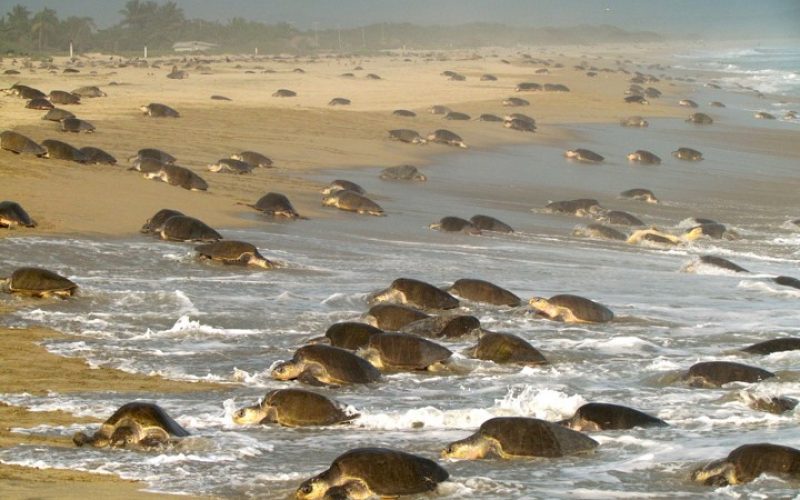 Loggerhead females nest up to three to four times a season, laying up to 120 eggs in each nest between October and February. In the process they lose up to 25 percent of their body weight.
Loggerhead turtle eggs take 45-55 days to hatch.
Out of every 1 000 loggerhead hatchlings that enter the sea, only about two reach maturity.
Loggerhead hatchlings in southern Africa are dependent on the southward flowing Agulhas Current for distribution. After their epic journeys as hatchlings and juveniles around the southern Indian Ocean, young loggerheads are brought back by the currents to the mainland coasts of Africa and Madagascar.
Young loggerheads explore the oceans as they are chased by adult turtles that have a habit of defending feeding territories.
African loggerhead feeding grounds are distributed far north along the east coast of Africa, Madagascar, Seychelles and the Mascarene islands (Mauritius, Reunion and Rodriguez).
After mating and nesting in northern KwaZulu-Natal and Mozambique, loggerheads travel up to 40km every day for about two months in returning to their feeding grounds.
It takes up to 15 years for a female loggerhead to mature, after which she usually returns to nest on the same beach on which she hatched.
Loggerheads are named for their relatively large heads, which support powerful jaws that enable them to feed on hard-shelled prey.
The greatest cause of decline and the continuing threat to loggerhead turtle populations worldwide is incidental capture in commercial fishing operations, including longlines, gillnets and trawlers. A report by Conservation International states that in the past 18years, it is likely that millions of marine turtles have been killed as by-catch by the world’s fisheries.
These turtle facts were taken from George Hughe’s book, Between The Tides, In search of sea turtles. The book illustrates how turtles have existed for more than 100 million years, travelling throughout the world’s oceans, however they are struggling to survive because of what people have are doing to our oceans and beaches.