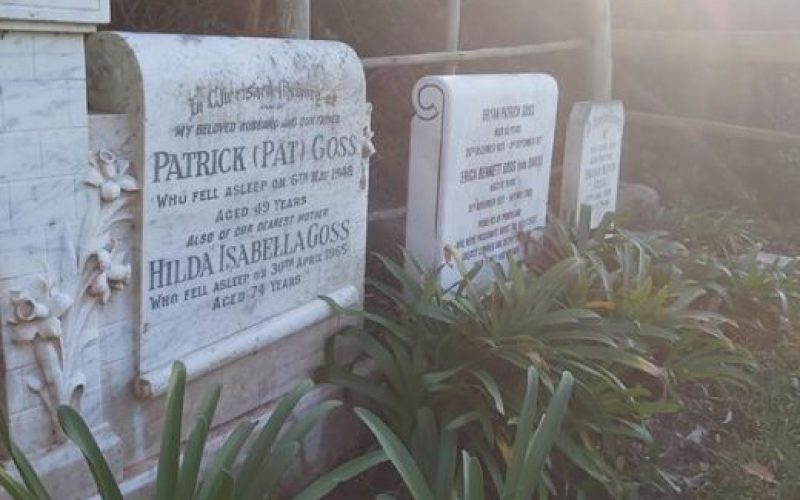 The going gets tough for  Wild Coast hiker Shona Aylward. But the scenery rewards and the history is rich, not least the remains of an obscure harbour.

Nothing beats the open arms of a happy, huggable “magic mamma” after a sweaty and testing 20km hike.

Our host, Noxolile Dwetye greets us with a huge smile, and tea and steam bread awaits us.

We had earned it. Day five had been hard, the longest day of our eight-day Wild Coast.

We had made an early start and were on the rocky path before 8am. 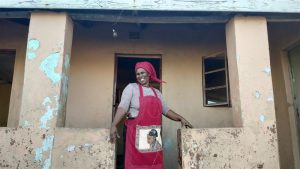 MAGIC MAMA: “My gates are always open to visitors,” says Noxolile Dwetye, our host at Khuthwini village, where we spent the night at the end of the grueling fifth day of our Wild Coast hike. The 49-year-old, who has lived in the village her entire life says she gets excited when visitors arrive at her home-stay. “I just wish they could stay longer,” she says. She has opened her home to visitors in 2013 and is grateful for the business. 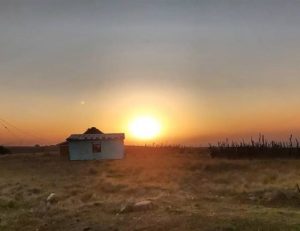 RISE AND SHINE: We made an early start on Day 5.

A few kilometres into the walk, our guide Sinegugu Zukulu stops us, and points to the waves crashing in the far distance.

“You see the waves hitting the shoreline, jump and twist up – this is what we call ‘Lubatana’ in our local tongue. The waves look spectacular today as there is no wind,” says Zukulu. The overpowering south-westerly has died down overnight, and the weather is perfect. 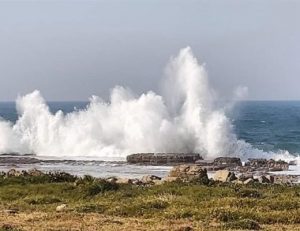 LUBATANA: The seas are spectacular.

As we make our way down to the beach, we stumble across a dune covered in shell, bits of clay pots and hand tools.

“These sites are heritage sites, and not for mining… here in Pondoland… we find sites dating back to between 12 000 and 24 000 years ago,” says Zukulu.

We make our way to Port Grosvenor, a short-lived harbour, close to where the Indiaman Grosvenor was wrecked.

Nearby lie the graves of the Goss family, who were early pioneers of Pondoland and passionate about the Wild Coast.

Port Grosvenor was only in use in 1885 and1886 and faded into obscurity, but there has been talk in recent times of re-establishing it. 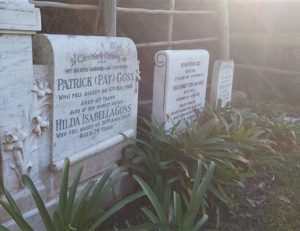 MPs with the Parliament’s portfolio committee on Public Works and Infrastructure visited the site in 2017 as well as nearby Port St John’s, which had been “identified as potential [harbour] development projects”.

Last year there was some debate in the committee, with an opposition MP of the view that it was a “stillborn pipedream with no potential for development in the foreseeable future”, while MPs with the ruling party was anxious  the area be assisted and that development happens on the Wild Coast.

A lone fisherman and his dog skirt the edge of the coastline, and we spot a jackal buzzard or ‘isanxa’ in Xhosa perched on a rock.

Zukulu sets the pace and like soldiers we follow in single file, preparing ourselves for the long day ahead. Nguni cows on the beach stare at us unfazed, as we stride ahead.

Zukulu explains that the colors of the cows mean different things. Any cow with white legs, “means a woman crossing the river, and they are dragging their feet,” says Zukulu.

We climb slowly up the side of a mountain to get to Waterfall Bluff and the caves nearby. The scenery from the top is breathtakingly beautiful. We watch as below a whale and her playful calf entertain us. 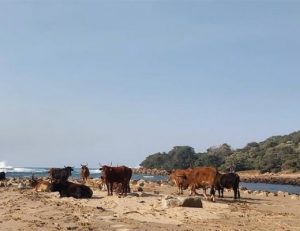 We carry a rock and place it on a famous cairn.

“A stone cairn is often found by people who have walked a long journey. Your stone placed on the pile also shows that you have been here,” says Zukulu. 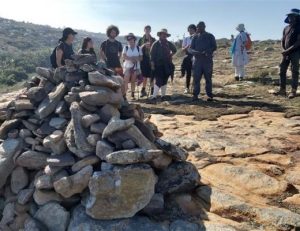 CAIRN DO: Hikers mark their progress.

The sight of the spectacular Cathedral Rock catches us by surprise.

We enjoyed lunch at Mamba River. The river is shaped like a snake, but thankfully we didn’t see any.

Later it gets steep and the going heavy.

“You must eat the hills, like you eat an elephant. Take one step at a time, and before you know it, you would have conquered it,” says Zukulu.

Wise words, and they apply to more than just hiking.

** Aylward will update us on her journey, when time and cellphone signal allow. Now read how she tackled Day 3.