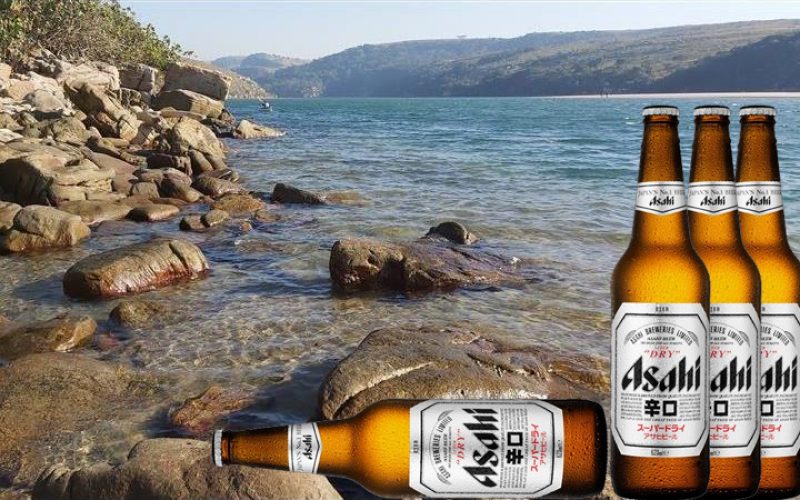 On Day 3 of her Wild Coast hike, Shona Aylward passes through beautiful Mkambati, once a leper colony and the scene of a memorable beach party.

A Chicken scoots past. The familiar smell of fire, to warm a large pot of water, hangs in the crisp morning air.

We depart Msikaba Village and cross the Mtentu River by canoe, to reach Mkambati Nature Reserve.

We have stepped into a fascinating and diverse area – 7720 hectares of indigenous forest, wetlands and the magnificent ravines of the Msikaba and Mtentu rivers.

A large herd of jittery hartebees watch us cautiously in the distance, and our guide Sinegugu Zukhulu pointed out that grazers like the eland, wildebeest, zebra and various antelope species have been introduced into the reserve.

“They also have a vulture colony in the Msikaba gorge,” says our guide, Sinegugu Zukulu.

The coastal reserve was a leper colony until the mid-20th century. Its name, ‘Mkhambathi’, comes from the local term for leprosy.

It’s a scorcher of a day and a swim in a glorious Strandloper rock pool provides some relief.

The water is sparkling clean and some of us fill our water bottles.

Between Mosquito Beach and Mkambati Falls lies the rusted remains of the Weolmi 303, a North Korean tuna fishing trawler which ran aground on a calm day in 1964.

In the book Mkambati and the Wild Coast, written by Div de Villiers and John Costello, it says the crew had consumed too much ‘Asahi  beer and the captain didn’t realise he was heading for the rocks.

The book goes on to tell the story of the late Hugh Nicolson, who was on a botany trip to the Mkambati leper colony at the time.

After a rough trip he questioned a rather drunk local as to everyone’s whereabouts, who slurred that they were all at the shipwreck.

When he went down he found a merry party in progress. The ship was also carrying whisky!

This story certainly makes one chuckle.

But the search for cellphone reception takes the journalist on a detour from the group, to the top of a hill, adding what felt like an extra 10 miles to the hike.

The extent we go to file a story.