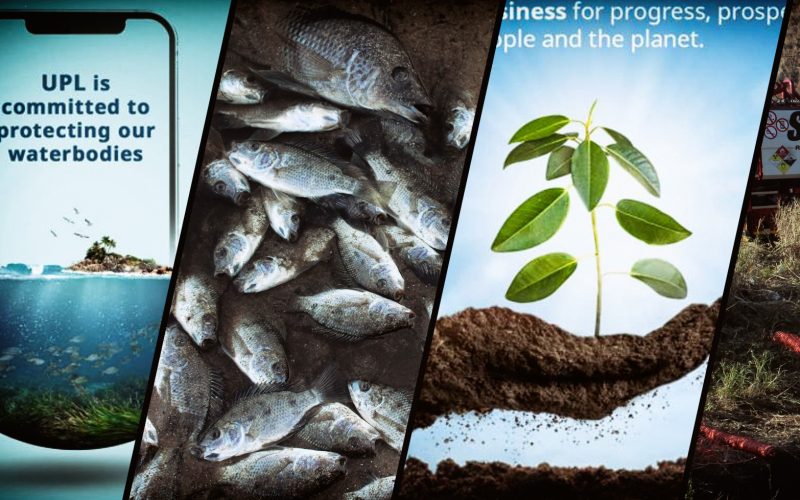 Criminal charges have been laid against the Mumbai-based agrochemical giant UPL Limited (formerly known as United Phosphorus Limited) in the aftermath of the arson attack on its pesticide and other toxic farm chemicals warehouse in Cornubia, Durban, on 12 July.

Criminal case number CAS 06/09/2021 has been registered at the Verulam police station against UPL for “environmental pollution”, Dr Zakhele Dlamini, a senior official of the KwaZulu-Natal Department of Economic Development, Tourism and Environmental Affairs (EDTEA) told the KZN legislature’s portfolio committee on environmental affairs on Thursday. 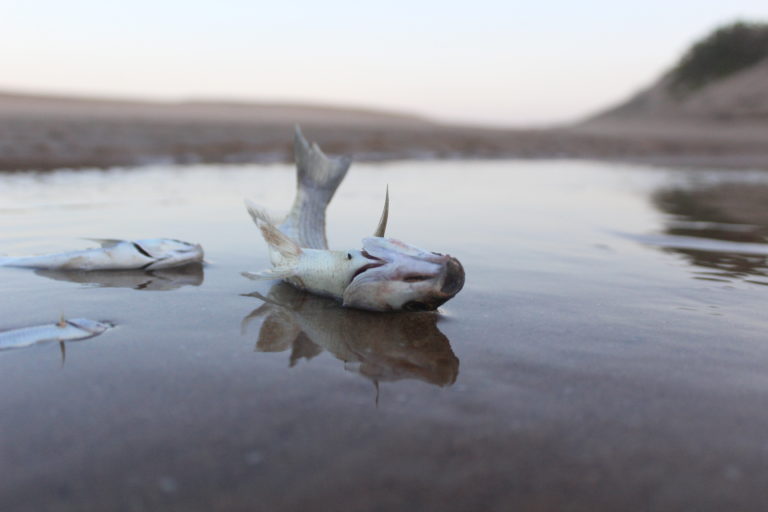 Dlamini said the initial charges may be supplemented by further criminal complaints by the eight government agencies investigating the matter — and his department was also in the process of issuing a further urgent “warning” directive against UPL to compel it to provide further information on matters relating to the pollution of the environment in the wake of a massive chemical fire that burnt for 11 days.

Confirmation of the government’s criminal case against UPL came to light after Democratic Alliance MPL Heinz de Boer requested full disclosure of the case number and police station where charges were laid.

There are several pieces of legislation that cover environmental pollution offences, including the National Environmental Management Act, which provides for maximum penalties of up to a R10-million fine and jail terms for first offenders, while the National Water Act and other laws and regulations provide for substantially lower penalties.

In a clear signal that government authorities are dissatisfied with the information provided by UPL and some of its consultants, Dlamini also hinted at the possibility of serving court interdicts against the company.

“We will be issuing a warning to the company today, and to some of the [specialist consultants]. They will realise that we have changed a gear and we believe these due processes are going to yield the required result.”

UPL — seemingly unaware of Dlamini’s official confirmation of the criminal charges in a sitting of the legislature — has sought to downplay or even dismiss a subsequent media statement issued by De Boer in which he stated that this was likely to become “one of the biggest environmental legal battles in SA history”.

“I think this is going to be a marathon race against UPL and their attorneys,” De Boer told the portfolio committee. 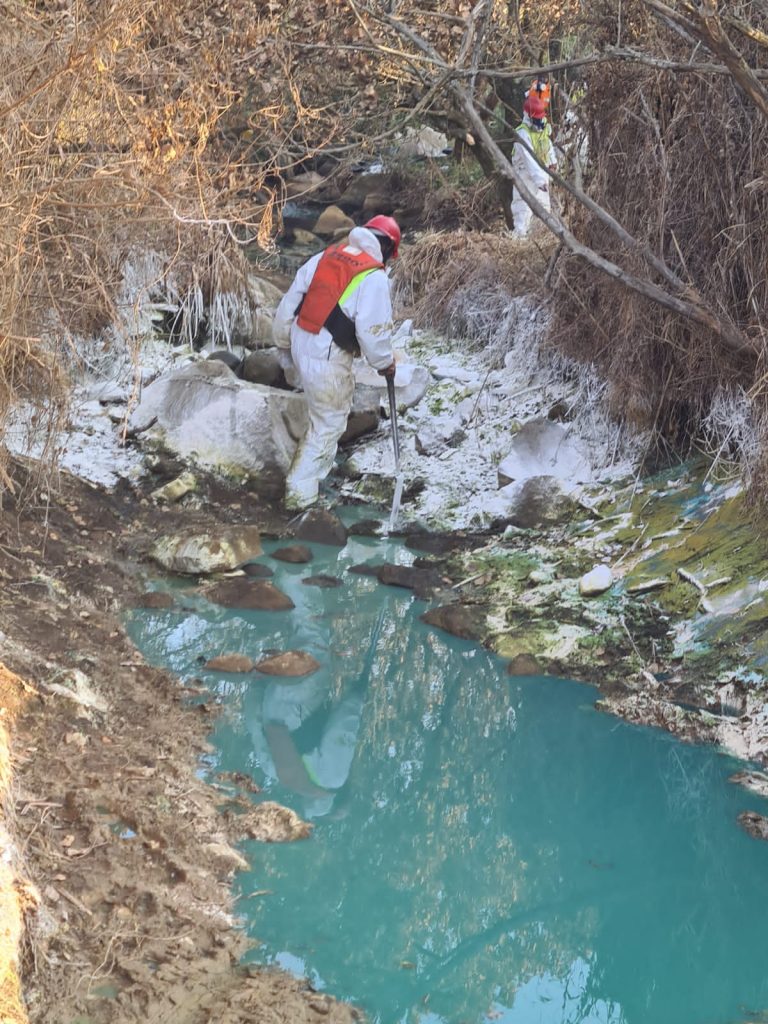 In Durban, at least 3.5 tonnes of dead fish washed up in river estuaries or along the beachfront after toxic chemicals spilled from UPL’s warehouse in Cornubia. (Photo: Supplied)

UPL said it had “noted the statement by Mr Heinz de Boer of the DA that charges have been laid against it in the Verulam Magistrates’ Court for ‘environmental pollution’. It has not seen any charges, nor does it understand the basis for such charges, if there are any, or who has laid them.

“UPL has also noted the statement that it has played ‘cat and mouse’ and has engaged in a litany of actions including providing ‘unsatisfactory reports’ and ‘unsatisfactory responses’ and having failed to supply necessary documents and information to the authorities.

“None of it is true,” it protested.

“Since the destruction of its leased warehouse, UPL has complied fully with its reporting obligations, has been working closely with the relevant national, provincial and local government authorities, and has been fully compliant with the s.30 Directive issued by EDTEA.

“It disclosed its inventories, as required, a considerable time ago, and its team of experts has employed an array of measures to contain and progressively clean up the contamination. UPL is conducting an extensive chemical sampling and testing regime, the results of which are being fully disclosed to the authorities. UPL has, and will continue to give its full cooperation to the authorities.

“Contrary to what has been said, UPL will continue to do everything it can to eliminate the spilled product from the environment, and no expense or expertise is being spared, despite the fact that the event was the result of civil unrest entirely beyond its control.” 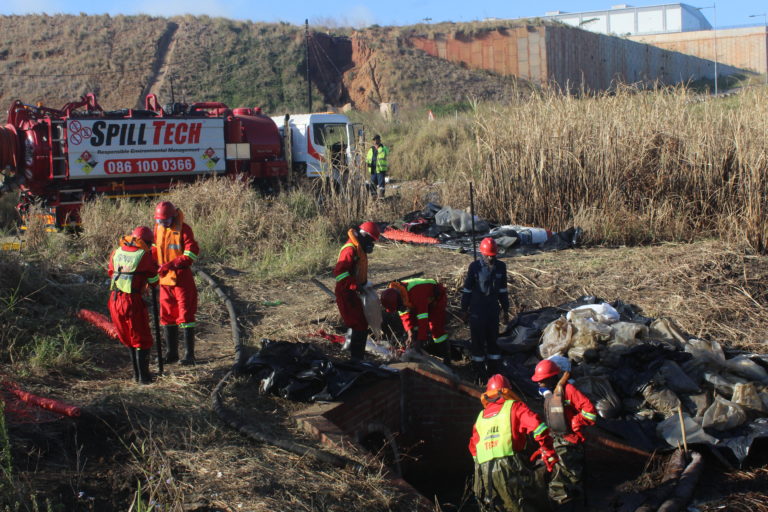 Separately, on its Facebook page, the UPL group has been broadcasting glowing accounts about its environmental, health and safety “achievements” on the global stage over the past year — including apparent recognition by the Dow Jones and S&P Sustainability Index for “corporate sustainability excellence”.

Recent Facebook posts include claims that “UPL is committed to protecting our waterbodies”, that it is “striving to become greener every day” and that sustainability is “my middle name”.

This is from a company that has hounded Indian environmental journalists with “criminal defamation” claims for several decades after they exposed major chemical pollution of rivers next to its chemical plants in India.

In Durban, at least 3.5 tonnes of dead fish washed up in river estuaries or along the beachfront after toxic chemicals spilt from UPL’s new warehouse in Cornubia — which did not appear to have the most rudimentary measures to contain a major spillage of poisons to the environment in the event of a natural or human-induced accident or sabotage event.

In another Facebook post, UPL states that it is committed to “safeguarding the health, safety and environment of our stakeholders”.

These claims will be put to the test at the weekend when Durban residents hold a public meeting at Reddam House Umhlanga to discuss their 11-day exposure to clouds of toxic fumes from a chemical warehouse directly adjacent to residential areas. DM/OBP