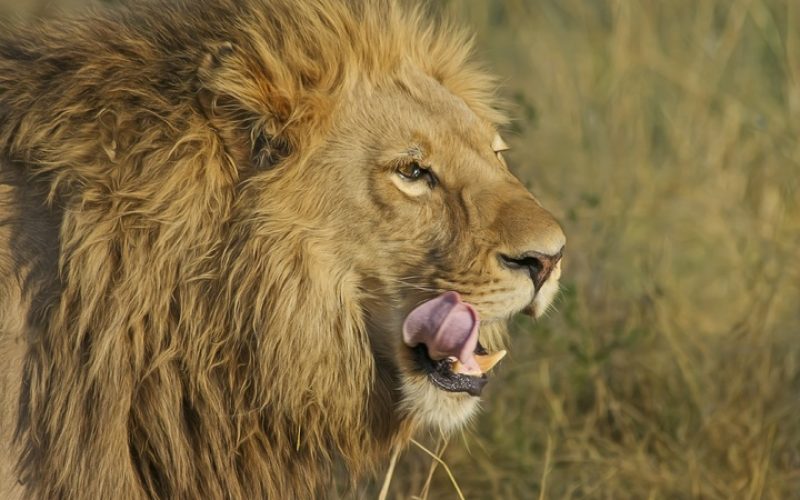 The two government departments that should be dealing with the captive lion trade have gone awol, writes Louzel Lombard Steyn

Captive Bred Lions destined for canned hunting or slaughter for their bones are not protected by South Africa’s animal welfare laws. The Departments responsible for their welfare and regulating the industry are simply ‘passing the buck’.

According to Karen Trendler of the Wildlife Trade and Trafficking unit of the National Council of SPCAs (NSPCA), the welfare of South Africa’s captive-bred lions is falling through the cracks.

“The Department of Agriculture, Forestry and Fisheries (DAFF) is mandated to oversee and administer the Animal Protection Act, under which the welfare of animals falls. The Department of Environmental Affairs (DEA), again, makes policy for wildlife and wildlife trade, like lion bone trade. But the conflict of mandate for the welfare of captive and farmed wildlife, including the welfare of captive bred lions, remains unresolved.
“The buck is passed backwards and forwards. There is just not adequate regulation or any control,” Trendler says.
The Departments are aware of the overlap and conflict of mandate but it is not being addressed. While DEA increased the export quota for lion skeletons from 800 to 1500 for 2018, DAFF states “there are currently no abattoirs registered for the slaughter of lions.”

How, where and when these captive-bred lions are killed for their bones is a mess neither Departments want to dirty their hands with.

“DEA and DAFF are fully aware of the unresolved conflict on welfare mandate – which just adds to our concerns, that in spite of repeated requests and appeals to address and resolve the mandate issue, permits for breeding and the lion quota are issued in the absence of adequate regulations on breeding, keeping and slaughter,” Trendler says.

The NSPCA is also not getting cooperation from the relevant departments or people in the industry in order to execute their duties. “We have to file PAIA (Promotion of Access to Information Act) applications to get information on where the facilities are, in order to inspect them,” Trendler says.

“We are legally mandated to ensure the welfare of all animals in SA, and yet the industry sees us as the enemy.”

No action from DEA, DAFF

Mark Jones from the Born Free Foundation, presenting at a recent parliamentary colloquium on captive lion breeding, echoed the NSPCA’s concerns saying existing legislation “was never intended to deal with the welfare of wild animals bred and hunted or slaughtered in captivity.”

Jones also highlighted DAFF and DEA’s lax attitudes in regulating the industry. He inquired why the Departments had not even formulated draft regulations when they were requested to do so by the International Union for Conservation of Nature (IUCN) at the World Conservation Congress in 2016.

DAFF’s Joel Mamabolo says while there are no specific regulations, “there is work in process by DAFF on developing the guidelines on the welfare of captive lions in South Africa.” Once drafted, the bill would still need to undergo the consultation and legislation processes and once promulgated, its regulations could only be implemented – a process which typically takes at least two years.

In the meantime, without adequate consultation , DEA almost doubled the quota based on an interim report which has been criticised extensively by conservation groups, specifically regarding the lack of scientific data to support the decision.

When the previous quota for 800 lion skeletons was announced last year, the NSPCA filed a motion against DEA for a legal review of the quota. The South African Predator Association (SAPA), which the hinting of captive bred lions , joined DEA in opposing the NSPCA’s motion.

Included in the NSPCA‘s concerns are “the welfare issues, a lack of regulation and the rationality for the basis of issuing the quota,” Trendler says.

Negotiations and the legal processes are underway and the NSPCA says it will take whatever action necessary going forward.

When probed about the welfare of these animals, DEA responded saying captive-bred lions fell under DAFF’s mandate‚ and was therefore not the DEA’s concern.

It was revealed at the recent parliamentary colloquium were that there are around 8 000 lions in captive facilities in South Africa at the moment.