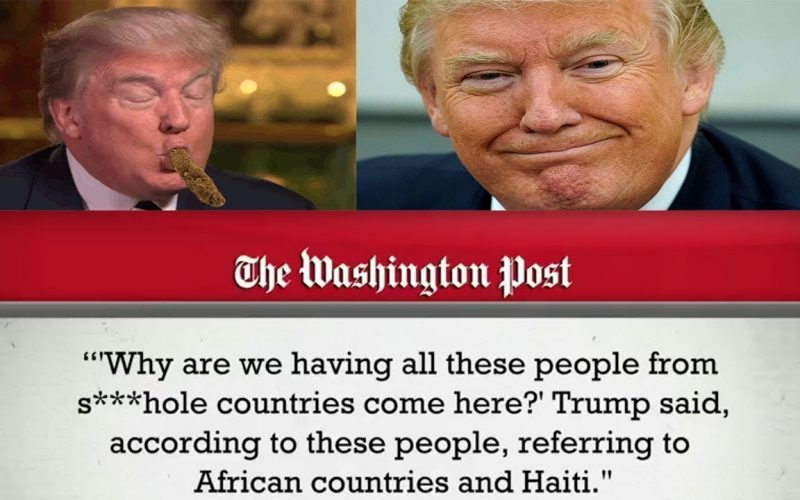 US President, Donald Trump, evidently called Haiti and some African countries “shitholes” not worthy of providing immigrants to America. Safarious deputy editor, Tony Weaver is proudly Shitholian, and in his Man Friday column, takes us on a short guided tour of some African shitholes.

So President Donald Trump thinks that Africa is a “shithole” (and he also seems to think that Africa is a country). Perhaps I can tell the orange one about some of the shitholes I have been to in Africa?

That shithole, Mount Elgon, perhaps, straddling the border between Kenya and Uganda, where, after a tough day’s hiking we lay in a hot spring at 4 000m above sea level and watched a herd of elephants ghosting past our camp. Where the local shepherds led us to secret parts of the Suam River where fat trout darted through the deep pools.

Or the Simyen Mountains in Ethiopia, where we trekked in on the backs of mules, sleeping every night in the tukuls (huts: the Donald would call them shitholes) of the local peasant farmers, where gelada baboons barked at us, Walia ibex ran down the cliffs, and we gazed down on lammergeiers coasting on the thermals a thousand metres below us.

Or Harar in the Ogaden Desert, the fourth holiest city of Islam, where we wandered through the home of the flamboyant French poet and gun runner, Jean Rimbaud, and at night watched as the hyenas were fed outside the walls of the gated city. Perhaps Mr Trump would be interested to know that the shithole Harar’s recorded history goes back to around 1216 when the cleric Abadir Umar ar-Rida settled there, and that it was named the capital of the Adal Sultanate in 1520, back when much of what is now America was a malaria-infested shithole.

I could tell him about sailing a dhow with the local fishermen around the shithole islands of Mozambique’s Bazaruto Archipelago, or Ilha da Mozambique, Zanzibar, or the islands of Lamu, all of which were advanced civilizations when Mr Trump’s ancestors were killing each other with spears, arrows and burning oil. 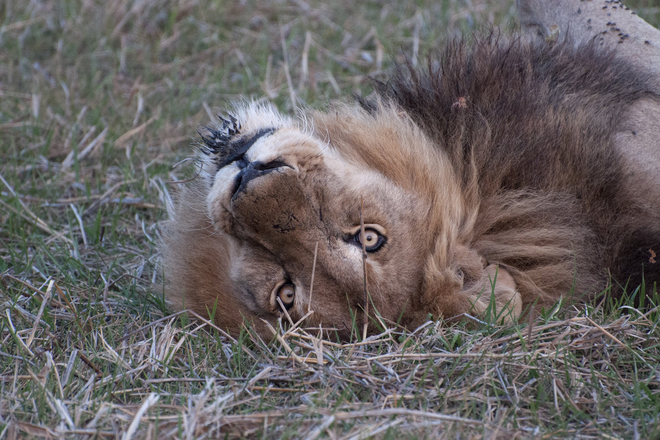 Don’t you dare call my country a shithole. And my orange hair is bigger than yours, shithole. Photo: Tony Weaver

Perhaps I could tell him about some of the world’s greatest wildlife shitholes – the Nyika Plateau in Malawi; Zambia’s Kafue, Luangwa Valley and Liuwa Plain; multiple places of beauty and wonder in South Africa; the Maasai Mara and the Laikipia Platea; Botswana’s Central Kalahari, Chobe, Moremi, Savuti and the Okavango Delta; Zakouma in Chad; Hwange, Mana Pools, Matusadona and Chizarira in Zimbabwe; Namibia’s (Nambia’s?) extraordinary vistas, from the Namib Desert to Etosha, to Damaraland and the Kaokoveld; and of course, Tanzania.

And I could tell him about all the dedicated men and women from those shitholes who sometimes give their lives to protect those great wildlife wonderlands, often against poachers hunting rhino horn for sale to one of the oldest civilizations of all, China. But of course, Mr Trump’s sons, Donald Trump Jnr and Eric, are avid elephant, leopard and buffalo hunters, so he knows all about the wild shitholes of Africa.

I once wrote about one particular moment out of many moments from that shithole called Tanzania – it went like this:

We had been in the Serengeti for two weeks. It was at the height of the migration. It was quintessential Africa, vast plains of tawny grass dotted with umbrella trees, a sea of milling wildebeest and zebra, grunting and snorting in a mad bedlam of insane noise. We followed the migration out of the park and into the Grumeti conservation area, a corridor of protected land where nomadic pastoralists and wildlife live side by side.

An hour before sunset, we set up camp at the foot of a small koppie looking down towards the Grumeti River. We were in the Garden of Eden: Spread before us on the plains was one of the greatest wildlife spectacles on earth, thousands upon thousands of animals, wildebeest, zebra, giraffe, ostrich, kongoni, elephant, lion, Thompson’s gazelle. They moved unquietly back and forth, politely keeping a hundred metres from our camp.

Late into the night the grunting and groaning continued, singing us to sleep. We woke to silence. The plains were empty. Not a single animal remained. They had ghosted off in the night, leaving us wondering if we had imagined it all.

That, Mr Trump, is this shithole called Africa. It is my home, and I am a proud Shitholian. 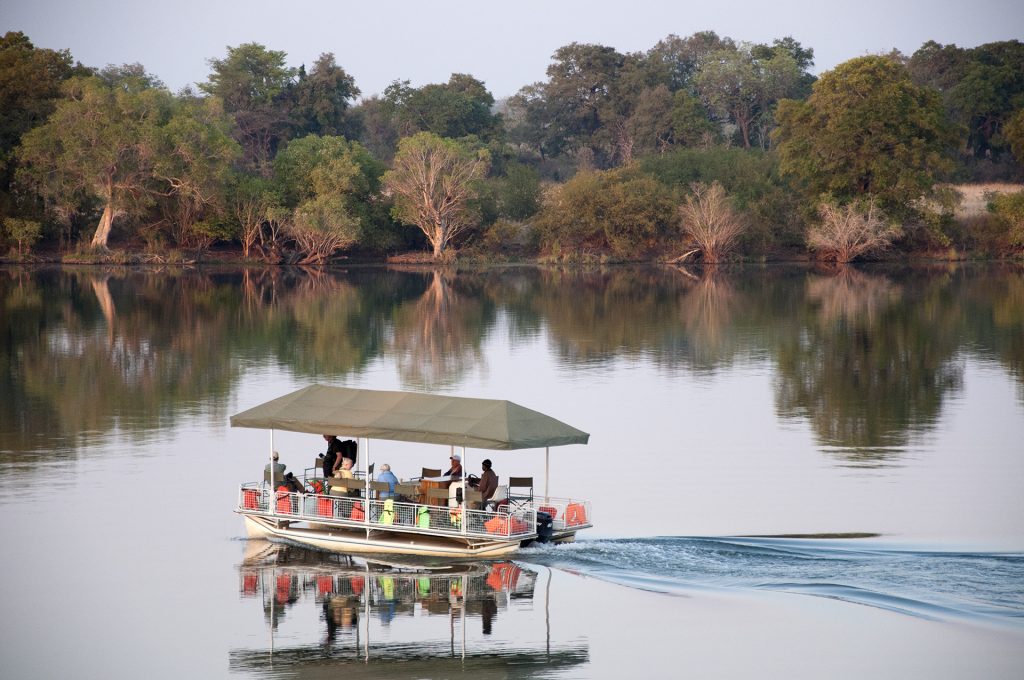 Sailing down the shithole Kafue River at sunset in that shithole country, Zambia. Photo: Tony Weaver

Tony Weaver, one of Africa’s most widely published photojournalists, is the deputy editor of Safarious.  Read more.