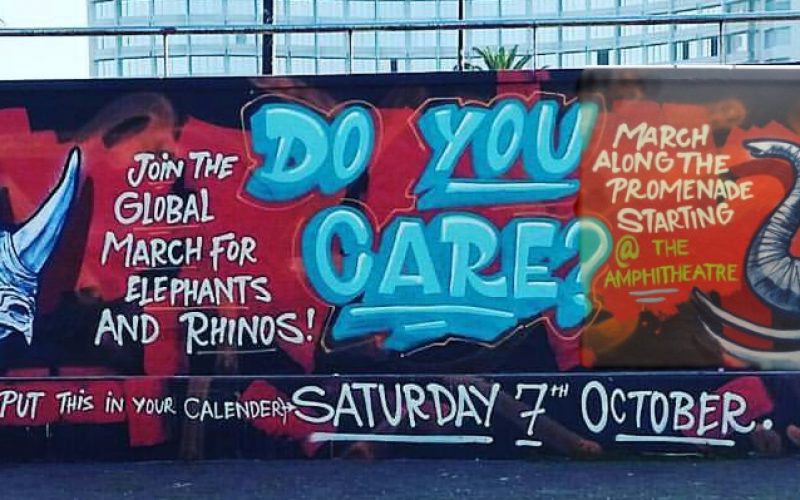 Several thousand people in 97 cities worldwide – from Gaborone to Canada – are taking part in a global march tomorrow to raise awareness about the impacts of poaching and the associated illegal trade in wildlife.

The march has been pitched as the “biggest international event” ever held in aid of vanishing wildlife with a focus on elephants, rhinos and lions.

It is estimated than around 100 elephants are killed in Africa every day – an annual toll of around 35,000, said Cath Jakins, a criminologist who heads up the Durban chapter of the Global March for Elephants and Rhinos (GMFER).

“And in South Africa, over 1,000 rhinos were poached last year alone, compared to just 13 in 2007. On average, three rhino are now killed in South Africa every day – about one every eight hours. If this rate of killing continues to rise, local rhino populations could face extinction within the decade,” said Jakins.

The Durban leg of the march is happening on the beachfront and will be led by two Grade 11 Westville Girls High School learners, Amera Valiallah and Arabelle Samuels.

“Our entire committee is made up of high school students from the Durban area,” said Jakins.

Jakins said a day’s entertainment following the march would raise funds for Project Rhino KZN and the Hluhluwe-iMfolozi K9 Unit which uses specially trained dogs to track down poachers.

But it costs a lot of money (almost R 14,000 a month) to keep one dog and his trained handler in the field and funds are running dry.

“It was not as big as what we’ve planned this year,” said Valiallah, who hopes that as many as 600 people will turn out tomorrow.

People can join the march at Durban Amphitheatre at 9.30 am.

“We will then march to Suncoast Casino and return to the Amphitheatre for the day’s activities presented by Danny Guselli,” said Valiallah.

It is estimated that at least two to three captive bred, tame lions are killed in canned hunts in South Africa every day.

This story was also published in The Mercury. Click here to view pdf of published story. 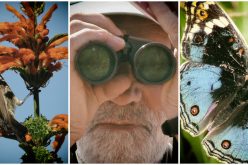 On a wing and a prayer: How perestroika put a Cape bird-lover on a fascinating new path