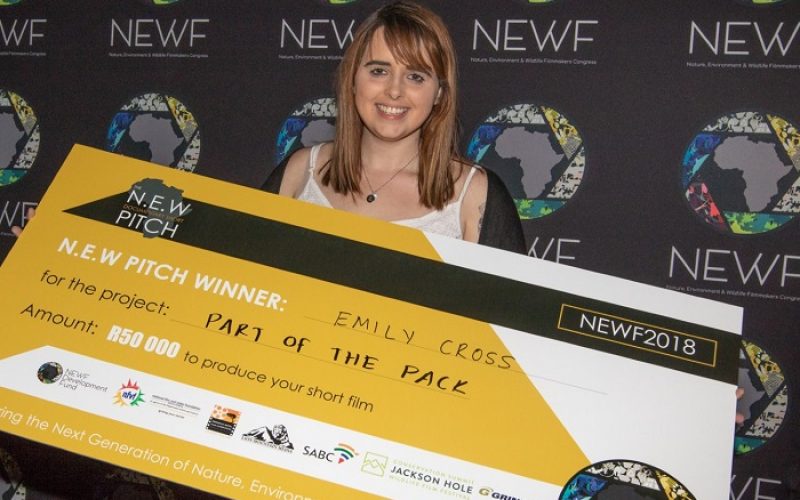 YOU could say the African wild dog has got under Emily Cross’s skin, writes Izze Siemann.

She has one tattooed on her forearm and has now secured financial support to make a short film about the colourful endangered canines.

“The lack of knowledge about the African wild dog is ridiculous,” says Cross, referring to the general lack of awareness and understanding of wild dogs by the general public.

She plans to help change this with a short documentary, Part of the Pack, for screening at schools in communities that live near wild dogs’ natural habitat in KwaZulu-Natal, South Africa.

She hopes this will become a precursor to a full-length documentary.

Cross was among four winners of the N.E.W. Pitch awards at the recent Nature, Environment, and Wildlife Filmmakers (NEWF) Congress which formed part of a month long film feast in Durban.

The Durban woman was also the winner of the NEWF audience award, with a prize of game drives and accommodation at the Pilansberg National Park and Madikwe Safari Lodge.

As a cherry on the cake, Cross’s boss, David Leslie of the Tomfoolery Film Production Company, will also be supporting the making of the film. Before the competition, Leslie said he would either match the R50 000 pitch prize if Cross won or give her the cash if she lost.

With this extra prize money, Cross plans to sponsor a tracking collar in support of efforts by Wildlife ACT to monitor wild dog populations in KwaZulu-Natal. Collars allow dogs to be tracked for research purposes, to predict future movements and prevent conflict with humans and domesticated animals.

African Wild Dogs are the second most endangered carnivore in Africa after the Ethiopian Wolf. According to Wildlife ACT, there are fewer than 550 roaming wild spaces in South Africa.  This is largely due to ongoing habitat fragmentation, conflict with human activities and infectious disease.

Cross, whose day job involves making commercials, said all the N.E.W. Pitch finalists had gained valuable insights about their pitches from the judging panel and experienced filmmakers. 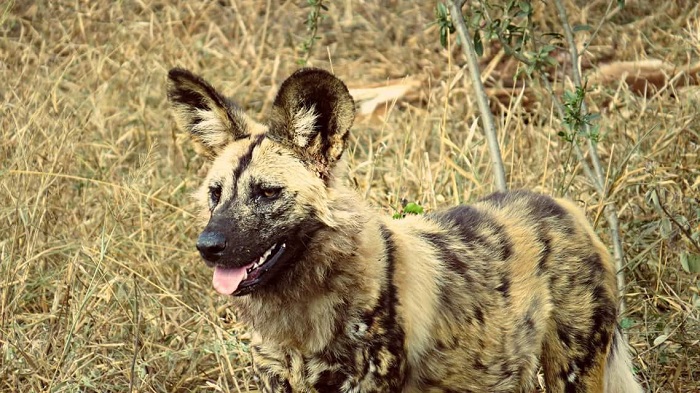 Animated at having had a deep conversation with DuFour before realising who he actually was, Cross said afterwards: “I was thinking: What? Wow!’.”

Other finalists also got a boost of confidence from engaging with experienced filmmakers.“I always wanted to be a wildlife filmmaker, but it never occurred to me that I could actually make my own films,” said Tessa Barlin.

She pitched Becoming One – a story about Lucky Mahlatsi Rapitsi who empowers rural children through nature and wildlife photography.

The 23-year-old University of Cape Town Film Studies graduate also won a R50,000 production grant and believes in focusing on people and the environment, together.

“We can’t do conservation without people,” said Barlin.

The two other N.E.W Pitch winners were Londiwe Shange for “Toxic Relations” for her proposed documentary about life in and around the polluted Durban South’s industrial zone and Jessica Singh for her film “Epic Encounters” which looks at looking at saving Africa’s deadliest snakes.

The four winners will have access to mentorship during the production of their short documentaries. The films need to be completed within a year, and will then be combined into a once-off 48-minute TV documentary, which will be broadcast on national television.

Three other finalists walked away with mentoring support from 50/50 – SABC TV’s environmental television show. They were Surprise Matlaila, Myles Arendse and Liana Hassim, the writer and director of the short film Behind the Monologue which featured at this year’s Durban International Film Festival.

Hassim said the NEWF Congress had allowed her to pursue “a whole new avenue of film”.  “Environmental film has a completely new, different feel. I’ve always focused on fiction – really bloody and gruesome fiction at that. So this is a whole new avenue for me,” said Hassim whose documentary pitch, Vida, follows a homeless woman representing Mother Earth and the challenges she faces.

Despite missing out on the prizes, another finalist, Tumo Maokisa, from Botswana, said the grooming experience had been invaluable to him.It’s all about the contacts you can get, said Maokisa. “They will help you become the best filmmaker you want to become. I got here because I believe in people,” said Maokisa.Maokisa, who has travelled widely – China, India, and Europe –  had pitched a proposed short documentary, When We Worked Away, about sustainable farming.

He said as there were no similar events in Botswana, he will be telling other filmmakers about the N.E.W. Pitch competition back home and on his next travels in Kenya, Tanzania, and Ethiopia.

Talking at the prize-giving, NEWF’s programme director, Noel Kok, said if the “energy of the event keeps up, then nature, environment, and wildlife have a chance.”

Lauren van Nijkerk, deputy director of marketing for WildTrust, a co-sponsor of the event, agreed.

“The passion in the room each day was electric,” said Van Nijkerk. “I definitely feel inspired to go forth and tell some more stories through film.”As does Cross, who started work on her Part of the Pack documentary this week. 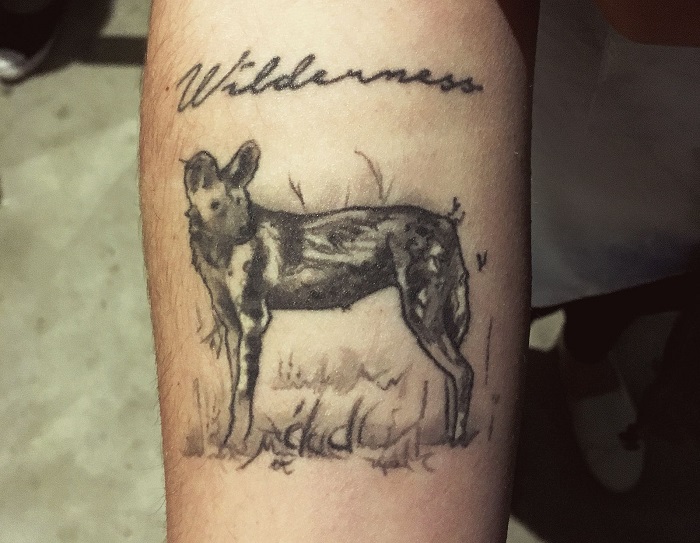 In her pitch, Cross had recounted her very first sighting of wild dogs at Mkuze Game Reserve in 2011. She took a photo of an African wild dog that had lingered by their vehicle for 40 minutes.

A picture of that very dog now lives on in ink on the 21-year-old’s forearm. The word “dad” is tucked in the grass beneath the dog, a nod to her father with whom she shared the rare sighting.

Cross also thanked her grandfather, recently diagnosed with leukemia, without whom she would never have visited a game reserve. “The fact that I can still go through this process while he’s around has been so personally rewarding and I would like to say thank you to him for what he has introduced to my life.”

Robert Cross worked as an editor for African Wildlife magazine. Emily Cross’s passion for wild dogs isn’t just under her skin, it’s in her blood too.– Izze Sieman