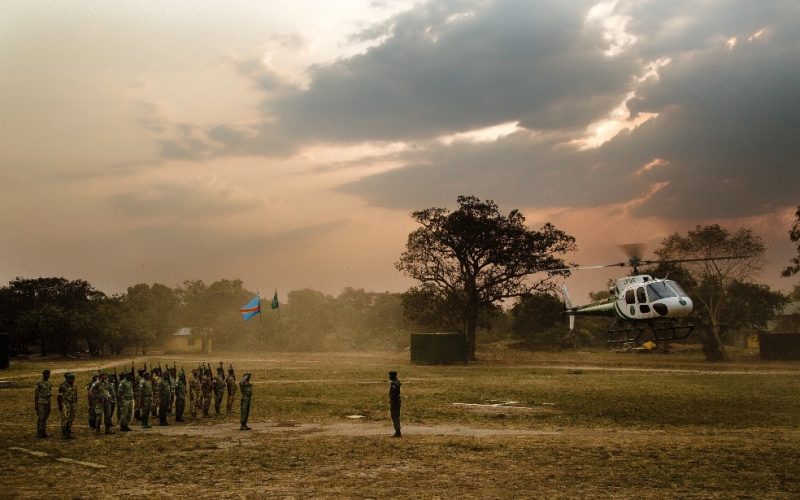 Today is World Ranger Day – a day of global recognition that shines a spotlight on the world’s Rangers, brave men and women who risk their lives on a daily basis protecting the last wild places, writes Peter Fearnhead, CEO of African Parks.

African Parks has the largest Ranger force for any one NGO in Africa, of almost 1,000 strong. They work in some of the wildest, most remote and often extremely dangerous environments, bringing critically needed security to both people and wildlife.

These Rangers are achieving good results. Majete’s Ranger teams in Malawi have not lost one rhino or one elephant to poaching since the species were reintroduced in 2003 and 2006. In Zakouma in Chad, the highly skilled mamba Ranger units have drastically reduced poaching, and elephants are on the rise for the first time in decades, with a record number of new elephant calves being born. Rangers are also delivering life-saving security to Chinko in Central African Republic, providing safe harbour to people fleeing conflict, and helping to rebuild homes destroyed by the civil war

But Rangers need your help, and your donation can help African Parks supply rangers with water filters which provide clean water while out on patrol, mosquito nets, rugged, all-terrain boots. advanced medical kits. Delorme satellite tracking devices and other life-saving technology for Rangers in emergencies.

African Parks is a non-profit conservation organisation that takes on the complete responsibility for the rehabilitation and long-term management of national parks in partnership with governments and local communities. It currently manages 15 national parks and protected areas in nine countries covering 10.5 million hectares: Benin, Central African Republic, Chad, the Democratic Republic of Congo, Malawi, Mozambique, the Republic of Congo, Rwanda and Zambia.