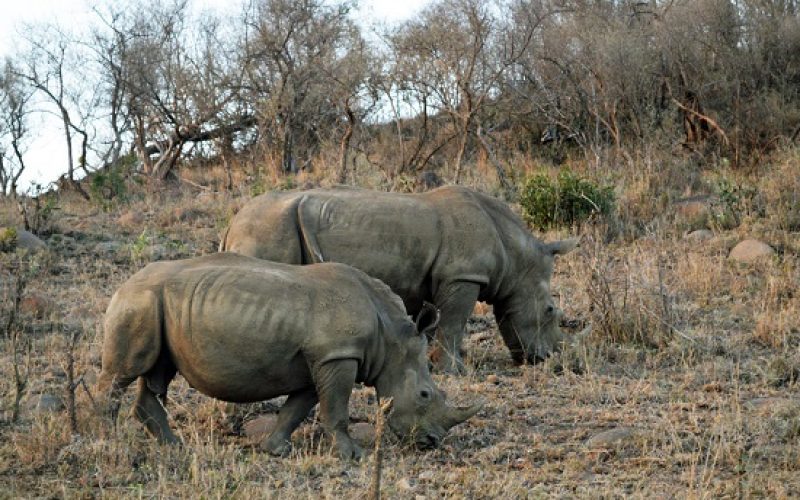 Calls to legalise the trade in rhino horn are to come under the spotlight at this week’s 2017 Symposium of Contemporary Conservation Practice that gets under away in Howick in the KwaZulu-Natal midlands tomorrow.  Fred Kockott reports

The symposium sees more than 350 scientists, conservationists, legal experts, wildlife managers and environmentalists gathering to share ideas about what can be done to address biodiversity loss, wildlife crime, habitat destruction and pollution of the ocean and river catchments.

Organised by Ezemvelo KZN Wildlife in association with Wildlands, the University of KwaZulu-Natal and the Endangered Wildlife Trust, the symposium aims to enable greater public engagement in conservation and strengthen environmental policies and laws to ensure survival of endangered species.

This year’s symposium covers a wide range of topics, from converting whale watching into conservation action and the use of drones for conservation monitoring through to progress made by the Peace Parks Foundation in creating of a massive transfrontier park incorporating areas of far northern KwaZulu-Natal, Mozambique and Swaziland.

Debris pollution of the Durban harbour, the impact of microplastics on fish and the ‘Rethink the Bag’ concept in addressing plastic pollution also feature on the five-day programme.

What is likely to spark the most public debate, however, is the issue of legalising the domestic trade in rhino horn .

While the Endangered Wildlife Trust has argued that this will tarnish South Africa’s international conservation reputation and potentially drive rhino populations to extinction in neighbouring countries, Pelham Jones, chairman of the Private Rhino Owners Association, states that the legal trade in rhino horn will greatly benefit conservation efforts and effectively bring an end to the scourge of rhino poaching.

In a foreword to his symposium presentation, Jones quotes the much-loved doyen of wildlife conservation, the late Dr Ian Player: “To exist in an unnatural world, animals must have a commercial value that can be exploited. Without it, their chances of survival are slim”

Jones argues that the well-intended international CITES ban and domestic moratorium in trade in rhino horn have not proven successful.

“These bans have not saved the life of a single rhino and have helped create vast trans-national organised crime syndicates who profiteer through illegal trade in wildlife,” states Jones.

Whereas rhino populations in state-owned game parks in Africa have been decimated, rhinos are thriving on private game reserves in South Africa.

23 of 33 original African range states no longer have rhino, say Jones. In comparison, more than 6,500 rhinos can be found on private game reserves in South Africa – 37% of the national herd and more than the rest of Africa combined.

According to Jones, poaching pressures have recently caused more than 70 game farm owners to sell all their rhino.

He estimates that since 2009 private reserves have spent over 2 billion rand in rhino security and rhino management with little to no income.

The legal trade in rhino horn would address this, says Jones. 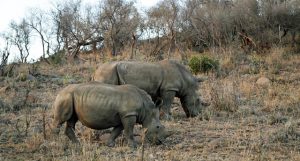 Featured image: The Hlhluhluwe-iMfolozi Game Park in KwaZulu-Natal is one of the last remaining wilderness areas where rhinos roam in their natural state. Photo: Fred Kockott