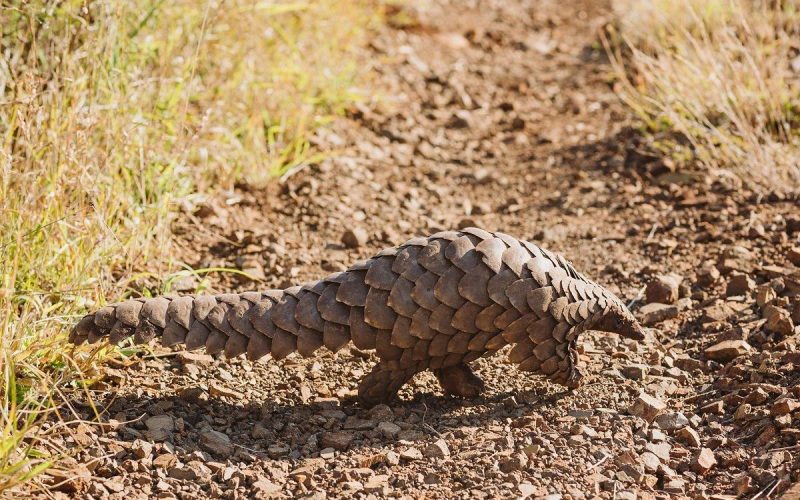 . . . where the species became locally extinct 70 years ago

In a world first, a reintroduction program has been launched to release endangered Temminck´s Ground Pangolin (Smutsia temminckii) into a KwaZulu-Natal region where they become locally extinct decades ago, writes Nicola Gerrard.

With hardened scales made of keratin to protect their soft bodies, and the ability to roll up into a tight ball when threatened, the pangolin is an incredibly prehistoric-looking creature. Much like the rhino horn, the pangolin scales are highly sought after in the illegal wildlife trade.

The animals in this program were poached from the wild and eventually rescued on sting operations conducted by SAPS and Green Scorpions, said Karen Odendaal, Manyoni Managing Director. 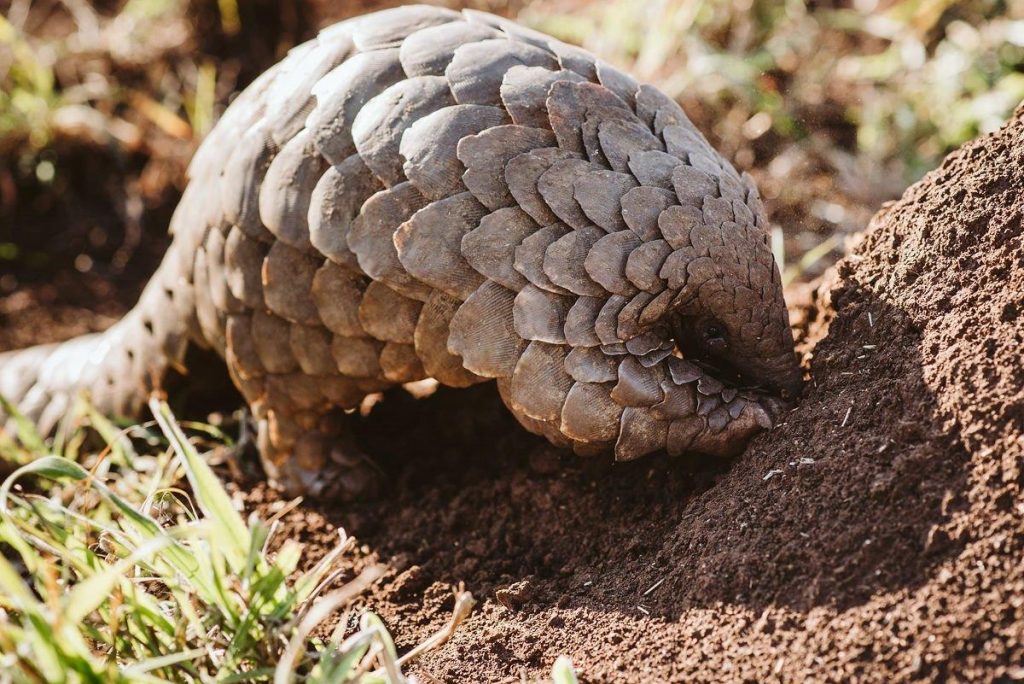 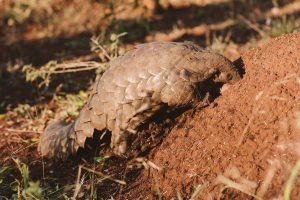 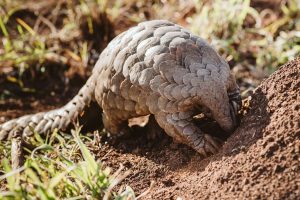 Pangolins do not have vocal cords and their only defence is to roll into a ball and lie very still.

“Sadly these defensive mechanisms makes them extremely vulnerable to poachers and very easy to conceal them. Whilst in the hands of poachers these pangolins deteriorate due to stress, dehydration and lack of food. But there are people fighting against this trade and each animal rescued is given a second chance at life,” said Odendaal.

When survivors arrive at the JWVH they receive intensive care and are nursed back to health by a dedicated team and once they are strong enough the pangolins are taken to a suitable reserve (Manyoni being one of the sites) where the “soft release” process begins.

With staggering poaching statistics severely threatening the species, Pangolins have been dubbed the worlds most trafficked mammal. It is for this reason that the Zululand Conservation Trust has dedicated a large number of our conservation funds towards the protection, rehabilitation and monitoring of these incredible animals.

“Reintroducing a species back into their historical range is bitter sweet for me. It is great to be part of such an amazing conservation program but so sad that they became locally extinct in the first place, added Odendaal.

As with many conservation projects, the need for resources is one of the major factors for this program to continue and succeed.

“We need a number of resources such as vehicles, personal and specialised equipment,” said Leno Seirra, Zululand Field Manager for the African Pangolin Working Group.

Once an individual arrives on site, they undergo a multistage soft release process which is tailored for each animal and can last up to 4 months before the final release phase, said Seirra. “Thereafter, they are monitored very closely using specialised satellite tracking devices to track their movements and locate them daily to check their weight, tick load and general condition. 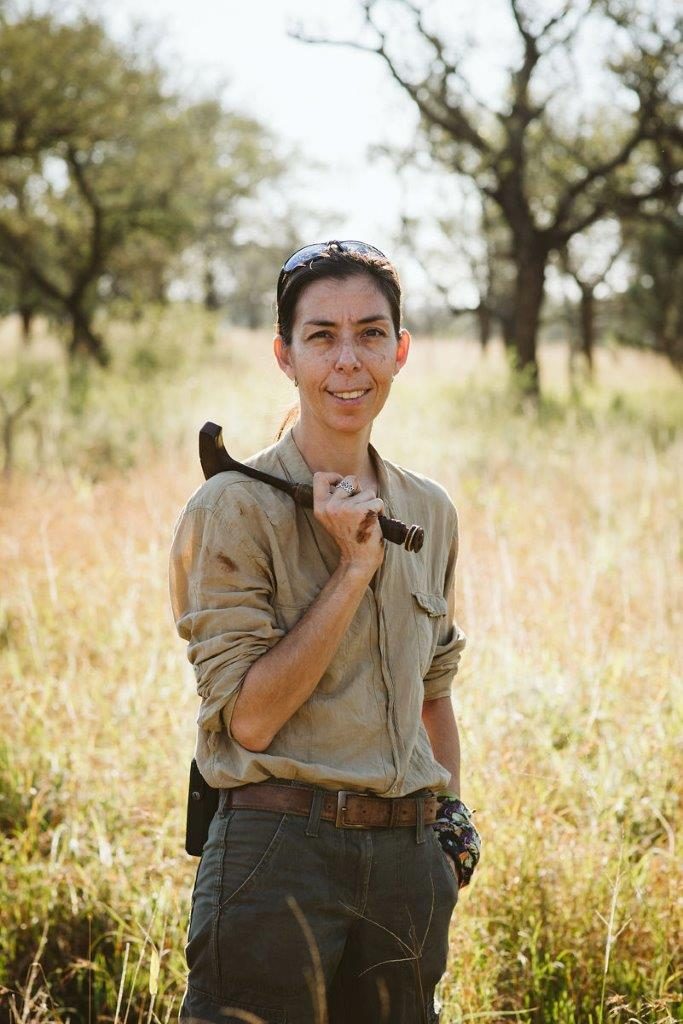 The rehabilitation of the Temminck´s Pangolin is an intensive program as the animals require around the clock monitoring to ensure they acclimatise, finding suitable food and gain weight.

Currently, we are working with ‘Cory,’ (estimated age of 2 years)  “who I take out into the reserve every single day for up to 4 hours, to forage and feed in a wild space until she is of the correct weight to release,” explained Seirra.

‘The ZCT have been involved in the hands-on monitoring and soft release process, and have funded the equipment needed to ensure reliable monitoring. The Temminck´s Pangolin has not roamed Zululand for nearly 70 years and so this is a historic moment for us and an incredible project of proactive conservation of an extremely endangered species,” said ZCT project co-ordinator,  Frances Hannah. 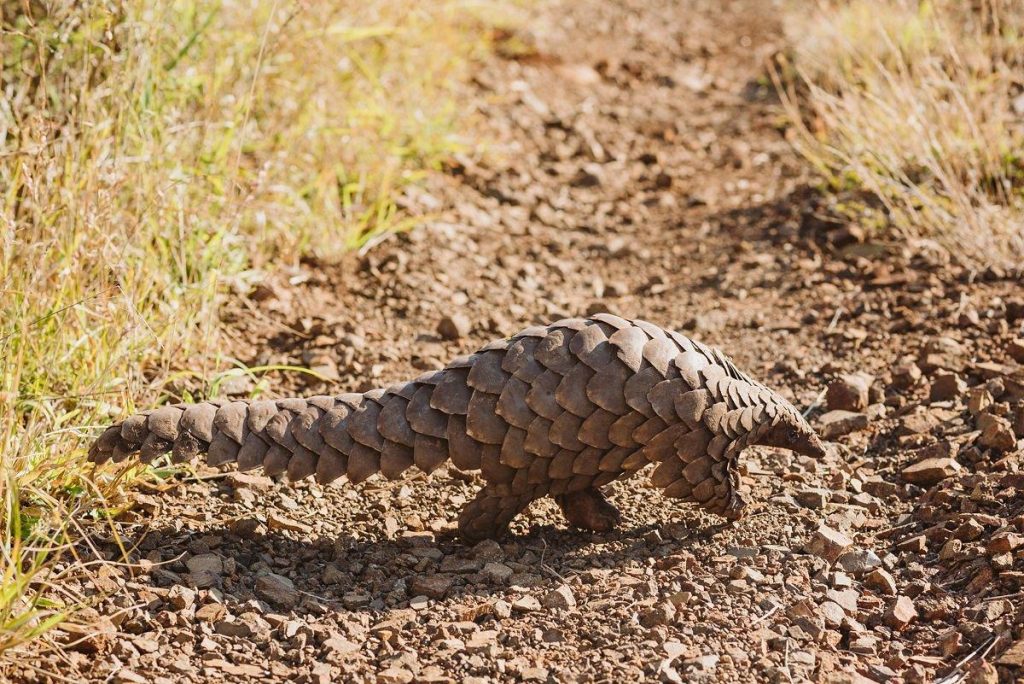