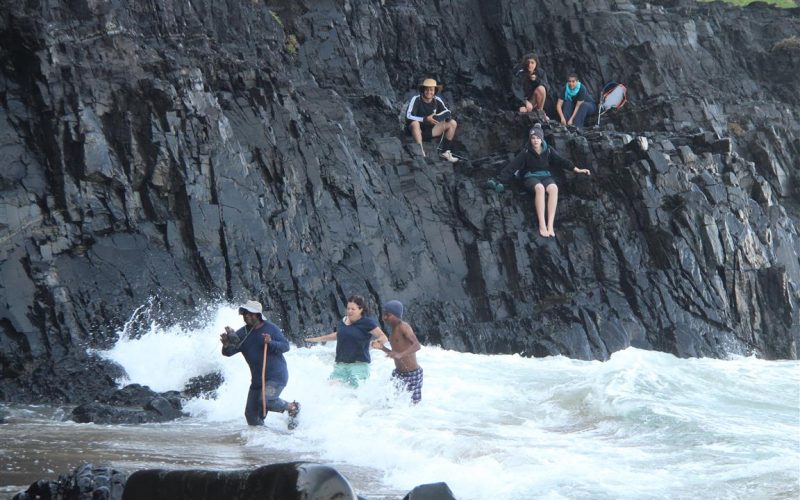 Pooped but proud to have finished, Shona Aylward looks back on the demanding final days of the Wild Coast hike and salutes their energetic guide.

The crowing of a rooster wakes us like an annoying alarm clock. The daily routine of a homestead starts early, we have discovered.

Like crabs we scamper along the coastline, climbing the steep rocky hills and then descending into scenic bays, even crossing a river carrying our bags on our heads. 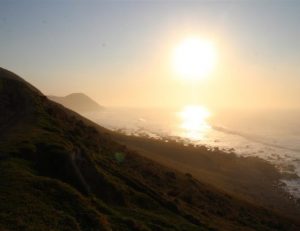 EARLY START: A magic morning on the Wild Coast. 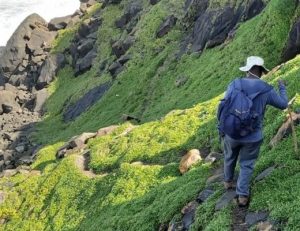 At the age of 50, our guide Sinegugu Zukhulu is super fit and we stride along the single-file track to Ingo beach.

At this spot, Zukhulu stops to explain that some fishermen’s cottages in the area were demolished around 2008 as they contravened the Environmental Conservation Decree of 1992. They were deemed to have been erected without a permit or lawful authority and had damaged the natural vegetation within the protected coastal zone.

Zukhulu said the community was unhappy about this ruling as many people employed at the cottages had lost their jobs.

During the course of the day, we learn about dung beetles, the different uses of lemon grass, mangrove swamps and the pretty snails that climb the mangroves when the tide is rising. 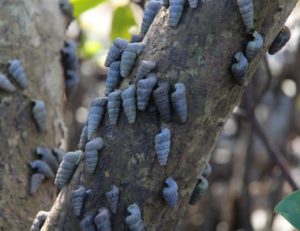 HIGH AND DRY: Snails climb the mangroves to escape the high tide. 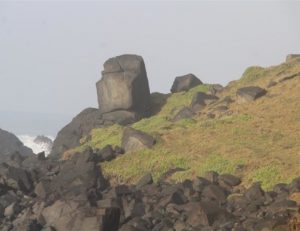 STONE SHAPES: What animal does this rock resemble?

“What kind of animal does that rock look like?,” asks Zukhulu, pointing his stick at a large boulder.

It’s a rhino, dinosaur, hippo! We all shout out our guesses.

We are certainly walking on the wild side!

We crawl down a cliff-side pathway, at times guided by our hands. 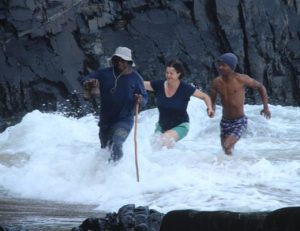 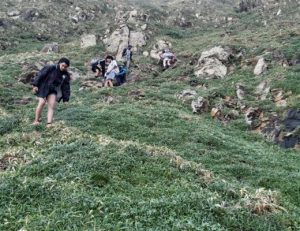 SLOW, DOWN: Out of our comfort zone on a steep descent.

It appears the tide is coming in and it is almost impossible to  get to shore without becoming drenched.

We have to step out of our comfort zone. One by one we must climb down a rock face and must time it well so we don’t get hit by a wave, before making it to shore.

Our last night is spent at the wonderful homestead run like clockwork by the remarkable Ncumisa Sonakepu (38).

It’s mixed emotions at the dinner table, as it is our last supper together and we know our Pondoland adventure is drawing to an end. 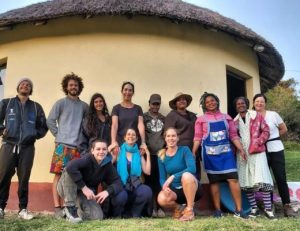 SMELLS LIKE TEAM SPIRIT: The group’s last homestay with Ncumisa Sonakepu at the village of Noqhekwana.

The last day has arrived.

We leave the village of Noqhekwana and hike to Port St Johns, where we catch a taxi for the two-hour trip back to the Wild Coast Sun.

If I was asked to describe this eight day journey in one word? 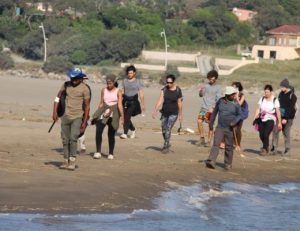 NEARLY THERE: Hikers embrace the last stretch of the Wild Coast hike. 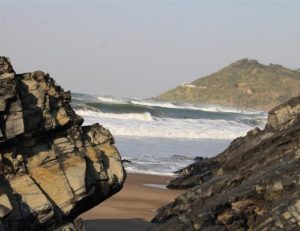