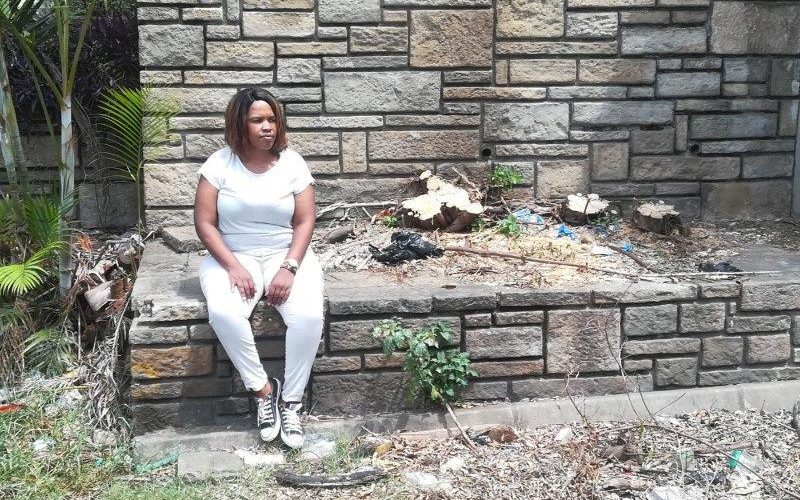 What does a rookie Roving Reporter do when briefed to find out about a suspected serial rock-thrower? Oh and yes, no one in the newsroom has his name or knows where he lives.

I’M ON THE trail of a man who police say dropped rocks, including one nearly the size of a soccer ball, onto cars on the N3, near Durban’s Tollgate Bridge.

This was my first assignment and I am intrigued. Who was this man? What was his mental state?

The Sunday Tribune newsdesk felt we needed to follow the case in court but also track down the man’s family. We wanted to understand where he comes from, talk to him and find out what makes him tick. 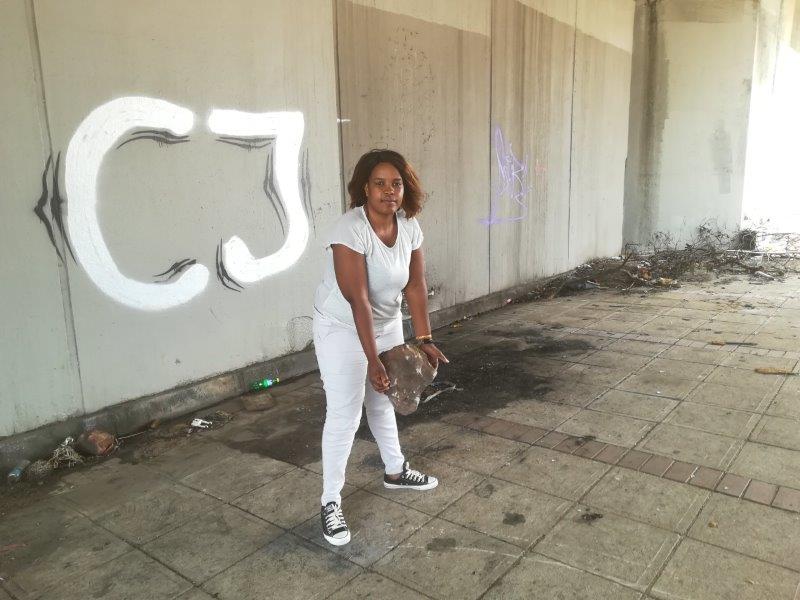 On the trail of a rock thrower, Bukeka Silekwa discovered plenty of rocks adjacent to the N3 under the Tollgate Bridge in Durban.  Photo: Fred Kockott

The 27-year-old was arrested on February 17 after he had been beaten up by people who had allegedly witnessed a rock-throwing incident.

Metro police spokesperson Parboo Sewpersad told the Sunday Tribune the suspect had thrown a rock off the Tollgate Bridge on to a passing car below.

Sewpersad said the suspect was later linked to another rock-throwing incident that had happened earlier in the day, and allegedly admitted to previous incidents while being questioned by police.

“The suspect said he was unemployed and derived personal satisfaction from damaging cars,” said Sewpersad.

Could this really be the case? I wondered. And what kind of life did a man have that would drive him to do this? 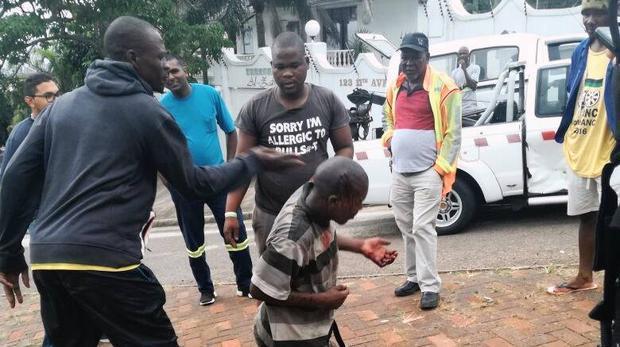 The Monday after his arrest I was briefed to go to Mayville police station where he was being held before his first court appearance. I hoped to meet the investigating officer.

I come from Cala in the Eastern Cape and don’t know Durban, so getting to Mayville was a challenge. There I faced a bigger hurdle. I did not know the suspect’s name or what to ask the police.

Luckily, policemen on duty knew of the case. They told me he was about to be taken to court. Soon afterwards, I saw three handcuffed men being put in the back of a van.

With a helpful taxi driver (himself a victim of rock throwing), we follow the van to court. I look for someone who might know the accused – a friend or relative – but  apart from police, court officials and journalists, there is no one.

Finally, he enters the courtroom, glancing around. Is he expecting someone? He has cuts on his hands and wounds, still fresh, on the right side of his head. His shirt is torn, dirty and blood-stained. Standing before the magistrate, he seems confused.

His appearance is brief and Nkosinathi Mthalane, as he is identified, was not asked questions. The case was adjourned for police to investigate further.

Meanwhile, I needed to know more. It was time to find out about Mthalane, talk to family and neighbours. But how or where to find them? We had heard that Mthalane lived in an informal settlement in Cato Manor. How do you find the home of someone in such a place? Again I set off for a place that meant no more than a name to me.

“yiCato Manor yonke lena,” said the old woman who had been sitting next to me in the taxi on the way there. “This is Cato Manor. Uqaphele izikhothane,” she said as I got out. “Beware of thieves.”

Cato Manor is a big place, sprawling with RDP houses and shacks. The smell of struggle was hard to miss. I took a deep breath. It would be a long day. And what were my chances of finding Mthalane’s home, family or friends?

The sun was beating down, the temperature rising. I was already sweaty, from heat and fear.

Around a corner, young men sat on a rock smoking something, killing time. I remembered the old woman’s warning. Perhaps Mthalane had sat on the same corner, I thought. Perhaps they knew him. I swallowed my fears and introduced myself.

No luck. I wandered around for a while before it dawned on me that most of the men here call each other by their nicknames. Would they even be able to put a face to the name Nkosinathi Mthalane?

I went home late that day with nothing to show for my effort, pinning my hopes on the next court appearance, on March 5. At first he seemed calm in courtroom 10, but that did not last.

He originally faced two charges of malicious damage to property, but he now heard that the prosecutor was escalating the charges to six counts of attempted murder – the number of lives imperilled in two rock-throwing incidents on February 17, and an earlier case on the July 23, 2017.

Explaining the seriousness of the charges to Mthalane, magistrate Sophie Reddy told him that he needed to get a lawyer. The case was postponed to March 19.

So another Monday dawned. This time, Mthalane looked a little better. His wounds were healingand he was represented by a Legal Aid attorney, Ashika Ramdalary.

Ivan Padayachie of the SAPS provincial organised crime unit, who is handling the case, requested another adjournment of two weeks, to continue with the investigation.

The same thing happened when Mthalane next appeared in court, leaving a growing number of unanswered questions in my mind only he could answer.

I called Westville Prison and made an appointment to visit him. Tuesday, April 17, I see him standing on the other side of the security glass in the visitor’s centre. I wave so he can see that I am the person who has come to visit him. He sits opposite me, looking down, staring at his hands as if shy.

He won’t look at my face, let alone in my eyes. We sit like this for a few seconds. I want to hear what he is going to say to me, this stranger who has come to visit.

It takes a while for him to loosen up, but soon he is chatting about how he had left his rural home near Greytown in 2006, arriving in Durban after dropping out of school to stay with his father in Cato Manor, and how he had struggled to find work.

He returned to his mother for a spell before coming back to Cato Manor. He ended up spending more time with his friends on the streets. He said that whatever money he got from part-time work (including car washing and guarding) he spent on drink and dagga.

Asked what happened on the day of his arrest, he said: “I was drunk. I can’t remember.”

I returned the next day with the published photo of him being beaten on the street before his arrest. This got him talking, but what he said has not been heard in court, so I cannot report it.

Bukeka Silekwa is a Rosebank College journalism graduate undergoing training with Roving Reporters supported by the Human Elephant Foundation and the Sunday Tribune.