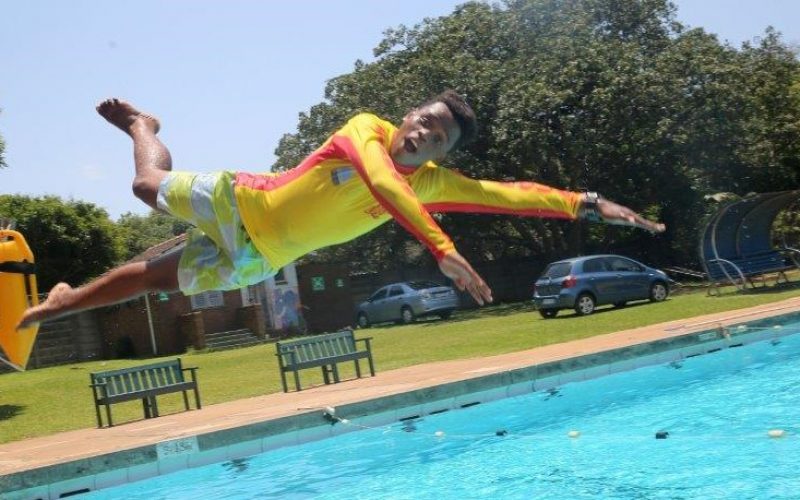 A CHANCE meeting between a former Lion’s rugby hooker and a down-and-out Durban lifeguard who grew up an orphan, has turned into a truly lifesaving opportunity for 19-year-old Thobani Phoseka.

Phoseka flies out to Dubai early next year to take a up an all-expenses paid lifeguard job at a renowned ocean themed luxury resort and five-star hotel in Dubai.

Abandoned soon after birth, Phoseka grew up at St Theresa’s orphanage in Durban. In addition to other recreational activities offered by St Theresa’s, Phoseka took to swimming at a young age under the tutelage of Sydenham swimming coach, Easlyn Young.

“He would come to Tills Crescent Swimming Pool when all the boys were not interested in training, and swim up and down alone for hours on end – totally committed,” recalls Easlyn.

Although Phoseka got his lifeguard qualifications after completing school he never found a job, but ended up working voluntarily at Sutton Park Swimming Pool. But often he could not get there as he could not afford taxi fares. So he resorted to part-time gardening work, and also washing cars in the street, just get to the pool to be with his colleagues.

As fate had it, Phoseka was at Sutton Park recently when Trevor van den Berg, a development rugby coach and recruiting consultant, was conducting interviews for lifeguard jobs.

Although Phoseka was not lined up for an interview and associated recruitment tests, a pool attendant alerted Van den Berg to Phoseka’s history and plight.

“I was impressed with Thobani from the very start,” said Van den Berg, who this week signed Phoseka up for one of nine lifeguard jobs in Dubai.

“You are going to grow young man! There’s a new world out there waiting for you,” Van den Berg told Phoseka at a meeting at Blue Water Hotel to finalise the contract details. This includes free airfare to Dubai, accommodation, meals, transport costs and all medical expenses.

Phoseka who also has a passion for music as an aspirant rapper called Xeno, is likely to be singing a few new tunes by Christmas which also looks set to be an extra special family event. He was recently reunited with a blood relative – an aunt and has since met for the first team his siblings, cousins and nieces.

“We found each other through Facebook,” said Phoseka. “I still know very little about my parents, – only that I was dropped off at St Theresa’s as a baby by my mother as she had no money to raise me.”

On learning about the new turns in Phoseka’s life, his former swimming coach was ecstatic.

“Oh my gosh I could just jump on the roof now and dance,” said Young. “There are so many reasons Thobani could have just lost hope, and probably sometimes did. There are some youngsters who get this attitude – just leave me alone kind of thing – but Thabiso was always open to being helped. He always had this look in his eyes that said: “I don’t want to give up, but it’s hard’. He deserves every bit of opportunity he can get.” 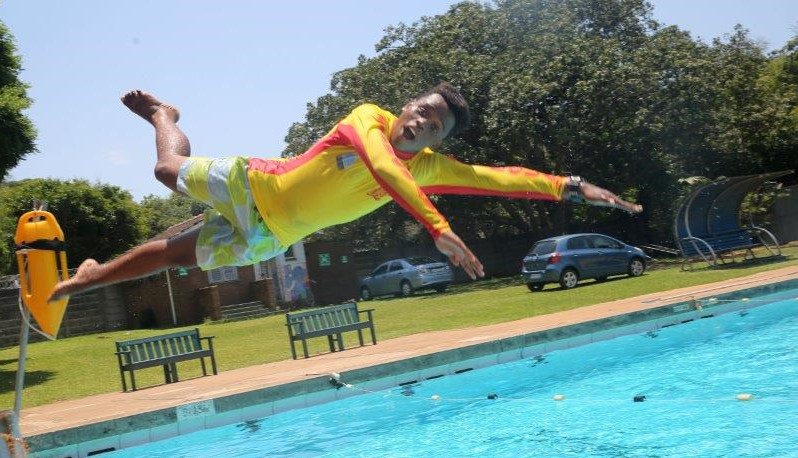 FEATURED IMAGE: Thabiso Phoseka is about to dive into a new future after landing a contract to work in Dubai. Photo: Nqobile Mbonambi, African News Agency (ANA) 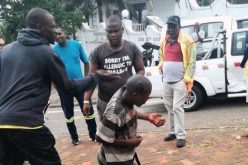