From a fight over a bicycle to body bags – this is the story of two hikackers, Vuyani “Vivi” Mthembu and his childhood partner in crime, S’phelele Shezi.

At the age of 14, he committed murder, killing 14-year-old William Hammond in a fight over a bicycle. 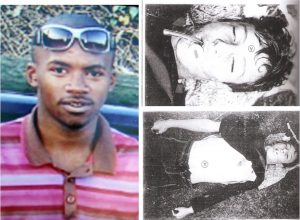 The late, 19-year-old, Vivi Mthembu (left) soon after his release on parole in 2010 for the murder of William Hammond eight years previously.

On trial for this murder, he became a schoolboy hijacker.

In prison he earned the title Mhlonishwa (Sir)

On his release on early parole he ran a hijacking syndicate.

Strangely, prison authorities claimed he was abiding 100% by his parole conditions.

On January 6, 2011, he was shot dead by the police alongside his childhood partner in crime and accomplice in the Hammond murder, S’phelele Shezi.

The killing of Mthembu and Shezi, aged 23 and 19, made the front page of the Daily News. 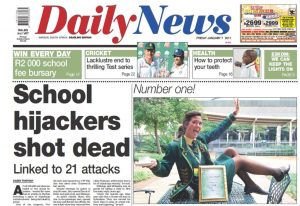 When Roving Reporters presented a class of final year journalism students at the Durban University of Technology with this story, little did they know that some of them would soon visit the Mthembu home in Clermont where the two hijackers grew up, also later speaking to police at the scene of the stake out where they were finally killed.

In this website package, we present for the first time the epic journey that the students embarked on, providing insight not only into the lives of these two boys-turned-serial-hijackers, but also some of the realities of police work that are seldom told.

We find out what led to the tragic attempt to steal a bicycle on October 2, 2002 and meet 21-year-old Derek Meldrun who witnessed his friend drop dead on the spot.

We hear from the magistrate who presided over the boys’ trial – a case she described as the saddest she had ever encountered.

We question the Department of Correctional Services about their juvenile offenders rehabilitation programmes and parole procedures for convicted murderers. We learn that no effective monitoring of the juvenile offenders took place, either while on trial, and also how Mthembu blatantly flouted his parole conditions after his release from jail. 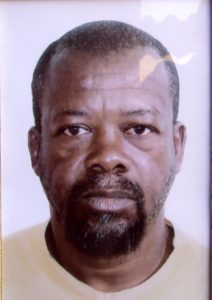 We find out about Mthembu’s father – a man who had two surnames, a string of lovers and 39 children – and hear conflicting accounts of who gunned him down while his son was in prison for Hammond’s murder.

And we take you into the mind of a former “transporter” – who drive the stolen cars to pre-arranged destinations – and learn that the hijacking is like a game for many township schoolboys.

We also hear about the dead hijackers schoolgirl sweethearts who became primary caregivers of the dead hijackers’ two babies. Mthembu’s child, born soon after his killing was christened:  Uzanokukhanya (the one that brings light).

And at the end we pose a question: Could this story have turned out differently? 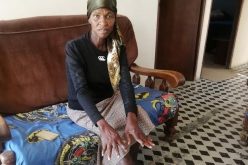