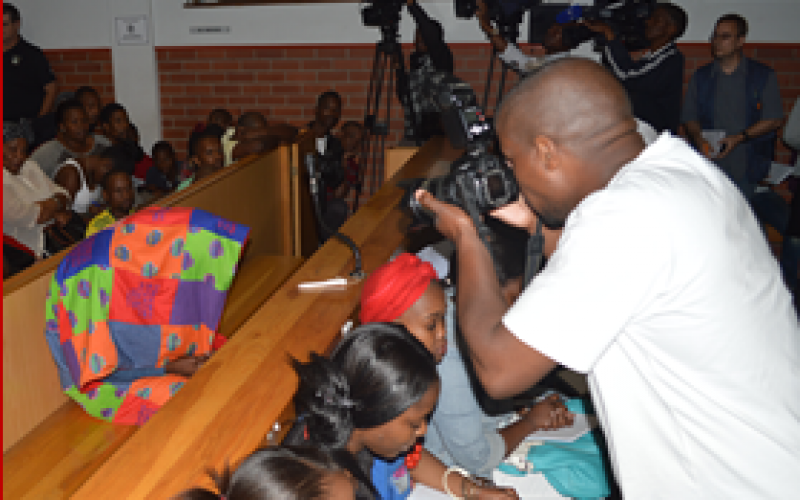 The wrong man is in the dock, says Durban lawyer. 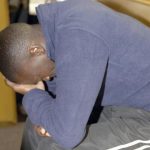 A well-known Durban lawyer has offered his services free of charge to Sanele Goodness May, the truck driver who faces 22 murder charges after the horrific Fields Hill crash last week.

He feels that there will be a conflict of interest if the 23-year-old is represented by the same lawyer who also represents the owner, who could face murder charges too.

After consulting with May on Wednesday at the Pinetown police station, where he is being held in custody, the lawyer said it would be “legal suicide” for May to continue to be represented by the same lawyer acting for the company.

“There is a conflict of interests here. The company and truck owner need to bear full responsibility for the accident,” said the lawyer.

The attorney, who offered to represent May pro bono, asked that his name not be disclosed until he was formally representing May in court on Monday. 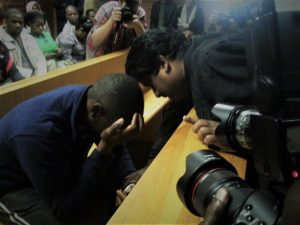 “I last saw him on Wednesday. He did not say he wanted a new attorney. If that has changed, it is not a problem, but it is irregular for an attorney to visit another lawyer’s client without advising the attorney beforehand,” Pillay said.

‘No conflict of interest’

He said a conflict of interests would also only arise when the company’s version and the accused’s version differed in court.

“At this stage, there is no conflict,” Pillay said. He said his brief had been to ensure that the accused had not been “left to the wolves, so to speak”.

The views of the attorney who had stepped forward, on a conflict of interests, were echoed by a senior KZN transport official who has described the murder charges brought against May as “stupid, absolutely ridiculous – a prosecution destined to fail”.

The official, who asked not be named, said video evidence alone clearly showed that the truck’s brakes had failed and the horrific crash that followed could have happened to any driver who happened to be behind the wheel of the truck that night.

“There is no way that any driver, no matter how experienced, could have stopped that truck once it headed down Fields Hill,” he said.

The official, who was involved in the drafting of a 2012 task team report calling for a ban of heavy trucks on Fields Hill, said that even if May had stopped at the top of Fields Hill and engaged first gear, the momentum from the truck’s heavy load would have prevented anyone from slowing it down.

“They’ve got the wrong man in the dock,” he said.

But at the memorial service for victims in KwanDengezi on Thursday, the MEC for Transport, Community Safety and Liaison, Willies Mchunu, said there would be no mercy for May.

“These drivers are problematic. They are a real pain,” said Mchunu. “I have never in my life come across something so horrific. It will always be a scar. I’ve seen many wars in KZN, but I have never had to jump over bodies the way I did that night.

“If we are not careful, it is not Aids that will kill our people. It’s these reckless drivers. The first person to prevent an accident should be the driver,” said Mchunu. “The second person is the owner.”

While Mchunu and the national Minister of Transport, Dipuo Peters, have publicly pushed for murder charges to be pursued against May, opinion among relatives of the victims was divided yesterday.

Zinhle Gumede, who lost a niece in the crash, said: “I am sad because they are blaming all of this on the driver. He didn’t know that the brakes would fail. He was given a truck by his boss and told to drive. I blame the boss.”

Sagekal Logistics owner, Gregory Govender, told the media this week that he was co-operating fully with officials investigating the accident, and praying that God would heal and comfort the families of all those involved in the accident. – Bekhekile Kuphe, Sibusisiwe Butheleze and Fred Kockott / Roving Reporters

Now read: The life of Sanele May 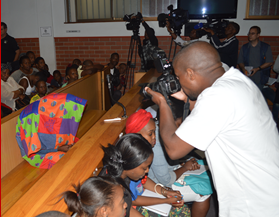 FEATURED IMAGE: In court, Sanele May hides his face with a blanket. Photo: Fred Kockott