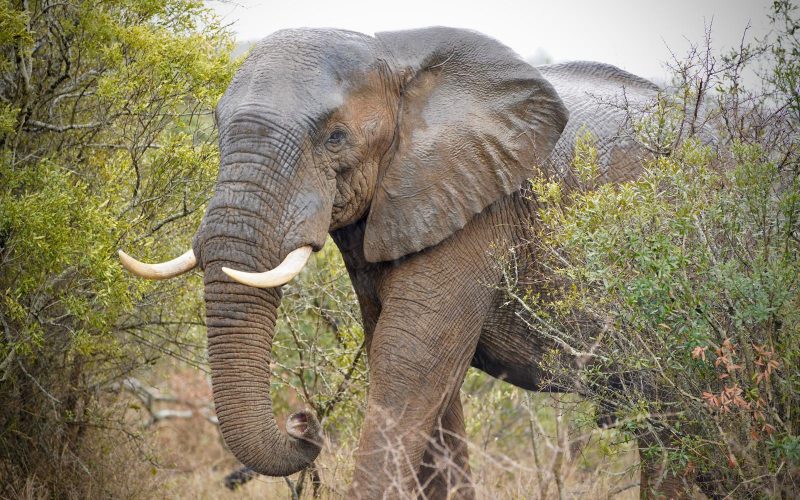 The conservationist who was trampled and gored by bull elephants in northern KwaZulu-Natal this week, died trying to save the animals he loved. Matthew Hattingh reports

Father-of-two, Beyers Coetzee, was herding home 31 elephants that had broken out of a private reserve, 40 kilometres southeast of Vryheid, when he was “blind-sided” by two bulls on Tuesday, 18 February.

Recent breakouts from the Mawana reserve have threatened relations with neighbouring communities, putting pressure on conservation authorities to cull the elephants and jeopardising plans to expand the reserve.

Mwana was established by Kerneels van der Walt, who died in 2017. His daughter Una, who is  married to Coetzee, is a co-executor of the estate. (Her brother, Johannes van der Walt, is her fellow executor.)

Coetzee, 45, an architect by profession, had been a driving force in efforts to expand the 10 000 hectare property into a 35 000ha  reserve,  Loziba Wilderness, in partnership with neighbouring communities and other landowners.  This would create a safe haven for Mawana’s elephants, and enable introduction of other big game, including black rhino as part of a broader rewilding drive.

In the meantime, keeping Mawana’s elephants in check while complex negotiations were underway was vital to the success of the project, said Grant Fowlds, a close friend and fellow conservationist, who had been assisting with the initiative and had been with Coetzee on the morning of the tragedy. 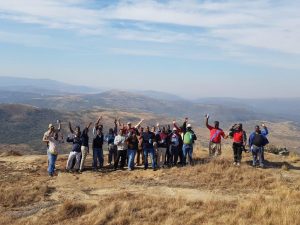 Beyers Coetzee in the background (centre) with members of the local community on Mawana Mountain, a few hundred metres above where Coetzee was killed by elephants on Tuesday, 18 February 2020.

When Coetzee learnt from the elephants’ radio collars that they had again broken a fence and strayed close to the homes of a neighbouring community, he sprang into action.

He left his home in Pretoria and on Tuesday set out to drive the awol beasts back, using big-bang crackers and the crack of firearms to frighten them along.

With Coetzee were four other men, including Hendrik van Jaarsveld, the son of the manager of a neighbouring farm, and Thobani Masondo, who had been employed by the reserve for eight years.

Van Jaarsveld, back in South Africa on holiday from the US where he is farming, met Coetzee for the first time on Monday and offered to help.

He told Roving Reporters they had been chivvying the animals along from behind, but it was slow going and they had lost sight of the main herd.

About midday, amid dense bush, two bull elephants came upon them, “blindsiding” the men, according to some accounts.

Then, without warning, the bulls charged.

Van Jaarsveld recalls a moment of silence. Then it was every man for himself as they fled amid the roar of elephants and branches breaking.

A shaken Van Jaarsveld, who turns 21 in a few days time, said he ran about a kilometre before stopping.

Masondo, 38, who knows the area well from herding cattle as a lad, said he had been leading the way when the drama unfolded. Coetzee, who had been setting off crackers earlier, was close by.

“I warned them the elephants were getting angry and they should leave them be for a while… but Beyers had wanted the elephant to cross the uThaka River (safely into the reserve),” said Masondo.

Masondo said he did not see the elephants, but could smell them. He said he heard a whistle and turned to see his companions fleeing. The two bull elephants were 12 to 15 metres away.

He recalls nearly colliding with Coetzee in the helter-skelter and hearing a thud, as well as the bulls roaring several times. 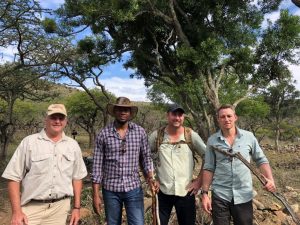 From left: Grant Fowlds, Sbu Jiyane, the late Beyers Coetzee and James Glancy. The photograph was taken a year ago at Mawana – the reserve and its animals that Coetzee died working to protect. Picture: Courtesy James Glancy

Fowlds, an ambassador for Project Rhino, said he blamed himself for not warning Coetzee off his unorthodox elephant-scaring methods. But big bangs had worked well before and were a good deal more affordable than calling in aircraft. And with the estate being wound up, funds were tight.

Una had also pleaded with her husband not to go out that morning, but their manager had quit the day before and Coetzee was committed to looking after the elephants, said Fowlds.

“It was a desperate measure. The more the people complained [about elephant breakouts] the more we went in.  Everything that happened at Loziba was about the elephants. They were the catalyst for change,” he said.

He said Coetzee always knew he was only “buying time”, scaring breakout elephants back until they were able to stitch together an agreement with 37 title-holders and other parties that would make Loziba a reality. 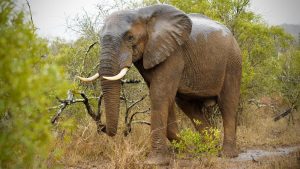 A file picture of a Mawana elephant amid thick bush at the KZN reserve last year. Picture: Grant Fowlds

“He so loved them and the need to start Loziba Wilderness. The biggest irony is that he sacrificed his life for them – a reminder of the biblical  story of Abraham,” said Fowlds.

On the fate of the Mawana elephants, Fowlds said as it was not known which one did the damage, the entire herd may have to be put down by conservation authorities.

But the trampling to death of Beyers Coetzee has sparked calls to support to expansion of the reserve and to save Mawana’s elephants.

“We fully intend to realise his vision and to honour his family by making Loziba a reality, bringing real and concrete benefits to the communities that surround this incredible landscape,” said Francois du Toit, chief executive of the African Conservation Trust.

Brother-in-law and a co-executor of the estate, Johannes van der Walt, said Coetzee’s had lived for Loziba. It had been his passion and the legacy would live on.

B.Z. Mbatha, chairman of the Mkolokotha Community Trust, whose members are neighbours of Mawana and land claimants  involved in talks to establish Loziba (triple the size of the current Mawana reserve) deserved full support.Vorentoe!

“There is no time to look back at the past. This  setback was meant to energise us to move forward for his dream,” said Mbatha.

He said Coetzee had been doing his best at the time of his death, with the best of intentions, and that no-one should stand in the way of moving forward to build the Loziba reserve.

Loziba is named for one of wives of the great Zulu conqueror, Mzilikazi, who is believed to have had a kraal in the area. 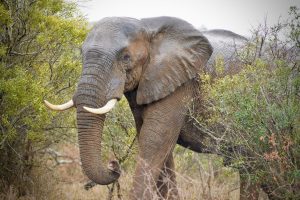 Difficult choices must be made about how we utilise natural resources. But these choices need to be well informed if we are to do the least harm.

Unfortunately, the media’s ability to do its job has been hollowed away by the decline of traditional advertising support and readerships in the face of online technology.

Press standards have declined and false news abounds. Reporting is increasingly superficial, both in print and online media publications. Yet a strong appetite remains for credible news and insights, especially on environmental matters.

This underlines the need for Roving Reporters to grow its operations and develop a blueprint for environmental journalism training in Southern Africa.