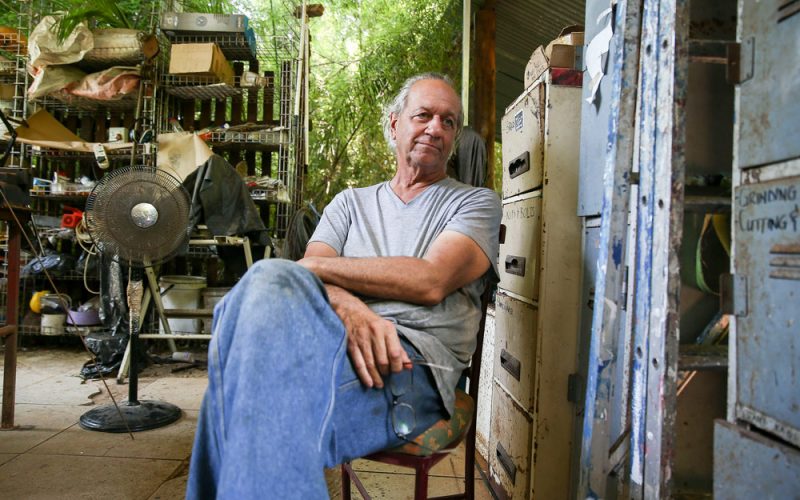 Andries Botha toured the world with his elephant sculptures, capturing the public’s imagination and doing much for conservation. But in his home town, the project trampled on a few toes. A new book tells the story, reports Jared Sumar

Sculptor Andries Botha’s home studio is small and green. Moss covers two walls and where the other two might be, it’s open to forest, putting the artist almost in the thick of trees and nature.

It’s in this studio in Kloof, Durban, that Botha finds the quiet space he needs to create his sculptures – often monumental pieces destined for a tumultuous, contested world.

Botha has exhibited widely. His works have been seen by audiences around the globe, but he is perhaps better known to the people of Durban for his elephant sculptures near Warwick Junction.

The sculptures were part of a touring international project that used elephants to capture the public’s imagination in the hope of raising awareness about environmental issues including threats to the survival of many species, not only elephants.

The elephant is a metaphor for the yearning for forgotten conversations between humans, the Earth and all living things. – Andries Botha

The original proposal had suggested 7 – 10 elephants, with installations moving from Warwick Triangle and through the city, ending at the beachfront.

The work became the centre of a five-year long court battle after the eThekwini Municipality called a halt to the project, allegedly after ANC figures decided it too closely resembled the three-elephant logo of the rival IFP.

The matter was eventually resolved by including a fourth elephant in the Warwick Avenue installation.

For the most part, it was a victory for artistic freedom and intellectual property rights, as expressed in the constitution. It also strengthened Botha’s commitment as an activist.

The Elephant Book is a continuation of this awareness drive.

“[The book] really speaks about a lot of things related to the [sculpture] elephants: the struggle to make the elephants and how does one make them and how do they arrive in South Africa and how they’re received and have to fight to put them in the public space,” said Botha.

ON THE BEACH: Large-scale elephant sculptures by artist Andries Bothat have been exhibited internationally, driving home a conservation message.
Picture: Courtesy of the Human Elephant Foundation

He was attracted to the idea of presenting the booklet in a calendar form rather than burying its content in a perhaps seldom viewed tome. “You have to look at it every day”, Botha explained.

His choice of elephants as subject matter for his sculptures was also calculated.

“For the last say 15 years, I decided perhaps what I should do is take the most awkward of all of the animals, the ones we have the greatest difficulty living with: the Elephant, which is, by all accounts, such an intrinsic part of the ecosystem and are, probably because of human encroachment, going to become one of the first great casualties.”

He noted that outside Southern Africa, elephant numbers have been in a steady decline for decades.

On his environmental activism, Botha said he considered himself an amateur and saluted those who had spent entire lives working in conservation, long before climate change became a hot-button topic.

Returning to The Elephant Book, Botha praised Yusuf Patel, of The Architects Collaborative, for his help and suggestions.

Botha also said that without the contributions of his apprentices, Jessica Bothma and Bhekazi Ngcobo, and sponsorship from the Human Elephant Foundation, the book would not have seen the light of day.

The Human Foundation gives individuals and corporates an opportunity to  join together to harness their creativity for the health of the planet.

The Elephant Book tells how Andries Botha’s elephant sculptures were made, how they got to South Africa, and the struggles  to get them put up in public. It has a picture and information for every day of the 2020 calendar year.

It can be ordered through publish@digniti.co.za for R250.

A signed limited edition print can also be bought with the book for R500. All prices exclude international shipping. Shipping in South Africa is R99. 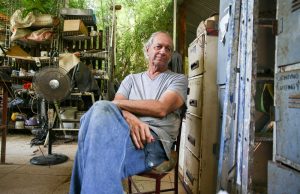 Now read… How the Sunday Tribune carried the story

Difficult choices must be made about how we utilise natural resources. But these choices need to be well informed if we are to do the least harm.

Unfortunately, the media’s ability to do its job has been hollowed away by the decline of traditional advertising support and readerships in the face of online technology.

Press standards have declined and false news abounds. Reporting is increasingly superficial, both in print and online media publications. Yet a strong appetite remains for credible news and insights, especially on environmental matters.

This underlines the need for Roving Reporters to grow its operations and develop a blueprint for environmental journalism training in Southern Africa. 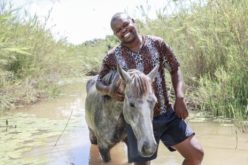