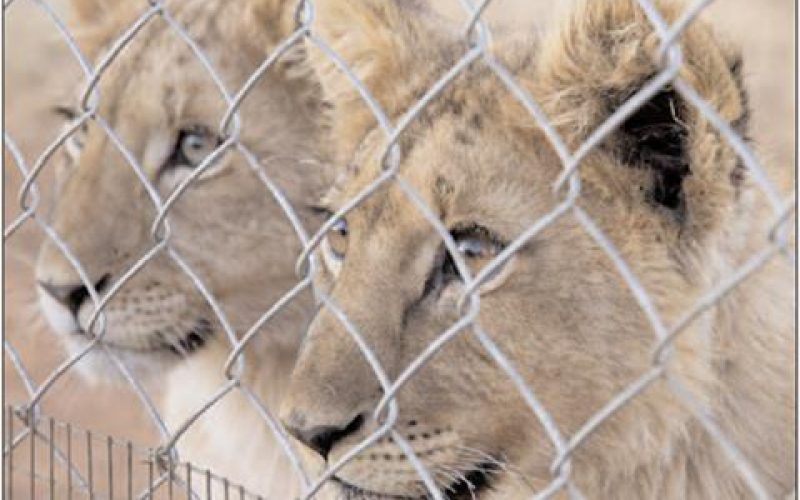 Going undercover to make a documentary has its risks, especially regarding litigation and personal safety. Sometimes it’s worth the risk, says executive producer of Blood Lions, Andrew Venter.

Blood Lions is a documentary that premiered at the 2015 Durban International Film Festival this week. The movie blows the lid, perhaps once and for all, on how vague legislation in South Africa has allowed the practice of “canned lion hunting” – or whatever else government officials might want to call it – to morph into a murky, multi-million rand industry largely governed by private property holders.

“I’ll kill you. I warn you. Don’t take a photo of me,” said a Benkoe Safari operator captured on hidden camera confronting the Blood Lions’ film crew.

Their cover blown, the crew were hounded out the safari lodge, but they had already got what they wanted. Soon, audiences around the world will view the hurly burly of this altercation, and all that led up to it, including revealing conversations captured on hidden cameras at other hunting lodges and lion breeding farms.

At the first schools’ screening of Blood Lions to hundreds of learners in Durban on Thursday, one young girl, Samkelisiwe Dlamini, pertinently asked: “Is not what you did, filming people without permission, using hidden cameras, illegal? What do you say about that?”

The filmmakers’ responded that they had needed to go undercover to expose the dark side of captive-bred lion hunting, cub petting, voluntary recruitment and lion walking.

“Nearly all these lions you have seen here in this movie, even the cute cuddly cubs, end up being shot for a price,” said Blood Lions narrator and environmental journalist, Ian Michler. 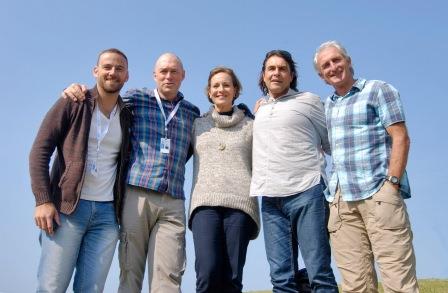 He said that more than 7000 lions – more than double the number of wild lions in South Africa – had been bred for one purpose only, the bullet.

The film follows Michler on an educational journey into lion breeding territory, speaking to trophy hunters, operators, breeders, lion ecologists, conservationists, and animal welfare experts. It also documents the two day trip of an America hunter, Rick Swazey, into the North West province after he selected, on the internet, a lion to kill at Benkoe Safaris.

Swazey had been sent pictures of 14 lions to choose from, ranging in cost from US$5400 for a female to US$48,000 for a big black-maned lion. He was able to squeeze his lion hunt into two days, the first day covering target practice, and the next day the hunt.

Swazey was granted permission to video his kill, but during preparations for the hunt, owner of the lodge, Ben Duminy clearly became suspicious of the real intentions of the cameraman, Blood Lion’s producer, Nic Chevallier.

Duminy appears on camera: “Vrae! Vrae! Wat se kak is die (what crap is this). Is this for a newspaper or TV?” he asks, confronting Chevallier and slapping down his camera.

Michler said this ugly scene, and all the other glimpses they had got into the operations of Benkoe Safaris were clear indications of a typical “canned lion hunting” business, albeit marketed under guise of professional hunting.

“There is absolutely no element of fair chase – the kill is guaranteed,” said Micheler. “The packaging of this as a real wildlife hunt is pure farce.”

Michler said the documentary, Blood Lions, ultimately allows people to judge for themselves whether canned lion hunting was happening in South Africa, and whether denials of it is just a play on words.

While the owner of Benkoe Safaris declined to comment, the chairman of the SA Predators Association, Pieter Potgieter, spoke on his behalf.

Potgieter said to describe the lion hunts taking place on Benkoe Lodge as canned hunting was a “very wrong assumption”.

“These people are beating that canned lion hunting drum when we have long moved beyond that situation. Canned hunting is illegal, and my members do not engage it. We hunt in at least 1000 hectares of wild bush country. We do walk and stalk hunting, and lions cannot be baited,” said Potgieter.

Potgieter said he deplored the use of hidden cameras to tell the Blood Lions story. “We are often victims of these techniques. Even Carte blanche did it. We think it is a low level form of journalism.”

Amid publicity, locally and internationally, about Blood Lions exposing the continued practice of canned lion hunting, the President and the CEO of the Professional Hunters Association of South Africa, Herman Meyeridricks, and Adri Kitshoff flew from Pretoria and Cape Town to Durban to view the documentary on Thursday evening.

Meyeridricks said he had no issue with the use of hidden cameras to tell the story, describing it as modern day investigative journalism.

“I thought it was a well-made documentary,” said Meyeridricks. “Blood Lions gives us a lot to ponder about as far as lion hunting is concerned, but I do not agree with everything in the movie.”

“It stands on two legs. One, its outright condemnation of canned lion hunting. As far as that is concerned, our position is clear: the norms and standards governing lion hunting are no longer defensible,” said Meyeridricks.

“The other leg is the outright attack on hunting, and on that we cannot agree. There are many valid arguments for hunting, and substantial evidence of how it contributes to conservation and community development,” said Meyeridricks.

He said hunting was also recognised by CITES, the World Wildlife Fund, and the International Union for Conservation of Nature as a legitimate conservation measure that raised massive revenue for game reserves.

“These reserves need to use the game populations sustainably and responsibly with revenue streams pumped back into conservation management, anti –poaching, fencing, road maintenance, vehicles and salaries of staff to run a reserve. The bulk of this comes from hunting,” said Meyeridricks.

But he said captive lion hunting was another story altogether.

Currently PHASA’s policy allows for captive bred lions to be released into a 1000 hectare enclosure and shot after seven days. This needed to be reviewed, said Meyeridricks.

In a letter sent to all PHASA members on Friday, Meyeridricks states: “From my dealings with the media and the community, it has become clear to me that those against the hunting of lions bred in captivity are no longer just a small if vociferous group of animal-rights activists.”

“The tide of public opinion is turning strongly. Even within our own ranks, as well as in the hunting fraternity, respected voices are speaking out publicly against it,” wrote Meyeridricks.

The letter ends: “Our position on lion hunting is no longer tenable. The matter will be on the agenda again for our next annual general meeting and I appeal to you to give it your serious consideration, so that together we can deliver a policy that is defensible in the court of public opinion.”

Neither the chief director of communications of the department of Enviromental Affairs, Albi Modise, or the office of the minister, Edna Molewa, responded to emails and calls inviting comment on Blood Lions. In recent media statements, Molewa has said that there appears to be a deliberate strategy in the media to conflate conflate canned lion hunting with captive breeding of lions. – Roving Reporters/Romeo Ndlovu and Nana Zuke

How the Sunday Tribune broke the story 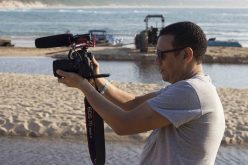 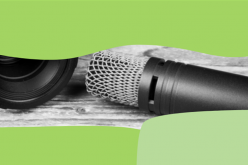