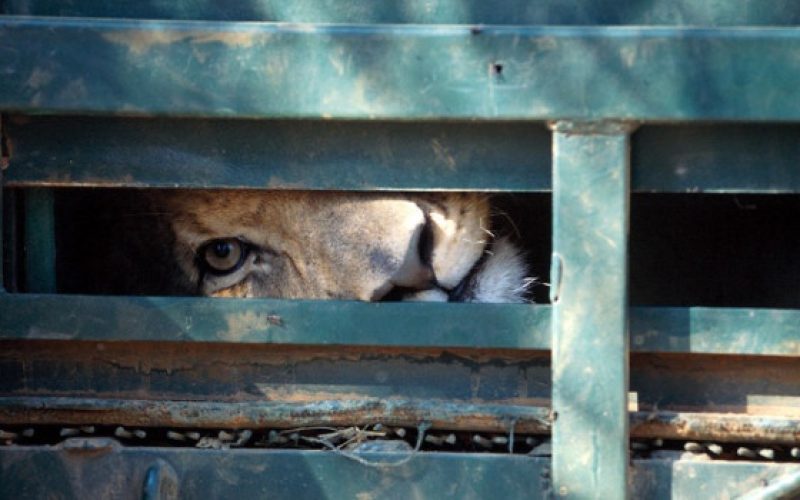 The media in South Africa has played a critical role in exposing how ineffective legislation has enabled lions to be bred for the bullet, writes Romeo Ndlovu.

In 1996, BBC producer, Roger Cook disguised himself as a tourist-hunter to get first-hand experience of a canned lion hunt in South Africa. Cook and his team recorded the entire steps that lead up to a canned hunt, producing an episode for his current affairs show, The Cook Report, that dramatically exposed the practice of canned lion hunting in South Africa.

It took ten years for authorities to introduce any legislation in an attempt to prohibit canned lion hunting.

In 2006, the then Minister of Environmental Affairs and Tourism, Marthinus van Schalkwyk announced a ban on canned hunting of big predators and rhinos in confined enclosures that offered them no means of escape. The new legislation also stated that lions bred in captivity were to be released into an open environment for at least two years before they could be hunted. Van Schalkwyk said a proposed six-month waiting period was not long enough to give lions enough time to develop self-defense instincts. “To see people who are half drunk on the back of a bakkie hunting lions which are in fact tame animals is quite abhorrent,” Van Schalkwyk, himself an avid hunter, told The Associated Press.

In 2010, South African Predator Breeder’s Association took the matter to Supreme Court of Appeal which overturned the new legislation. The court ruled that Van Schalkwyk had not taken a “rational decision” when he determined that captive bred lions should fend for themselves in the wild for 24 months before being hunted.

Jason Bell-Leask, Director Southern Africa of the International Fund for Animal Welfare, commented: “How was it possible that a minister could make a decision that was so flawed that a judge was able to overturn it, in its entirety, in one fell swoop. There’s something wrong with this picture. The most rational decision upfront would have been an outright ban of breeding lions in captivity for hunting purposes.”

This week, the documentary, Blood Lions premiered at the Durban International Film festival, exposing how ineffective legislation had enabled the breeding of captive lions for trophy hunting to mushroom into a multi-million dollar industry in South Africa.

Wildlife activist and environmental journalist, Ian Michler, plays a leading role in the documentary visiting farms where lions are “bred for the bullet”. The documentary also exposes the negative impact that decades of intensive breeding has on captive lions and warns against the commercialisation of lions for creating tourism opportunities such as cub petting, volunteer recruitment, and walking with tame lions. The documentary also follows Rick Swazey, an American hunter, who purchases a lion online from his home in Hawaii, and then travels to South Africa to follow the path that many “lion hunters” do.

After viewing the Blood Lions documentary, Herman Meyeridricks, president of Professional Hunters Association of South Africa (PHASA) called on his members to reconsider its position on the lion hunting.

In a letter emailed to PHASA members on 24 July 2015, Meyeridricks said that the campaign against around captive-bred lion hunting had intensified since PHASA’s current policy on lion hunting was adopted in November 2013. This policy acknowledged that the hunting of captive bred lions was part of the South African hunting industry, but stated that such hunting should be done in a responsible manner, comply with nature conservation laws, and conform to the PHASA’s Code of Conduct.