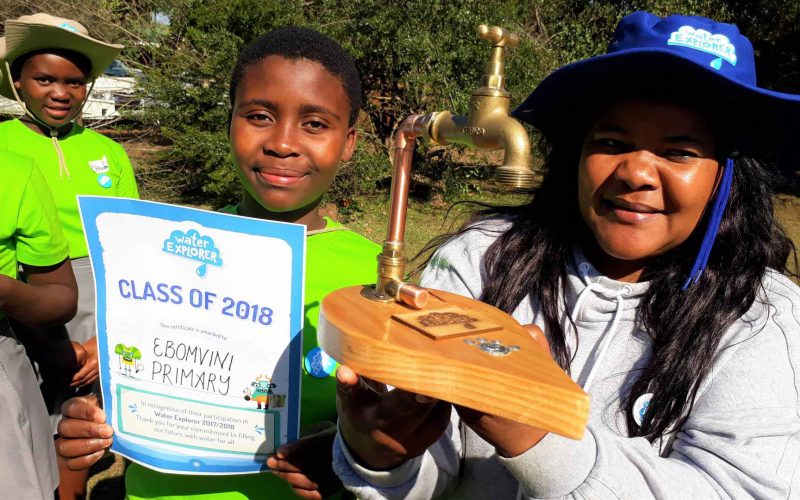 Water Explorer, a fun, online educational programme, has drawn diverse entries from far afield and the winner is…

A WATERWISE rural school on the KwaZulu-Natal South Coast has been picked to represent the country at an international environmental event in the UK.
A teacher and two pupils from Ebomvini Primary will be winging their way to London late next month to take on teams from 11 other countries.
This after Ebomvini finished ahead of five other finalists in a national competition hosted by Water Explorer South Africa.
An expert panel was impressed by the way the whole school got involved in water saving and environmental initiatives and how parents and the community pitched in too.
Water Explorer is an international online educational programme which uses water to encourage action on environmental issues.
Schools or enviro-clubs chose from a variety of hands-on challenges. WINNERS: The Ebomvini Oasis Water Explorers team took top honours at the Water Explorer national event in Howick. They will represent South Africa in London at the end of October. Picture: Bridget Ringdahl

As they entered their results they replenished a virtual online wetland. They also blogged on their projects.
Bridget Ringdahl, Water Explorer programme manager, said Ebomvini’s Oasis Team had started a number of notable projects after signing on two years ago.
These included safe-guarding a local wetland, building a pond to attract frogs into their permaculture garden, which is watered with grey water and mulched to prevent evaporation.
“They tackled non-recyclables, such as chip and sweet wrappers which ultimately end up in our rivers through eco-bricking, from which they made useful outdoor furniture.
“They have ensured tippy taps are always available for washing hands and the drinking buckets and cups are always on hand in every class so water wastage is minimised,” said Ringdahl after the finals, which were held at Umngeni Valley in Howick last week. ((Subs: August 28))
Tippy taps are clever hands-free contraptions that use a foot lever, string and recycled plastic containers for clean and frugal washing.

She said the school, which is about 30 kilometres inland of Port Shepstone, had even created their own water-wise recipe book, organised a clothes swap which saved tens of thousands of litres of water, and hosted a water festival attended by the whole school and local community.
The school never let a lack of resources limit their efforts.
“Notably, they have involved all teachers in the programme and despite not having access to the internet were able to WhatsApp all their project photos and write-ups to the Water Explorer support office for posting on the site,” said Ringdahl.
Ebomvini would be using their R8000 first prize to buy another Jojo tank and gutters for rooftop rain harvesting.
Youth Mavundla, a teacher and coordinator of Ebomvini Primary, said: “Water Explorer has taught us that everything is interconnected and that saving water means considering what we consume and buy as everything has a water footprint; it’s not just about turning off taps.”

The competition runners-up were: Mjila Primary, form rural Creighton, in KwaZulu-Natal (KZN); Chelsea Preparatory, in Durban North; Port Shepstone Junior Primary; Home School Amazing Gig, in Hermanus; and Shea O’Connor Combined School, in Nottingham Road, KZN.
Each received R4000.
Ringdahl said the teams represented a diverse cross-section of schools reflecting the flexibility of the programme, which provides challenges that fit in well with the department of education’s curriculum and assessment standards.
Mbali Mayeza, a teacher from Mjila Primary, was thrilled her team had made the top six.
“This programme has developed my teaching experience and, with the learner-centred approach it has been great to see my learners develop their speaking and critical thinking skills,” she said. – Roving Reporters

The programme is implemented in South Africa by the non-governmental organisation, the African Conservation Trust. For more on the programme or to register for free, visit www.waterexplorer.org 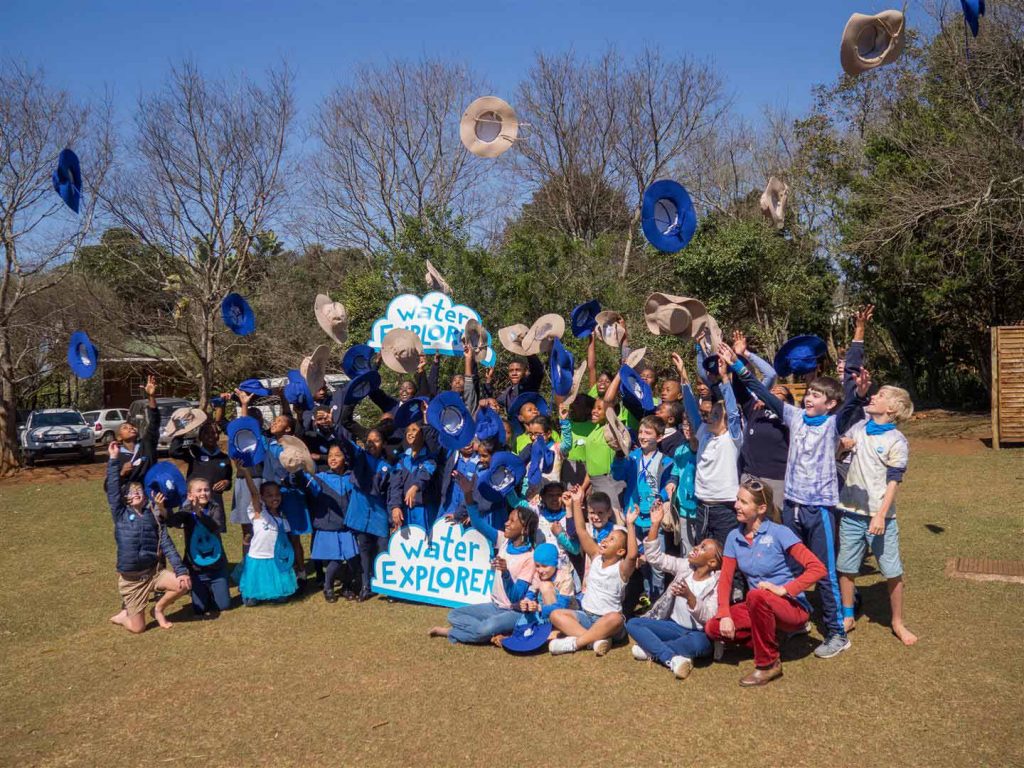 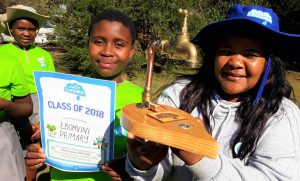