More Pondo magic than you can shake a stick at 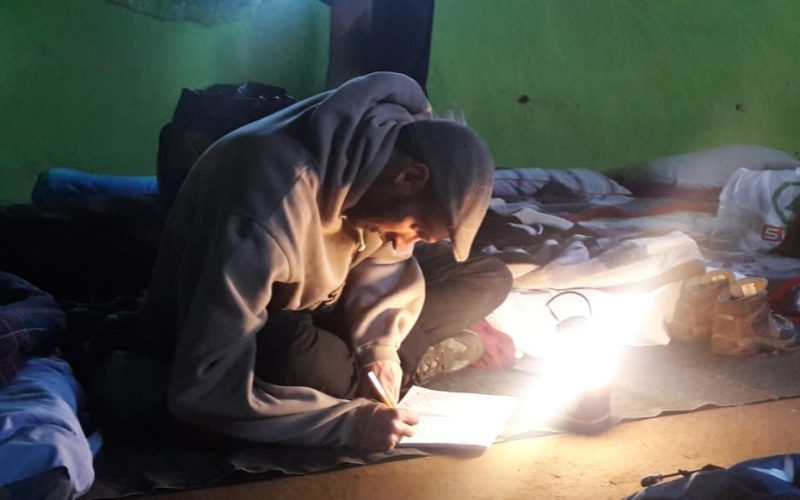 The man bellowed at me from a distance. I was taken aback at first because he had a stick in his hand. We are taught to fear our shadows in the city. Out here it was different.

I felt a tad out of place, arriving at Ndengane Village near the Msikaba River Mouth, in Pondoland. And it wasn’t merely the man with a stick.

We found ourselves making tea, in a stranger’s home, with water fetched from a fire in a cooking hut. The cynic in me pondered: Are we imposing? Was this some kind of middle-class morbid fascination, where one vicariously peers into the lives of those who are seen to be “less fortunate” for the sake of a humbling “experience”?

With me were two aspiring environmental writers Natalie dos Santos and Mlu Mdletshe. Our brief was to hike over 70 km from Ndengane Village, south of Mkambathi Nature Reserve, to Port St Johns, documenting the journey and learning about the history and ecology of Pondoland, and at the end, write about it all.

Joining us were six colourful characters from Nomades hiking club in Pretoria; Alice Thomson an environmental activist from Durban; and Lonwabo Dlamini, a local hiking guide in training. 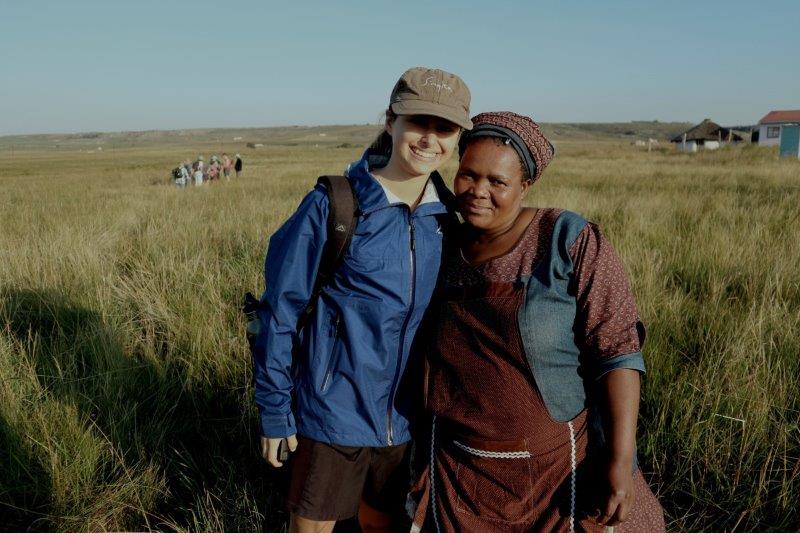 As the rest of the hikers leave the home-stay at Ndengane Village, Natalie dos Santos and Ma Ntshangase remain for a quick photo. The wide grasslands provide grazing and contain a diverse range of plants including lemon grass and Macaranga.

Within minutes of leaving Ndengane Village, I realised how unfit I was. But our lead guide, Sinegugu Zukulu lightened my step with his storytelling. We learned about Khotso Sethuntsa, a famous traditional healer reputed to have fantastic powers.

We visited a pool named after him. It looks on to a beach and a cottage where the man is said to have made magic. 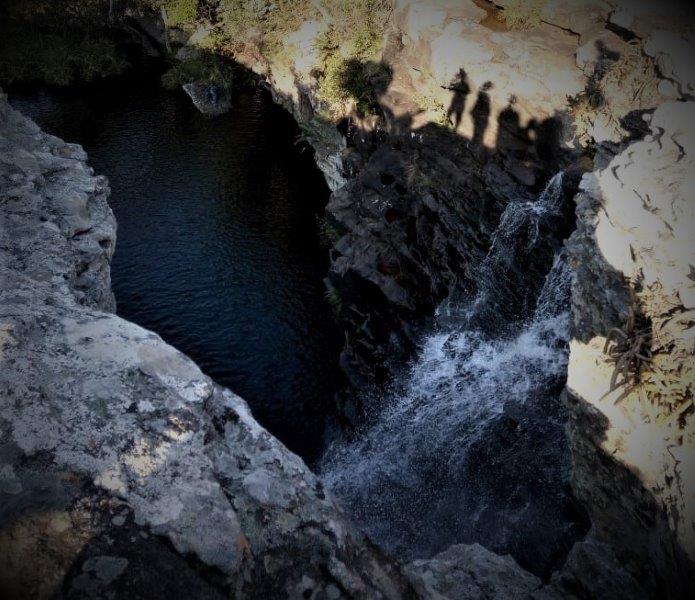 According to a recent biography, The Extraordinary Khotso: Millionaire Medicine Man from Lusikisiki, customers from across Southern Africa and abroad would come to this part of Pondoland, seeking cures, good fortune and wealth.

The public figure was as famous for his flamboyance and mischief as he was for his reputed supernatural ability.

“He liked to mock people and would buy expensive things like cars with a bag full of coins instead of notes. There were also rumours of his immortality. Legend has it that he died and came back to life many times,” said Sinegugu. 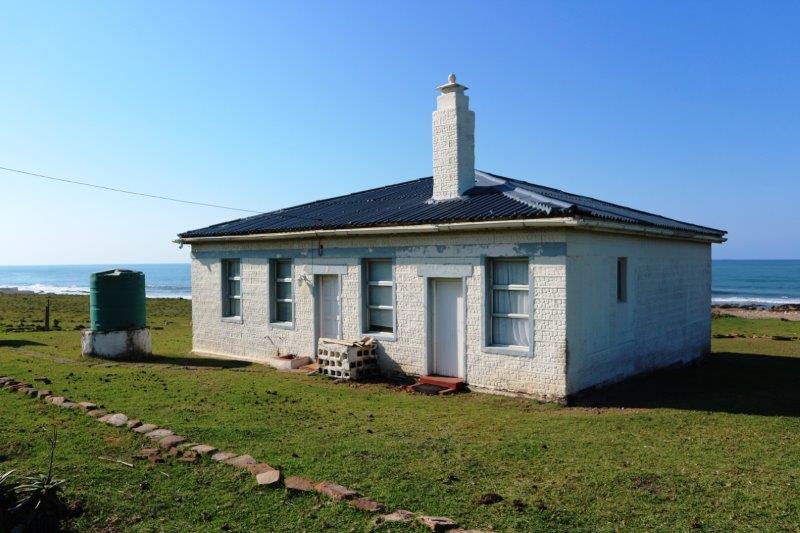 Khotso’s cottage on an isolated stretch of coast near the pool where the medicine man is said to have kept a supernatural wealth-giving snake.

Sinegugu fascinated me. He spent 13 years as a geography teacher – eight of them at Durban’s Kearsney College – and a six-year stint, working as a programme manager for Conservation International (South Africa). Although Sinegugu officially lives in Durban, he passes much of his time in his Pondoland homeland, guiding hikes and documenting indigenous knowledge.

He has written 12 books, mainly geography textbooks. His latest work is the Medicinal and Charm Plants of Pondoland.

We learned a lot from Sinegugu about the region’s rich biodiversity. It blooms as much in his soul as it does in the ravines, grasslands, rivers and coastal waters where his forefathers lived and died. 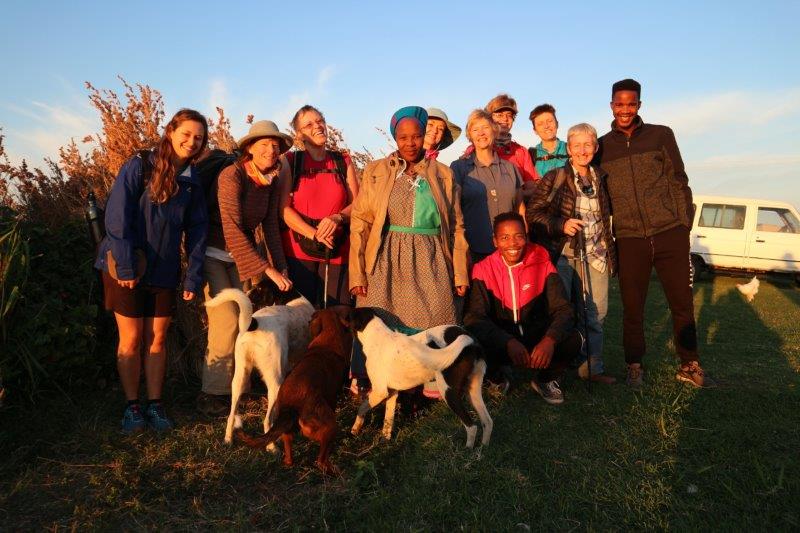 After a charm-filled night at Rhole village home stay, the hikers gather for a group photo with Ma Nogcinile. Photo Matt Vend

At great personal sacrifice, Sinegugu has also led a decade-long campaign against the ambitions of wealthy and powerful people intent on extracting mineral deposits along a 22 km stretch of the Wild Coast, not far from where we were hiking.

He believes inclusive development that respects the views of indigenous communities has a better chance of succeeding than plans and projects imposed from above. He also believes eco-tourism will be far more beneficial for future generations than mining.

As vice-chairman of the eco-social enterprise, Sustaining the Wild Coast, he is on a mission to help young people realise the wealth of opportunity within rural areas, in particular agriculture and tourism. 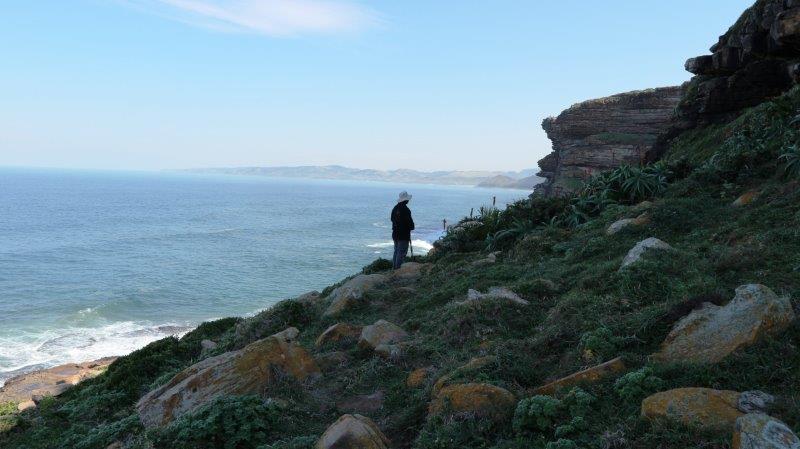 “The future is not going to the city. The city no longer offers jobs these days. The future is using the resources that are available to rural areas to create opportunities to make a living,” said Sinegugu.

Singegugu’s vision caught the attention of judges at this year’s Evniropaedia’s Eco-Logic Awards and on the third day of our hike, he left us for the awards ceremony in ritzy Cape Town.

Tutani Mpunga, a 44-year-old Ponoland local trained by Sinegugu stepped into his shoes. He led us along beaches where Nguni cows often outnumbered the gulls, up treacherous cliffs, through grasslands and forests. We learned that these narrow paths had been used for centuries. This made the hike feel like an odyssey on hallowed ground. 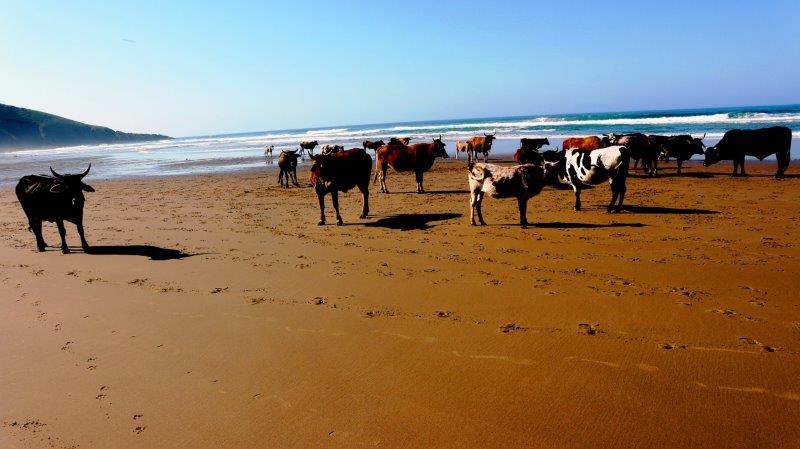 Tutani shared Sinegugu’s views on mining at Xolobeni. He was concerned about the environmental damage: the air pollution and dust from the heavy machinery and the strain mining would impose on resources such as water.

“We inherited the Wild Coast from our forefathers. We need to save it for our future generations,” said Tutani, picking up a handful of sand to show us tiny grains of titanium – black gold.
The mineral is an important ingredient in a host of alloys, industries and consumer products – as well outer space explorations.

The titanium deposits in Xolobeni are said to be among the richest in the world, with some estimates putting its value at R20 billion.

With the promise of all that money, it has been a tough battle for those opposed to the Xolobeni Minerals Sands Project. But their efforts have paid off. In a landmark Pretoria High Court judgement last year, it was ruled that the minister of mineral resources, Gwede Mantashe, will have to obtain full and formal consent from the Xolobeni community prior to granting mining rights. 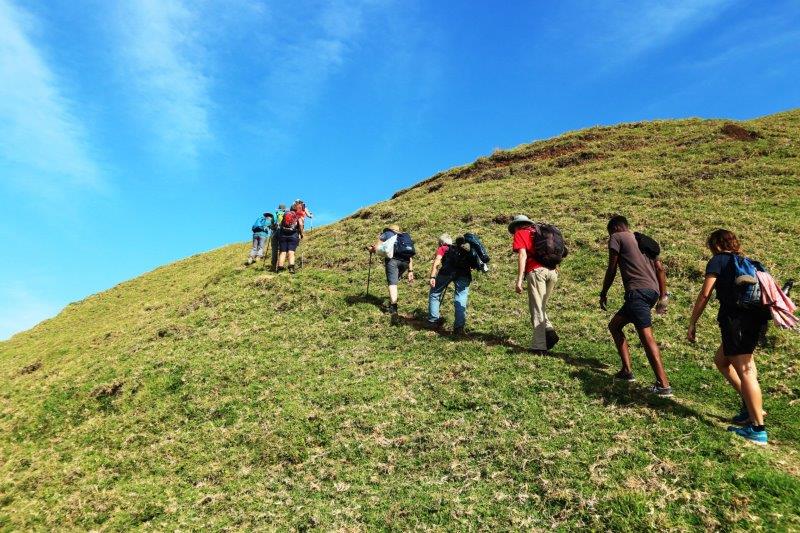 That night our WhatsApp group pinged with congratulatory messages. Despite the strain, on body and shoes, our spirits were high. After five days of soaking up nature, the city cynic in me was beginning to drift away.

I no longer felt out of place. My notebook was filled with random, but special encounters, including my meeting with Ndengane Village’s stickman. In the city, I might have walked on by, but out here, in the calm of open spaces, I was drawn into an animated conversation.

The man reeked of drink and introduced himself as an alcoholic. I couldn’t help but respect his barefaced honesty. We chatted for 20 minutes. There was a certain poetry in his sentiment and a love of country that cut through the boozy talk. His tone changed, though, when he mentioned the ANC. His started to frown. “They are all taking us for fools,” he said, referring to rampant corruption, service delivery problems and other politically related matters. “This is not Zuma, Ramaphosa, or ANC country. This is our country, and it belongs to all that live here.”

My newfound acquaintance wanted to take me around the village until a woman started calling out to him from a nearby house. I learned she was his girlfriend. From my limited understanding of Xhosa, it seemed she was asking the man: “Let him be on his way”. After some confusion, we found ourselves looking into each other’s eyes, questioningly, then burst into uncontrolled laughter.

On the last night at Noqhekwane Village, in Poenskop near Port St Johns, Ncumisa Somakhephu said she simply wished more people like us would come regularly, and stay longer.
The money would help her expand her operation, which she depended on for survival alongside growing vegetables and fishing.

“I’ve met people from all over the world because of this tourism, and these hikes enable me to make some money,” said Ncumisa. “I’d like to get tents, introduce horse riding and offer accommodation for fishermen. And if the tourists stayed longer, they could get to know more about our culture, even visit the traditional healers,” she added.

As we packed to leave the next day, I pondered upon Sinegugu’s vision. These hikes and rustic homestays might not be your typical tourist’s cup of tea, but I hope they will bear fruit, not only for the people of Pondoland but also the critical biodiversity of the region. There is certainly more Mpondo magic out here than you can shake a stick at. 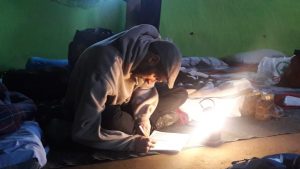