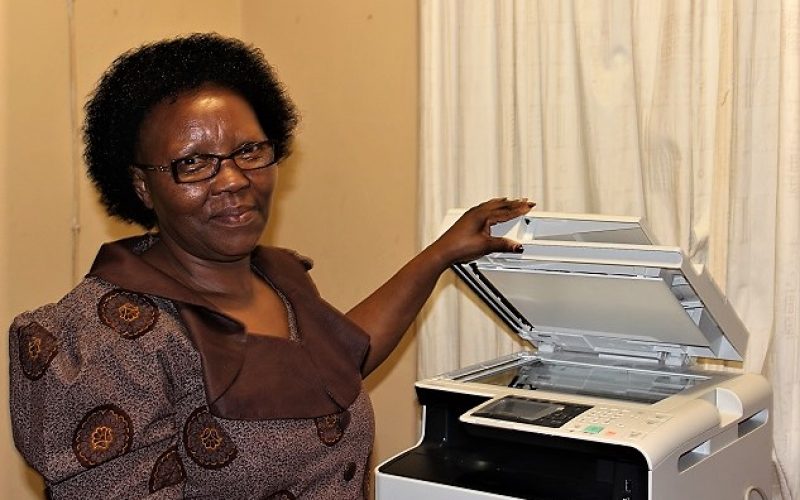 It takes some doing to open an internet cafe in rural Zululand where broadband is thin on the ground.  Izzy Siemann talks to the entrepreneur who made it happen – and who is now picking up the pieces after disaster struck.

YOU can’t keep a good woman down. Take Thoko Makhubu for example.
After burglars cleaned out her internet cafe and community training centre, you might have expected her to quit.
But the 54-year-old set out and recovered one of the stolen machines from the thief herself and is determined to start anew.
“I was scared, actually,” Makhubu says of reopening the Community Learning Centre in remote Khula village, inland of the southern tip of iSimangaliso Wetland Park, “but now I want to bring it back.”
Makhubu is used to overcoming difficulties. Just establishing an internet cafe in a place where reliable internet connections are thin on the ground, takes doing.
In her professional life Makhubu has shown grit too.
She teaches Grade 1 at Ubuhlebemvelo Primary School in Khula village and is also a teacher and supervisor of the local adult basic education and training centre.
The Mpumalanga-born woman’s internet cafe adventure started when her granddaughter’s teacher, Hyde Koen, gave her a photocopy machine.
From her garage, Makhubu began a copy shop. Next her son bought her a computer, and soon the business took off.
She moved to a bigger premises and with the support of iSimangaliso Wetland Park’s Rural Enterprise Accelerator Programme bought five more computers and a copier.
But five months later a thief (or thieves) busted in and took all the computers.
It turned out the thief lived in the very community the internet cafe had been established to help.
A friend alerted Makhubu that someone was selling computers and the two went to the man’s home where they found one of her computers.
About then the thief returned and Makhubu and her fellow sleuth had to beat a retreat.
After she raised the alarm the thief bolted.
Makhubu now hopes to secure more funding to “re-fence the structure and replace what has been stolen.”
She’s back where she started – with two photocopiers and a laminating machine, operating from her garage. But Makhubu ia also wiser and her house is now surrounded by cameras and gates.
You can’t keep a good woman down, as they say. And if you are a computer thief, don’t even try. – Roving Reporters

Thoko Makhubu is among the beneficiaries of the iSimangaliso Wetland Park’s Rural Enterprise Accelerator Programme (Reap).
The busy primary school teacher and adult educator turned to Reap for help after she started an internet café and training centre and needed more equipment.
A grant helped her buy five computers, two photocopiers, and a laminating machine.
The café and centre spare rural people from having to travel far to find work. It also equips youngsters with computer literacy skills.
“The most exciting moment of my life journey so far is seeing my business growing, generating income and creating jobs,” Makhubu says.
Reap, which assists black entrepreneurs living in and around iSimangaliso, has become critical to the conservation cause at the World Heritage Site. It’s all about creating benefits beyond the borders of park, which for many remains a place of exclusion.
More than 80 percent of the park’s 640 000 neighbours still live in poverty. Only 15 percent are formally employed.
Supported by Raizcorp and the World Bank’s Global Environmental Facility, Reap provides training, mentorship and seed capital for businesses.
After learning about the burglary, iSimangaliso and Raizcorp have been in contact with Makhubu about getting her business back on track. –By Izze Siemann and Fred Kockott/Roving Reporters 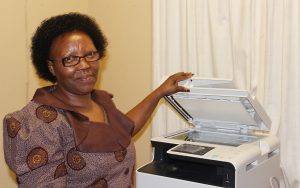 FEATURED IMAGE: Thieves made off with most of the equipment in Thoko Makhubu’s internet cafe – leaving behind just two copy machines and a laminator – but the teacher and businesswomen is determined to rebuild. Picture by: Izzy Siemann 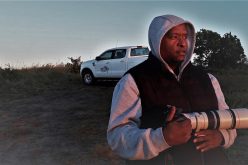 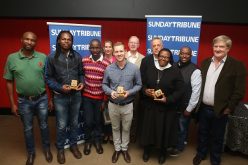