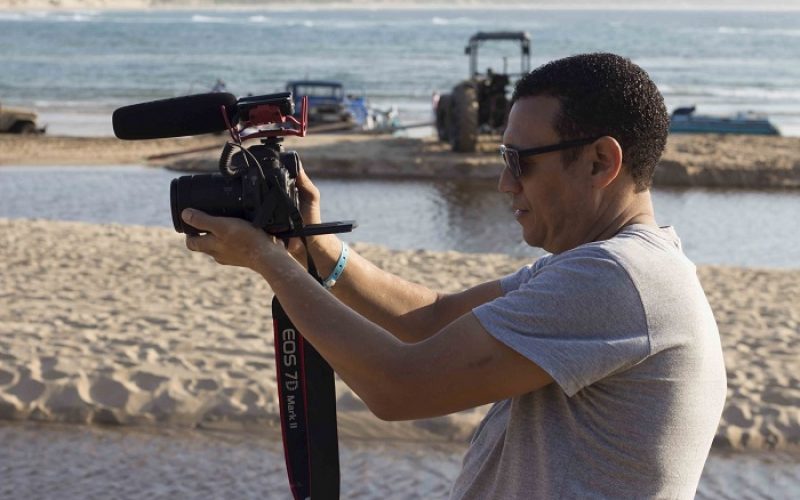 FOUR emerging southern African filmmakers attending this week’s Nature, Environment and Wildlife Filmmakers (NEWF) Congress in Durban will be awarded R50,000 each to produce an environmental or wildlife documentary of their choice.

The NEWF Congress takes place at Durban’s Botanical Gardens from today (Monday) through to Wednesday, and will feature presentations by global leaders in environment and conservation, including Dustin Renwick, the programme officer for National Geographic’ Storytelling Grants, Ludo Dufour from Off the Fence International and Dr Paula Kahumbu CEO of Kenyan conservation organisation Wildlife Direct.

Although the NEWF Congress is not officially part the Durban International Film Festival (DIFF) which opens in Durban on Thursday, it will certainly add to the film season hype that livens the city in July each year.

Both DIFF and NEWF also offer opportunities for young, aspirant filmmakers to make connections and forge relations with film industry financiers and professionals.NEWF founder and programme organiser, Noel Kok, said the congress addressed the need for Africa to expose to the world the wealth of Africa’s stories, wonders, natural history and wildlife – as told from unique African perspectives by Africans.

The Congress’s N.E.W Pitch short documentary pitching sessions are a step in this direction in that they not only provide emerging and student filmmakers with pitching experience, but also reward deserving candidates with production grants.

“It is aimed at discovering the next generation of nature, environment, wildlife conservation filmmakers,” said Kok, excited by the quality of entries received.“We had over 30 really good entries. Even veteran filmmakers applied,” said Kok.

“As a co-sponsor, Grindrod Bank recognises the value and potential effect that film can have not only on the lives of young upcoming filmmakers and the local documentary industry, but also make a real and lasting impact on conservation efforts,” added Freestone.

While the judging panel have been given specific criteria for judging the short documentary pitches, Freestone said she would also be looking out for a key trait that defines successful filmmakers: passion.

“You can’t fake passion,” said Freestone, who considers Blood Lions and How to Skin a Cat among the best wildlife documentaries she has ever watched.

While Blood Lions, which premiered at DIFF in 2015, blew the lid on how vague legislation enabled canned lion hunting to flourish in South Africa, How to Skin a Cat, tells the story of one’s man’s mission to halt the alarming decline in southern Africa’s leopard populations due to a widespread skin trade, largely due to the use of the leopard skins as ceremonial costumes of followers of the Shembe Church – a four million strong religious group.

Another keynote speaker, Peter Hamilton from DocumentaryBusiness.com will give insight into what people are watching, the latest viewership statistics and distribution platforms.

Before the presentation of this year’s N.E.W. Pitch awards on Wednesday, organisers will screen the short documentaries produced by last year’s winners: FidelTshivhasa who focused on the humpback annual whale migration that takes place in KZN; Shivan Parusnath who went undercover to expose illegal reptile trade; Mikhale Singh who focused on the endangered Pickersgills’ Reed frog; and the twelve environmental activists, otherwise known as the Ashdown and Imbali EnviroChamps who work to protect the wetlands and rivers in their area.

A more in-depth documentary, Sisters of the Wilderness, directed by award-winning filmmaker, Karin Slater, will be screened at both the NEWF Congress and DIFF.

Durban artist and filmmaker Janet Solomon will be screening her passion-project movie, Becoming Visible, about the impact of noise exposure from marine surveys on sea species, at both the NEWF Congress and at the Durban International Film Festival

Set in the iMfolozi wilderness, South Africa, in the oldest game park in Africa, the iconic Hluhluwe-iMfolozi park, Sisters of the Wilderness, tells the story of five young Zulu women venturing into the wilderness for the first time on ajourney of self-discovery, reminding them that we are all intimately linked tonature.

“We want to ‘transfer’ the audience to an ancient place where no barriers separate human and nature,” said producer, Ronit Shapiro, of One Nature Films, whose experience in the iMfolozi wilderness and a meeting with South Africa’s legendary conservationist, the late Dr Ian Player, inspired her to make the film. – Izze Siemann and Fred Kockott 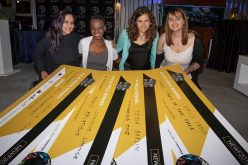