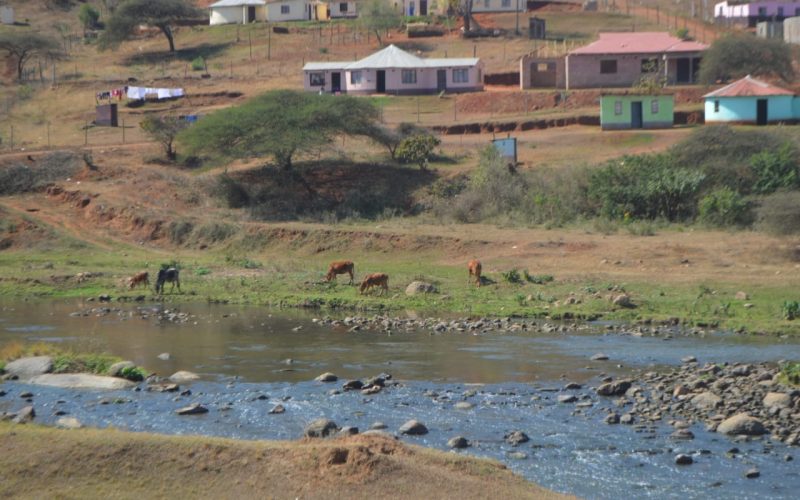 A TRADITIONAL cow doctor in the Valley of a Thousand Hills is among small scale farmers demanding compensation from Willowton Oil for cattle deaths following the catastrophic industrial spill a fortnight ago.

Most other farmers spoken to during a week long field trip in the Valley told Roving Reporters their animals had been drinking from the river since the spill and seemed no worse for it.

But in eNkanyezi, 63-year-old, Mboniseni Ngidi, said two of his 14 cattle had died. After the first died last Saturday, 17 August, he mixed some medicinal herbs and made a second cow drink it, but it died the following day.

He said he had tried to keep his cattle in his kraal, but they refused tap water – drawn from a dam in No9 section, KwaNyafu – and forced their way out.

“I have been hoping somebody from the company or government will come and address these issues because I am not the only one,” said Ngidi.

In Mboyi, close to where a 12-year-old herdsman drowned, reportedly while collecting dead fish from the river, 60-year-old Musa Mhlongo, said he had lost a calf in the wake of the pollution spill. 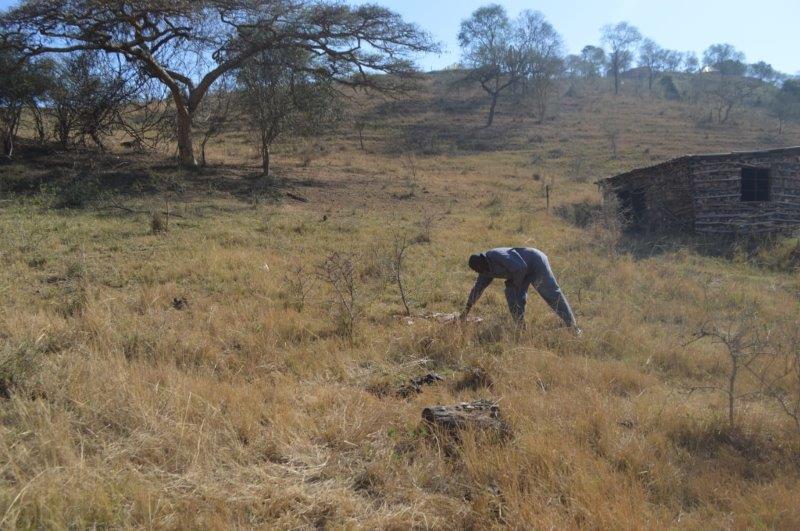 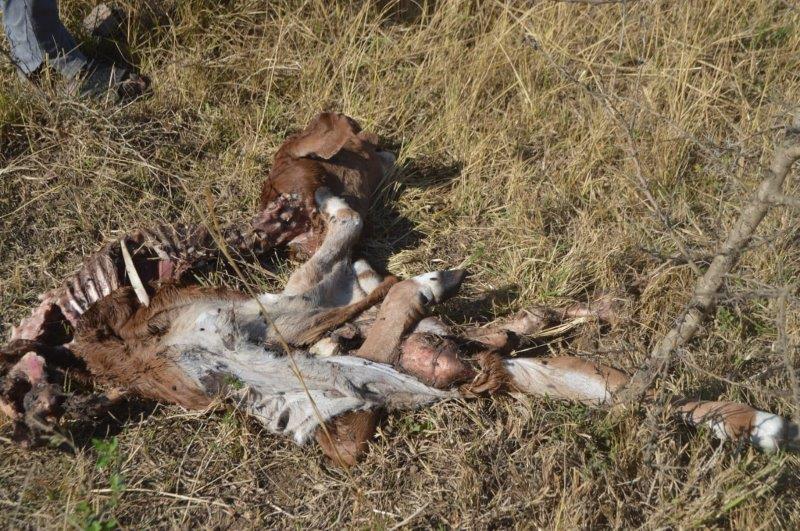 He said the calf was born prematurely on Friday, 16 August – after its mother drank from the river. The calf died the next day while returning from the river with its mother and the rest of Mhlongo’s herd of 11.

The remains of the calf now lie on a path to the river, less than 1km from Mhlongo’s home. Its carcass has been ripped open by dogs who have been feeding on it for the past week.

He said it had been impossible to prevent his cattle drinking from the river.

He and a few other farmers tried to lock their herds in a field, but the cattle consistently escaped and went to the river, he said.

Leonard Majola, of Mhali in KwaXimba, said he had lost one cow from his herd of 19.

A spokesman for the Department of Agriculture has called upon residents of the valley to report any cattle deaths so they can be investigated.

Warnings from authorities that polluted river water could pose a threat to crops, is also of concern to small scale farmers who rely on the nutrient-rich waters of the Msunduzi and Mgeni rivers for irrigation.

>> Back to main story: Small-scale farmers worry they will not be compensated for “losses”