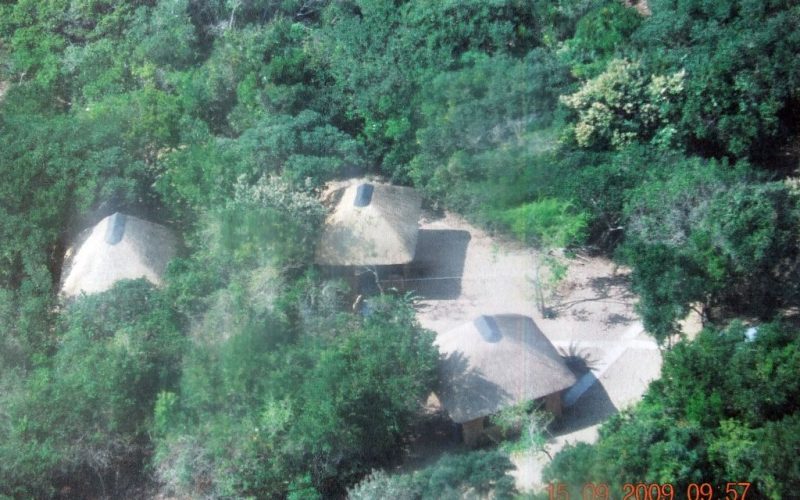 BUILDING in Bhanga Neck in violation of laws governing the pristine iSimangaliso Wetland Park – a United Nation’s World Heritage Site in KwaZulu-Natal – could result in a local resident and turtle monitor being jailed.

Muzi Mthembu, (27), is accused of allowing an outsider, Jan Joubert,  to build in the Bhanga Neck (KwaDapha) area within iSimangaliso without permission from authorities.

Muzi Mthembu was also interdicted from threatening to assault or intimidate –park authorities after hostile behavior towards rangers who visited the site to deliver letters of warning.

Joubert subsequently stood trial in the Ngwavuma Regional Magistrate’s Court. He was found guilty of contravening national environmental legislation in November last year and sentenced to a fine of R25 000 or two years in prison, suspended for five years. He was also ordered to pay R25 000 to iSimangaliso’s Community Levy Trust.

Mthembu’s trial is set down for two days in the Manguzi Magistrate’s Court this week. He is charged for clearing vegetation and building two cottages on site without permission.

The case highlights a growing rift between the Wetland Park Authority and people in the Bhanga Neck area who claim that they were not consulted or informed about the changes to their way of life when their area was incorporated into a UNESCO World Heritage Site in 1999.

They say that bidding to do business on land that traditionally belongs to them has become the biggest bone of contention, and constant source of a never-ending battle with conservation authorities.

This battle dates back to the late 1980s when David Webster, an anti-apartheid activist and anthropologist, encouraged Bhanga Neck residents to resist forced removals from the coastal reserve and set up independent eco-tourism enterprises. 23 years since Webster’s assassination in Johannesburg, and 18 years into democracy, little progress has been made in translating Webster’s vision into reality. No licensed eco-tourism camps operate in the Bhanga Neck area.

Kuluma TV producer, Mike Cornali, films the dilapidated state of the Kosi Bay Beach camp which the late anti-apartheid activist, David Webster, had helped build prior to his assassination apartheid security forces outside his Johannesburg home on 1 May 1989. He worked as an anthropologist at the University of the Witwatersrand, where he was a senior lecturer at the time of his assassination. The hit squad was paid R40,000 (at the time, equivalent to about US$8,000) for his murder. Ferdi Barnard, the man who pulled the trigger on the shotgun used, was later tried and found guilty in 1998. Barnard was sentenced to two life terms plus 63 years for a number of crimes, including the murder of Webster.

Since the declaration of the World Heritage Site, at least four unlicensed camps developed by local residents have been demolished.

They eroded “the economic foundation of the Park” and jeopardised sustainable tourism which provides tangible benefits to communities, said Mhlongo.

In Mthembu’s case, court records show that in late November 2008, Ezemvelo KZN Wildlife field rangers were on routine patrol when they came upon a site being cleared of vegetation in preparation for construction. They were told by a person working on the site that the place belonged to Joubert.

Later when the rangers met up with Mthembu on his way to the site, he said the land was his, that it had been allocated to him by the local induna, Gilbert Ngubane.  He told rangers that Joubert, who was with him at the time, was a friend helping him to build a homestead.

Subsequent police investigations involved subpoenaing records of telephone and cell phone calls, and Joubert’s banking and business records. These investigations revealed that Joubert had paid for the material and labour for construction on the site. Police also discovered that Joubert has three previous criminal convictions: one for theft, one for assault and another for concealing stolen property.

Mthembu argues his relationship with Joubert was not a financial one. “He (Joubert) is my friend, and he is the one who usually assists me with anything I’m running short of for building my kraal.”

In a recent interview, Mthembu said he was concerned that if he receives the same sentence as Joubert, he could end up in jail as he does not have the money to pay a fine or damages to iSimangaliso.

Mthembu said his only income is derived from the work he does for Ezemvelo KZN Wildlife as a turtle monitor during the turtle nesting season, from November to February.

“There are five of us from Bhanga Neck working as turtle monitors. Last year was my first season,” said Mthembu.

Mthembu has resorted to traditional medicine in preparing for his court case, using turtle fats and the insides of a “squirrel like animal” in the preparations which he smears on his eyebrows or hands before appearing in court.

He also believes he has traditional land rights on his side, having been allocated the piece of land by his father whose own father had occupied it before him.  – Nosipho Mngoma (additional reporting by Fred Kockott)

KwaDapha induna, Gilbert Ngubane, (above) is at the centre of the controversy of allowing unauthorised developments in the Bhanga Nek area of the iSimangaliso Wetland Park, such as the site shown in the top featured image (Photo from court record). The development has since been demolished and resident Muzi Mthembu is now on trial for his role in the development.  Owners of accommodation establishments such as Ukuthula Adventures (below) reckon that authorities have thwarted their prospects of tapping into the tourism trade. PHOTOS: FRED KOCKOTT