With Arbor Week underway in South Africa, it is worth reflecting on the life Abdul Samad Sheikh, a rickshaw-puller in Bangladesh who planted at least one tree a day since he was 12. It’s said that Sheikh singlehandedly planted 50,000 trees. The “Forest Person of Bangladesh” died earlier this month, aged 60. Also known as the Tree Samad, Sheikh had no land of his own. According to a local newspaper, The Daily Star, Sheikh planted trees mostly on government land – around mosques and offices where no-one would cut them down later.

In February this year, The Daily Star, awarded Sheikh 100,000 taka (R16,500) to help him build a better home for his family. In his acceptance speech, the inspirational “nature guardian” asked everyone to follow his example and protect the environment. 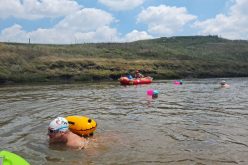