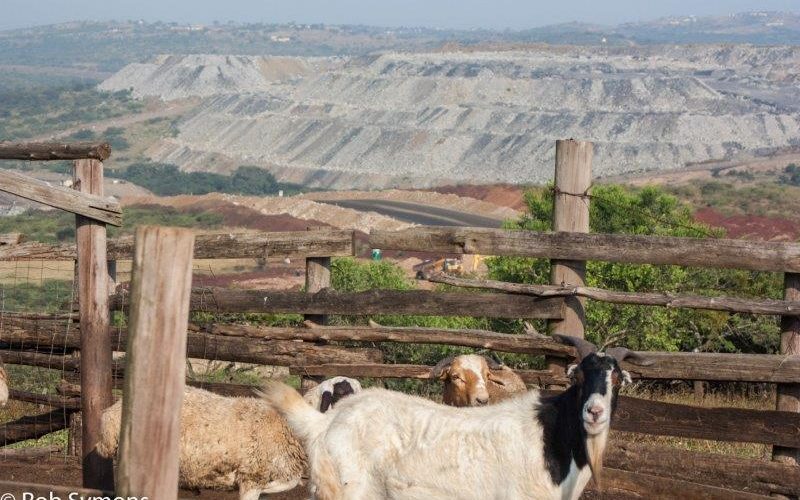 Top environmental lawyers and experts have thrown their weight behind a bid to force one of South Africa’s largest coal producers to comply with environmental legislation. FRED KOCKOTT reports

Tendele Coal Mining operates the Somkhele coal mine on the fringes of the Hluhluwe-Imfolozi Game Park. The historic game reserve has provided a sanctuary for rhino, lion, leopard, elephant, buffalo and a diverse range of other wildlife for 110 years. It attracts thousands of local and foreign tourists every year.

Situated 5km from the park, the mine has been operating since 2007 amid opposition from people living in neighbouring communities and a growing number of environmental organisations.

Despite this, the Department of Mineral Resources granted Tendele an additional 222 square km mining right in 2016. 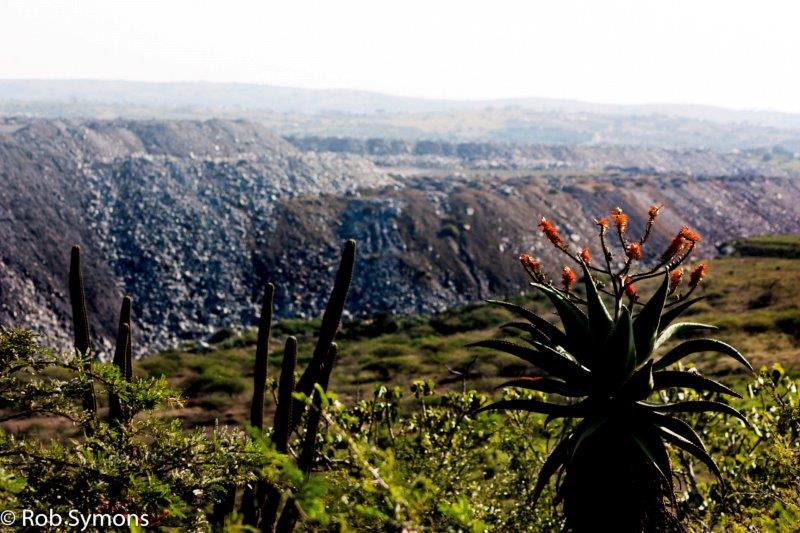 Many people living in communities near the Somkhele coal mine say its operations have desecrated the environment, and adversely impacted on people’s health, livestock and crops.

Last year the Global Environmental Trust (GET) and two other applicants, including a 24-year-old resident from a neighbouring community, Sabelo Dladla, sought a high court order stopping Tendele from carrying out its current mining activities in Somkhele until it complied with relevant laws.

They argued that the mining was unlawful in that it was operating with no environmental authorisation, no municipal planning approval, no waste disposal licence and no permits to shift ancestral graves.

GET further argued that the mining operation caused serious environmental harm, contributed to water scarcity and had adverse health effects in neighbouring communities. 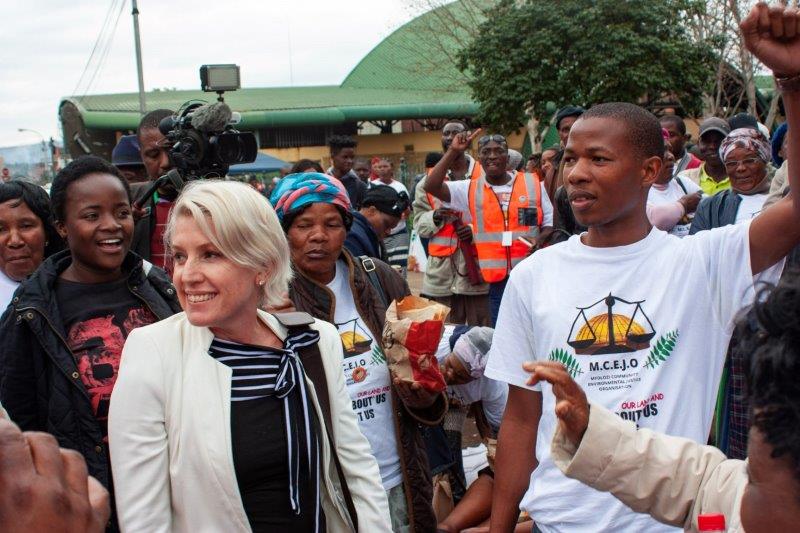 In his supporting affidavit, Ddadla said the mining area, previously used for livestock grazing, was polluted with massive stockpiles of coal discard and rock. What was once a quiet rural setting alongside a wilderness area was now a vast industrial rock dump with coal dust adversely impacting on the environment, crops and livestock in the area.

He said several homestead structures were cracking because of regular dynamite blasting at the open-pit coal mine. Life had changed forever, with many local residents forced to leave their land and homes to make way for mining.

Several of his livestock had also died or disappeared after wandering into mining land that had not been fenced off adequately, said Ddadla.

But Pietermaritzburg High Court Judge Rishi Seegobin dismissed the interdict application, arguing that the applicants had not given authorities the opportunity to fully investigate these complaints.

“It is one thing to allege a statutory breach. It is quite another to provide proof of non-compliance,” said Seegobin.

He said if the department was not satisfied with the mining operations at Somkhele, it would have requested Tendele to upgrade its Environmental Management Programmes along the lines required by the Mineral and Petroleum Resources Development Act.

There was also no evidence that the applicants had sought to engage meaningfully with the relevant authorities about Tendele’s alleged contraventions, said Seegobin.

While Seegobin acknowledged that Tendele had never obtained municipal permission to mine in the area, he said the remedy for this was for the municipality to serve a contravention notice on the developer, and ultimately, if necessary, a prohibition order restraining illegal activity.

He said nearly 1,000 people would lose their jobs if the mine was forced to close.

At the time of the judgment last year, attorney Catherine Horsfield, representing the Cape Town-based Centre for Environmental Rights , expressed concern that the ruling “may open the door” to companies to disregard environmental laws and safeguards in the Constitution. She also criticised the judge’s punitive costs order against the applicants.

This, she said, had a “chilling” legal effect that would scare other vulnerable people from instituting public-interest litigation against powerful mining companies.

The Centre subsequently applied to be amicus curiae (friends of the court) in an application for leave to appeal. Led by attorney Kirsten Youens, GET’s legal team was also bolstered by mining and human rights law specialists, Johan Lorenzen of Richard Spoor Attorneys and advocates Mawande Mazibuko and Tembeka Ngcukaitobi.

Delivering judgment on GET’s application for leave to appeal this week. Seegobin said: “I have listened intently to the submissions advanced by all the counsel … In view of the various pieces of legislation involved and questions of legality that might arise, I am persuaded that an appeal would have reasonable chances of success.”

The decision has been welcomed by the Centre for Environmental Rights as an opportunity to get support from the courts for greater compliance in the mining sector.

“This important court case marks an opportunity for South Africa’s courts to make it clear to the coal mining sector that they do not support companies that are in breach of the country’s laws,” reads a statement from the Centre. 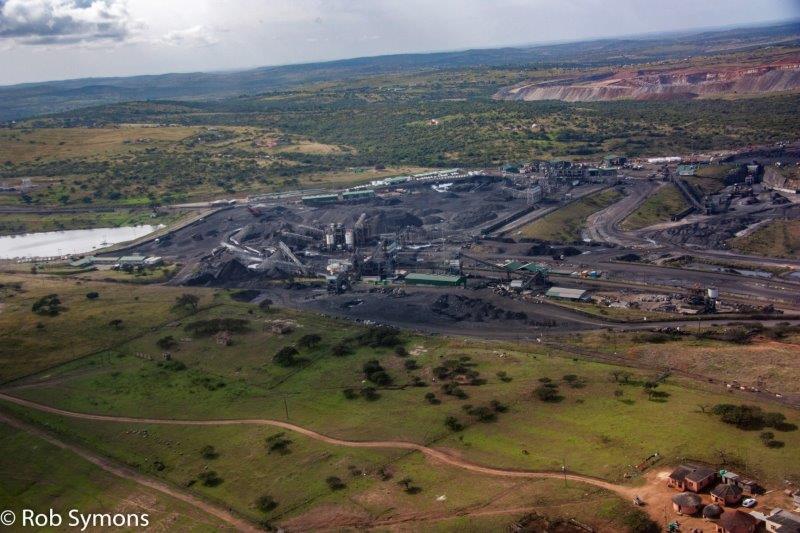 “With the Global Climate Strike taking place, there is strong evidence of increasing momentum to hold companies and governments to account and to put pressure on them to reduce fossil fuel expansion and dependence in order to prevent the increasing threat of devastating climate impacts,” said the Centre.

Youens also said it was also good to “finally see the tide turning” for her clients in particular 4,000 community members that make up the iMfolozi Community Environmental Justice Organisation (MJECO).

Besides seeking the interdict to force Tendele to comply with relevant legislation, Youens is challenging the Department of Mineral Resources’ decision to grant the additional mining right in 2016.

“The support we are getting from public interest lawyers and organisations around the world has been very encouraging for us but especially for MCEJO who have felt alone in their battle for a very long time,” said Youens.

A spokesman for Tendele Coal Mining, and its parent company, Petmin, was not available for comment at the time of going to press.

Tendele is the country’s largest producer of high-quality metallurgical anthracite. Somkhele has capacity to mine in excess of 1.2 million tonnes a year of anthracite and also produces energy coal from discard.

In 2015 Petmin announced an agreement for a R350 million black empowerment transaction giving the local community and employees a 20% stake in Somkhele. 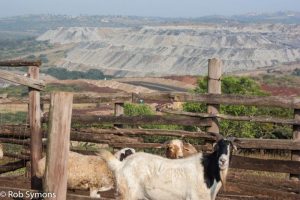 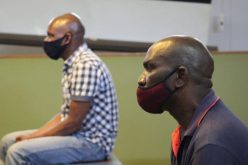