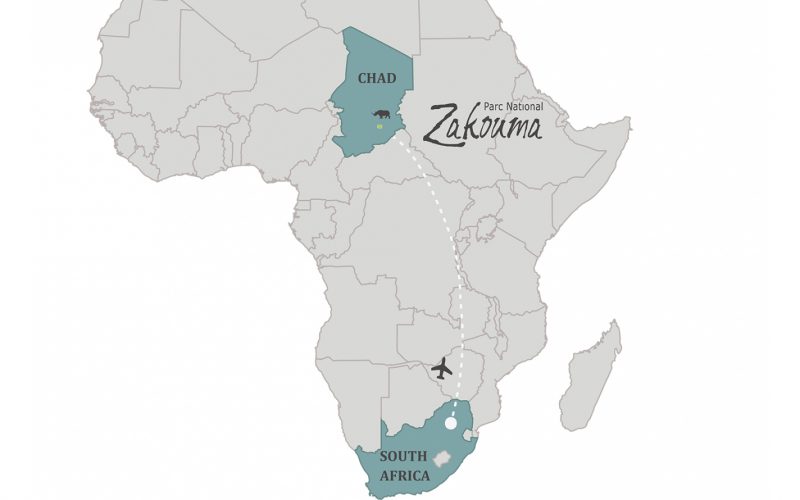 Poaching has been ruled out after the discovery of two black rhino carcasses in Chad’s Zakouma National Park.

Last week’s discovery brings the total rhino deaths to four, of the six that were reintroduced in May this year, according to the managers of Zakouma, African Parks.

“‘We can confirm that none of these rhinos was poached and we are taking all actions to determine what may have resulted in their deaths,”‘ said Peter Fearnhead, chief executive of African Parks, a non profit organisation that manages the park.

He said post-mortems have been done on the carcasses and samples of blood, tissue and fecal matter sent to pathology laboratories in South Africa.

“Results so far have indicated that infectious diseases or plant toxicity are not the cause of death. Serological evidence has however indicated exposure to trypanosomes, a blood borne parasite transmitted by tsetse flies, but at this stage this is not suspected to be the cause of the mortalities,” he said.

However, low fat reserves suggested the rhinos had adapted poorly to their new environment in southern Chad and this may have been the underlying cause of the deaths, he said, adding that further test might shed more light on the matter.

Fearnhead said the remaining two animals were being recaptured and placed in holding facilities for closer management.

A South African National Parks  veterinarian had been dispatched to Zakouma National Park to assist, and one rhino had already been recaptured and was doing well, he said.

The six rhino were relocated to Chad from South Africa.

The last wild rhino was seen in the central African country in the 1970s after decades of poaching drove them to local extinction.

The translocation involved cross-collaboration between the South African Department of Environmental Affairs, the government of the Republic of Chad, as well as African Parks and South African National Parks.

African Parks has taken on the long-term management and rehabilitation of 15 national parks and protected areas in nine African countries, covering 10.5 million hectares.

It has managed Zakouma — a park once ravaged by poaching and insecurity — since 2010. — Roving Reporters

FEATURED IMAGE Six black rhinos were moved from South Africa to Zakouma National Park in Chad in a cross-continent journey spanning over 4800 kilometres in mid 2018. But four of the animals have died since the mid-year move. Image: www.africanparks.org