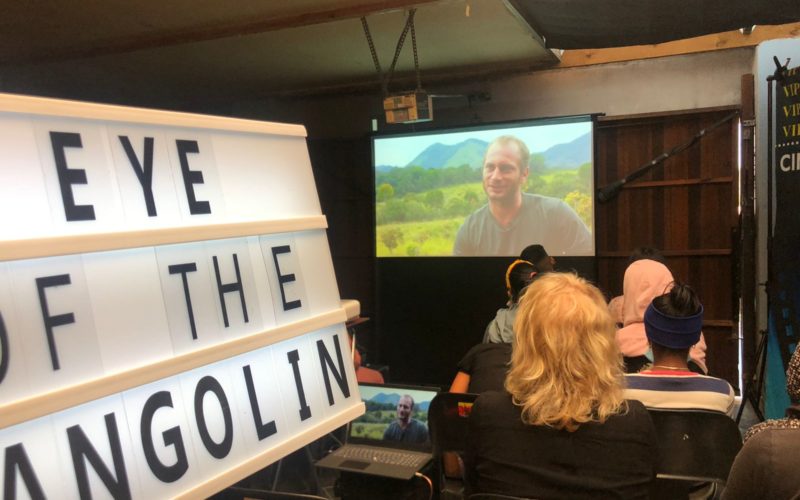 Sometimes, when there are big, pressing environmental problems to tackle, it’s best to begin at home.

Singlee, 24,  is taking part in the Khetha Journalism Project which equips journalists with tools and insights to better report on the endangered wildlife trade. It is a US-Aid supported initiative developed by WWF-SA, WESSA and Roving Reporters.

“From the beginning of my journey in the Khetha project, I knew that all of the knowledge and skills I built would turn into something much bigger than I had first intended,” says Singlee. 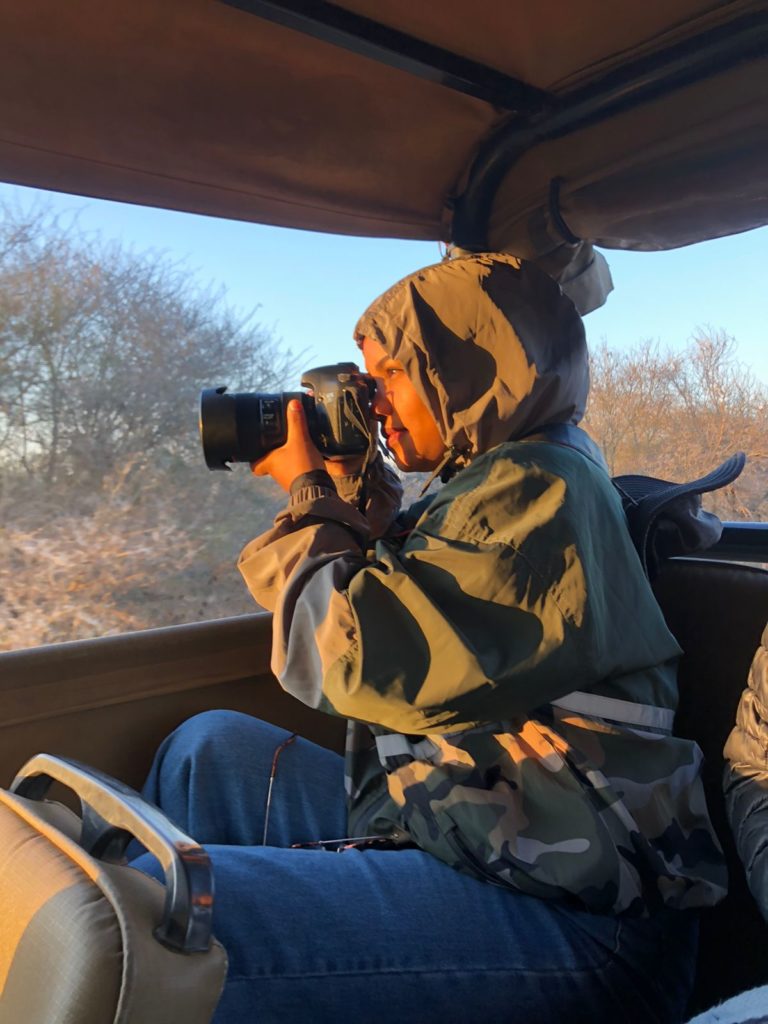 But the Athlone-resident initially faced a tricky problem. Khetha’s main focus is on people and wildlife in and around Kruger National Park. Singlee was on the other side of the country and until she attended a Khetha workshop in October, had never visited the park.

But rather than letting distance stand in the way, she turned it to her advantage. Returning from the workshop fired up, she initiated a Khetha awareness campaign on the Cape Flats. It started with the screening of Eye of the Pangolin, an acclaimed documentary on illegal trade in this endangered (but little known to the public)  animal.

The screening was hosted at her home, in a double-garage turned temporary movie venue. 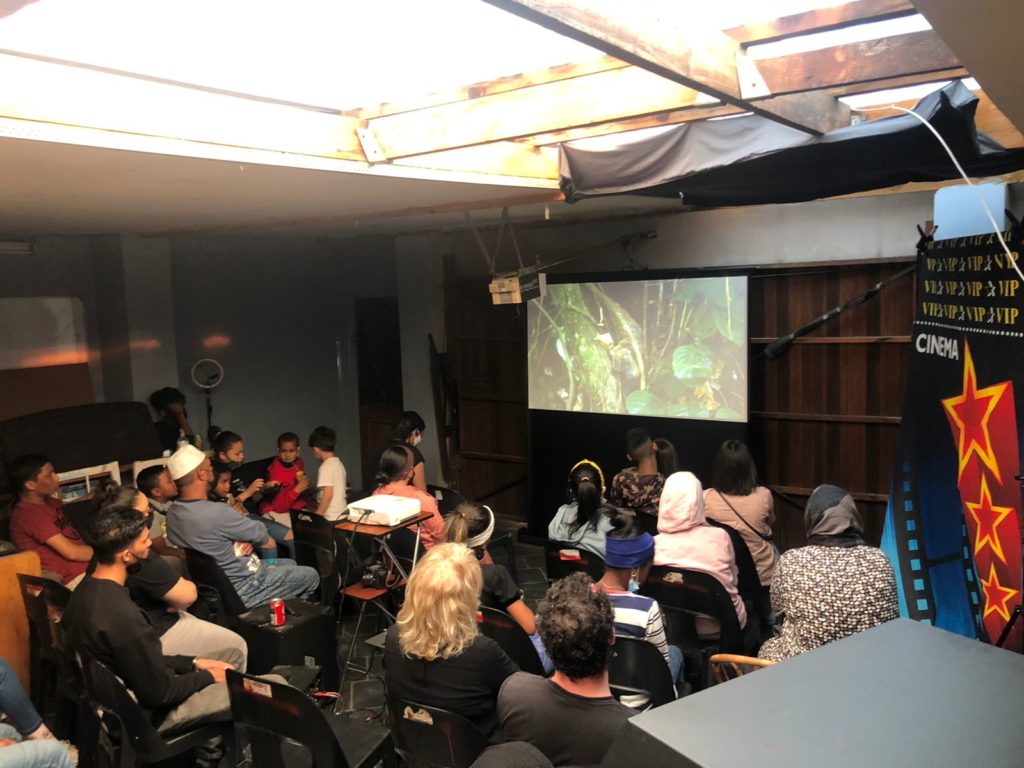 Rejoyce Kgabo Legodi: Tell us a little about who you are and how you got involved in Khetha?

Eemaan Singlee: I am a documentary filmer and journalist from the Cape Flats, in Cape Town. I got involved in Khetha when one of my mentors, who is active in conservation, identified me for this programme and gave my contact to the amazing (veteran broadcaster and journalist) Les Aupias. When she contacted me and told me about this amazing opportunity I had to grab it with both hands. 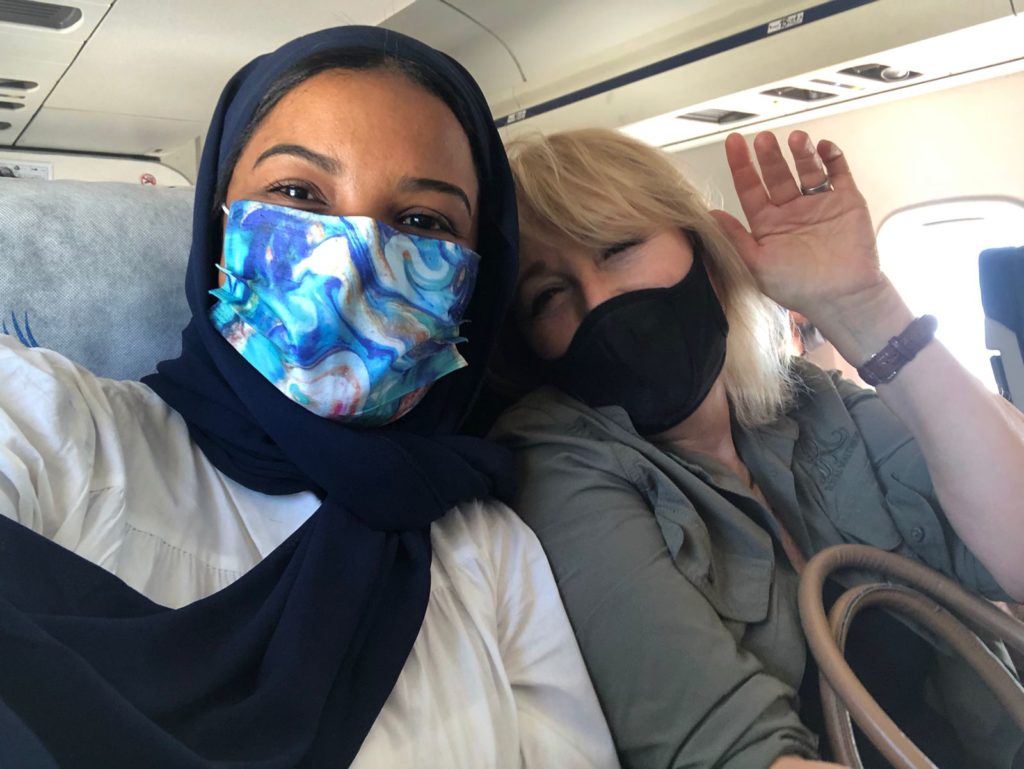 Eemaan Singlee grabs a selfie with her mentor, journalist and broadcaster, Les Aupias, on their way from Cape Town to the Kruger National Park for the Khetha workshop.

Legodi: I understand you were inspired to organise your pangolin project screening after a recent Khetha workshop in Skukuza, in the Kruger National Park. Tell us about the workshop and your idea?

Singlee: The Khetha workshop was deeply rooted in education on conservation and coming from the Cape Flats, this was the first time I was introduced to such a programme. It had a real impact on me and I saw it as an opportunity to bring such a programme back to my community. I felt it could similarly impact my community for the better. 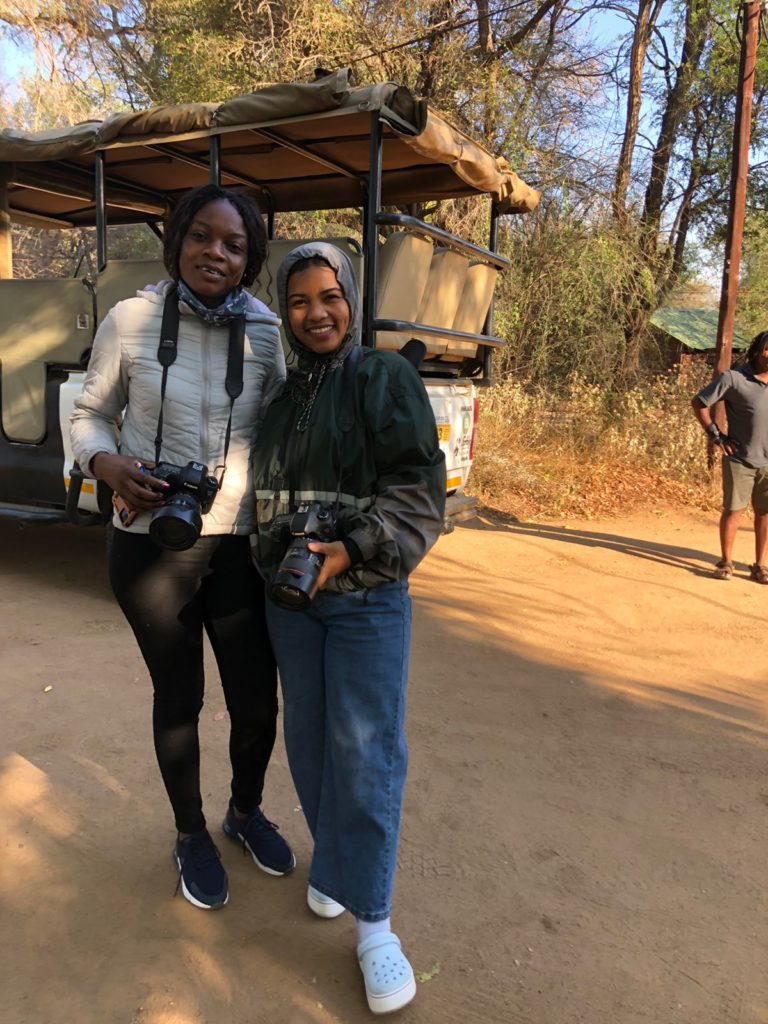 Eemaan Singlee and Wild Shots Outreach photographer, Justine Maluleke, back at camp in Skukuza after their game drive during the Khetha workshop. Picture: Warren Ngobeni.

Singlee: So many amazing things and if there is one thing I can take away is that I got to work with the most amazing people in the conservation journalism field. And through that I have been made aware of ways to research and grab quality stories that can get a message across.

Legodi: How has the project added to your life? Has it enriched and benefited your understanding of conservation, media and writing?

Singlee: Definitely. Before this project I wasn’t very aware of conservation. Coming from the Cape Flats, conservation is not always a top priority. Here the main endangered thing is the people. For the past few weeks my brother couldn’t even play outside because of gang violence and crime. But Khetha opened my eyes to see the links between the social justice issues we are facing in the Cape Flats and the injustices in the world of trafficking and conservation.

Legodi: What have you done with the knowledge you’ve learned from Khetha? 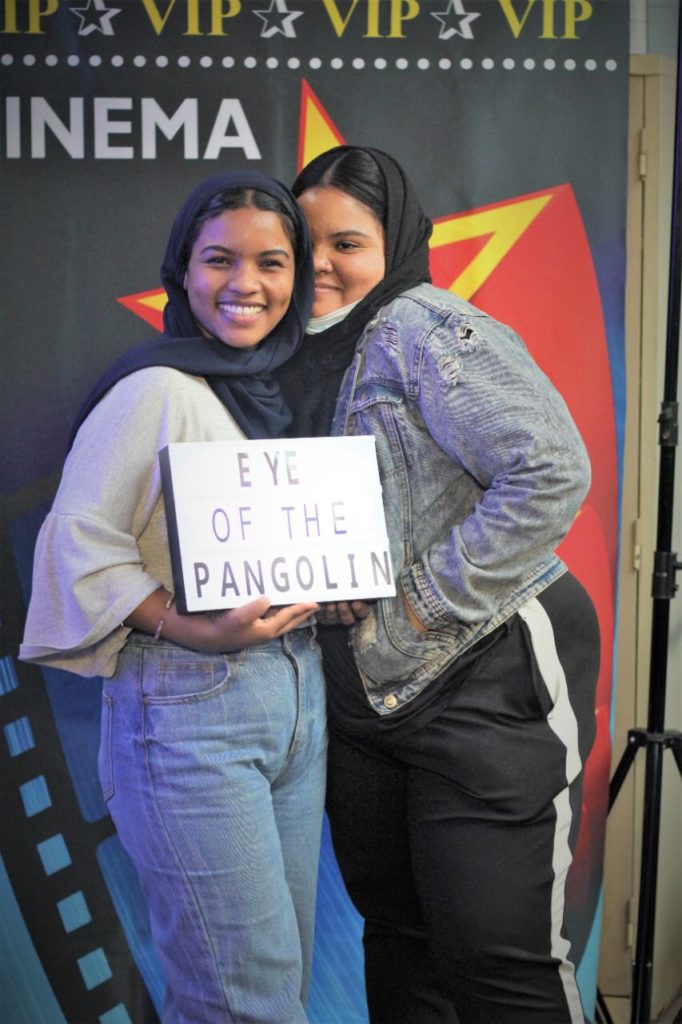 Eemaan Singlee and best friend, Raeesah Mcneil, delighted after the successful screening of the Eye of the Pangolin documentary. Picture: Shifaa Singlee

Singlee: I have implemented it in my community by piloting a programme for the youth on the Cape Flats. I am hoping to create active, and educated conservation warriors and I am doing this through various programmes. With the help of the Khetha journalism project I was able to take the kids on hikes. I took them to nature reserves. And we had our very first cinema screening in my family’s home. I invited kids from across the Cape Flats, including Lavender Hill and Mitchell’s Plain, and it was the first time they watched a conservation film with popcorn and cooldrink. They left the screening inspired to become conservation warriors in their own communities.

Legodi: What do you plan to do next now that you’ve been so enriched?

Singlee: I plan on taking this a step further by getting more people involved as well as continuing my research in conservation. At Skukuza, where I attended the workshop, I got to wake up to giraffes grazing. That’s something a girl like me could only dream of, but Khetha made it a reality. I guess my biggest goal would be to take my Cape Flats conservation warriors to the Kruger so that they can also be inspired like me.

Legodi: Thank you so much for your time. We wish you all the best along this exciting Khetha journey.

Singlee: Thank you so much for being given the opportunity to speak. I would just like to say that a spark was always inside me but the Khetha project really fanned that into life. So this is just the beginning of many more amazing stories and programmes.  – Roving Reporters 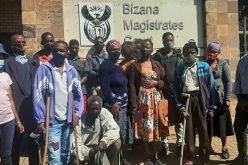