Roving Reporters has a deep interest in our oceans and the rivers that flow into them. Marine conservation, protected areas, mining on the coastline and oil and gas exploration are all subjects demanding attention. And the care and management of our rivers is perhaps just as important. After all, it affects everyone.

Many of our Ocean Watch writers have a background in marine biology or the conservation sciences, some got their first byline in the popular press through Roving Reporters, a few are old(ish) hands… 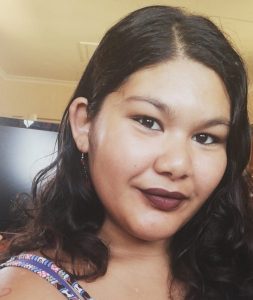 Katie Biggar is a marine biologist (BSc Honours – Marine Biology, from UKZN) and a freelance writer. She is passionate about environmental and ocean education. Biggar recently won the NEW Pitch Stories of Hope competition, a filmmaking initiative that empowers youth from across Africa to make conservation themed films. She is now working on a short documentary about her hometown and the next bird facing extinction in South Africa – the Montane blue swallow. Biggar has also been working on several poetry, fiction and nonfiction writing projects. 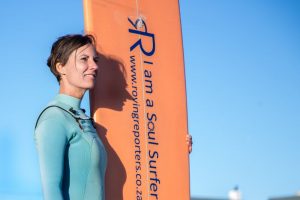 Diony Lalieu is Roving Reporters’ Cape Town correspondent. She is a research psychologist and founder of  Ocean Pledge, a non profit company  that works to inspire people to take action to tackle pollution from single-use plastics. It brings together research, education and activism, including a project centred on restaurants, to stem the plastic tide. As a mother of two young girls who are set to inherit our planet, she is passionate about imparting a positive and interconnected outlook for a better future. Diony is a keen surfer and nature lover.

Natalie dos Santos is a Roving Reporters – Ocean Watch associate editor and loves sharing her passion for ocean conservation with readers. She is working on a Masters degree in Zoology through Nelson Mandela University, describing the in-water ecology and population dynamics of sea turtles in South Africa. Natalie is keen on scuba diving. 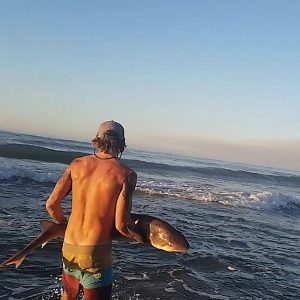 Sean Kelly – @the_sharkman – is a freelance copy and feature writer as well as the online editor for Zigzag Surf Magazine, Africa’s foremost surf magazine. Sean holds an Honours degree in Environmental Management from Stellenbosch University. Before joining Zigzag he was employed as the skipper and field coordinator at the South African Shark Conservancy. 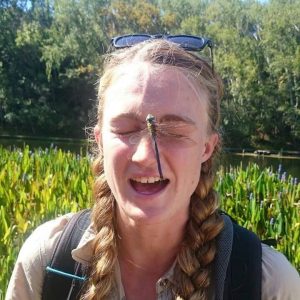 Curious about nature and driven to protect it, Rio Button is a marine biologist with a Master of Science degree in Conservation Biology from the University of Cape Town. The degree focused on marine spatial planning. Button wants to contribute to the sustainable use of marine resources and the preservation of healthy ecosystems. She is the chief conservation officer at Wildcards, a tech start-up connecting grass-roots conservation agencies with funding, and is a commercial diver. Science communication is another of her interests.

Lisa Cloete is a writer and student. She has worked in the art and publishing fields. Her passion for the ocean has led to small forays in ocean and environmental activism, particularly regarding the plastic pollution crisis. She aims to bring awareness through the power of storytelling.

Leigh de Necker is a marine biologist, aquarist and commercial diver at the Two Oceans Aquarium.  She has completed her Master of Science (MSc) degree where she researched the feeding habits of broadnose sevengill and great white sharks in False Bay, South Africa 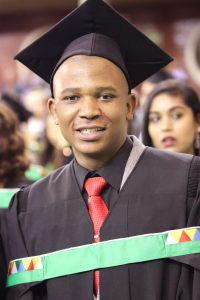 Njabulo Mdluli is a masters student at the University of KwaZulu-Natal. His research investigates submarine canyons’ influence on zooplankton communities within the iSimangaliso MPA. His passion for nature conservation and science communication has led him to participate in various environmental organisations such as the Youth for MPAs and the Ocean Stewards. He also volunteers as a guide for the UShaka Marine World education centre. Njabulo is also an aspiring nature photographer with interests in insect macrophotography. 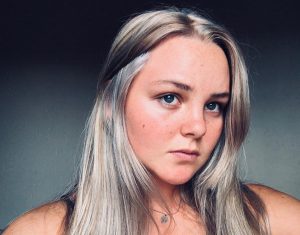 Skyla Thornton describes herself as a young woman with a deep passion for her country and the world around her. Her love of the ocean has been frustrated by distance – she grew up in Johannesburg. But things are changing for her. She completed matric in 2020 and has begun her studies in Earth Sciences at the University of Stellenbosch. She hopes to eventually earn a PhD in Oceanography. Photojournalism is another interest.

At school Skyla was active in debating, public speaking and community service. In her matric year she began a “journey in the space of climate justice action”. Recently she joined a  climate march with Extinction Rebellion in Pretoria and is a member of the Collective Movement, a youth-led organisation focused on achieving social justice through climate justice.

“I truly hope to make an impact in conservation and research in any way that I can and contribute to positive change both in South Africa and in the world,” says Skyla.