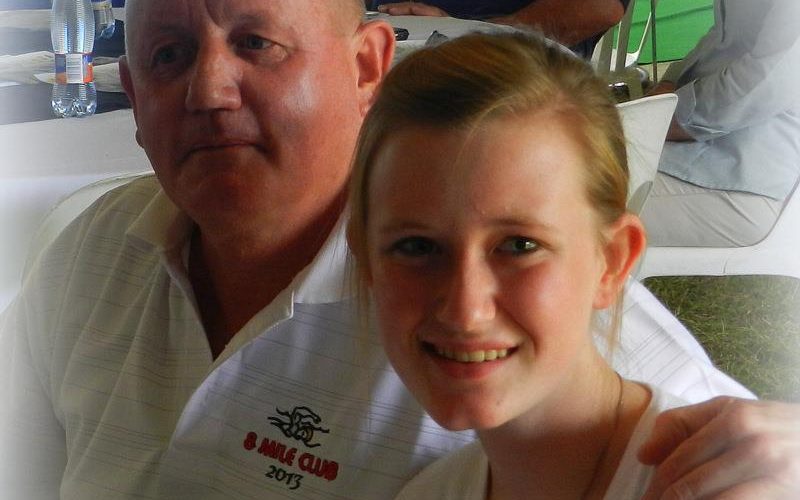 The Iron Man Competition required that all competitors to complete the Dusi Canoe Marathon, Comrades Marathon and Midmar Mile.  This “baby step in 1980”, says Bremner, led to “a giant leap of 40 consecutive years of Midmar”, 15 of them as part of the 8 Mile Club which see all its members swim each one mile event, back to back.

Bremner can now boast of completing 154 official Midmar Miles, as well as  as 12 years of Ironman, where he snatched a Silver in the Comrades Marathon and and a Top 20 placing in the Dusi.

Arriving in Cape Town  five years ago,  Bremner got bitten by the COLD by the cold in a big way!  After joining the “ Hot Chocolate Club” in Camps Bay where icy water is the juice of the day, he decided to give the infamous Robben Island crossing a go. He has since completed two Robben Island Crossings, and also the iconic Cape Point Swim.. 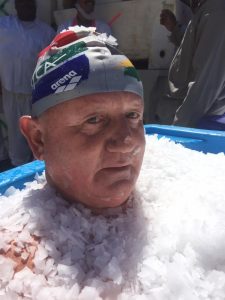 Then came the real ICE challenge- swimming in waters of sub-zero temperature, often in Olympic size swimming pools carved out of the ice. Bremner represented South Africa in the World Ice Swimming Championships in Germany in 2017 and more recently again in Russia where he obtained a silver medal in the 200m Freestyle for his age-group.

When Bremner is not swimming with the Hot Chocolate Club in Camps Bay or dashing over to the Arctic Circle for a real ‘cold rush’, his time is spent managing a busy fuel station in Kuils River and being dad to his 20 year old daughter, Sam.

While Merv seldom does anything without good reason, he is keeping mum, at least for now, on why he is joining The Wild Swim along a 22 km stretch of the Wild Coast earmarked for heavy minerals mining.  The adventure swim has been organised by the 8 Mile Club in association with Roving Reporters and the Kydrin Foundation to raise R250,000 for eco-tourism in the area, marine conservation and associated environmental journalism training.