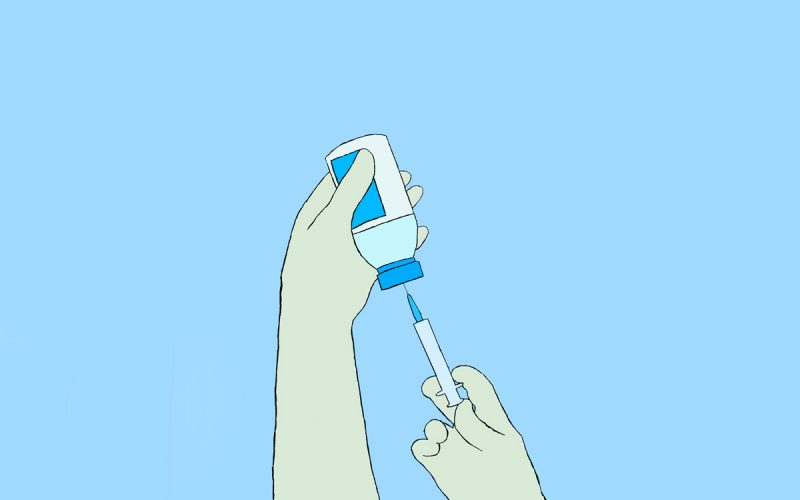 Fewer people presenting for vital measles jabs may be one of the unintended consequences of the war on coronavirus, writes Fatima Khan.

A top public health official has expressed  concern that the Covid-19 lockdown may lead to a lapse in vaccinations for other serious diseases, notably measles.

Melinda Suchard, head of the Centre for Vaccines and Immunology at the National Institute for Communicable Diseases (NICD), warned this week of a “negative impact” of Covid-19 on the routine vaccination of children.

“There may be less demand for vaccination because mothers may have logistic difficulties attending vaccination clinics because of transport issues,” she said.

“During the lockdown, the National Advisory Group on Immunisation suggested that mothers delay vaccination until after lockdown, as a short delay will not be harmful to the children. It is however critically important that mothers catch up the missed vaccinations as soon as possible.”

She advised mothers to  contact their vaccination clinics to confirm when they should attend.

And Suchard emphasised that when attending clinics for vaccination, social distancing and hand washing was important.

“Appointments are preferable, to avoid long queues. Mothers can also wear cloth masks,” she said in a statement.

Suchard stressed that South Africa was not facing a measles outbreak, although there were occasional cases.

A measles outbreak is defined as 3 cases within one district within one month.

“The total number of measles cases for the year is 22, but these have not been clustered together in any particular geographic area,” she said.

The NICD confirmed a measles outbreak in the North West Province in October 2019, with three cases reported within four weeks.

After laboratory testing confirmed the presence of the measles virus, a vaccination drive was started immediately.

In the first half of 2019, 13 cases were reported in South Africa, 4 of which were in the Western Cape.

The 4 were unvaccinated siblings, ranging in age from 12 to 19. They had just visited a country in Eastern Europe.

South Africa’s vaccination programme works well on the whole, with perhaps only a middle class minority sometimes resisting having their children inoculated.

The Department of Health estimated that the measles vaccine coverage in 2019 was 83% for the first dose (given at 6 months of age), and 79% for the second dose (12 months of age).

So, even before Covid-19, 1 in 5 children was not fully immunised against measles, said Suchard.

The disease has claimed more than 6000 lives in the DRC in the latest outbreak, according to the World Health Organisation (WHO).

The WHO puts the total number of suspected measles cases in the central African country at more than  310 000 since the start of last year.

And as of late last year the global figure for the measles exceeds 413 308 cases reported.

Unlike Covid-19, however, where researchers are scrambling to develop a vaccine, one has long existed for  measles.

In fact, it’s been around since 1963 and has proven hugely successful.

There were a number of reasons for the worrying recent surge, notably conflict  in the DRC, and the simultaneous Ebola outbreak. Deaths from measles more than double those from Ebola.

The growing public mistrust of vaccines in many countries may be a factor too. And this could bode ill for any Covid-19 preventative vaccine.

Suchard advised mothers to ensure their children were  fully immunized to avoid outbreaks of diseases life-threatening to children.

“Measles is particularly important as measles can cause large outbreaks that spread rapidly. Measles can cause diarrhea, brain infection, blindness or death in children. Measles vaccines are routinely given at 6 and 12 months of age. If any measles vaccines have been missed, they should be caught up as soon as possible,’ she said.

Roving Reporters requested comment from the Department of Health both nationally and in KwaZulu-Natal on Friday, but a response was not forthcoming at time of publication.

Measles is one of a number of diseases that once prompted panic but for many years has been successfully treated with vaccines.  We tend not to worry too much about such diseases.

The Centers for Disease Control and Prevention lists 14 such diseases.

Before 1963, measles epidemics broke out every 2 to 3 years and claimed an estimated 2.6 million lives each year.

Vaccinations have been hugely successful against the disease. But it took a while to get there.

Measles was identified as early as the 9th century by Muhammad ibn Zakariya al-Razi or Rhazes.

Rhazes, a Persian polymath, is credited with writing the earliest account of measles and of being able to distinguish between measles and smallpox.

In the intervening 1000-plus years, progress in research and disease control gradually reduced the number of measles epidemics.

In 1963, the vaccine was pioneered in the US. Other countries followed suit, some using other measles vaccines not derived from the original measles strain.

According to the WHO, vaccinations prevented an estimated 23.2 million measles deaths from 2000 to 2018 . 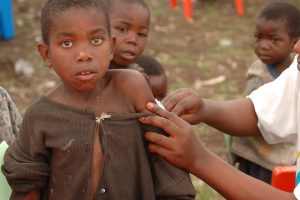 OLD PROBLEM: The United Nations Children’s Fund vaccinates children for measles in Muganga, in the DRC in 2007. An outbreak of the disease in the central African country claimed more than 3000 lives last year. Picture: Julien Harneis/flickr

Why now a resurgence – not only in the DRC, but also in countries where the disease was long ago beaten?

The WHO early this year attributed the epidemic in war-torn DRC to:

Meanwhile, on the other side of the world, in Samoa, a measles outbreak has stretched the Pacific island state’s health care system.

On 20 January 2020, Reliefweb, a United Nations humanitarian information service, confirmed that a measles outbreak had claimed 83 lives since October 2019, with 5,707 cases reported.

The Samoan government imposed a state of emergency, eventually lifted on 28 December. It included a vaccination drive that inoculated 95% of suitable people.

Samoa had, as of 14 April 2020, reported no Covid-19 fatalities, but a state of emergency with a lockdown was in place.

The US recorded 1,276 measles cases last year – the highest total since 1992. The figure represented a fourfold increase on the 2018 total, and was more than 20 times the number of cases reported in 2010.

Such was  the severity and longevity of the outbreak, the United States barely managed to hold on to its “measles elimination status’” which has been in place since 2000.

In August last year, the Guardian reported a “Sharp rise in measles in England amid fears over ‘anti-vaxxers”, with the highest quarterly figures seen since 2009.

At this stage, the WHO had withdrawn Britain’s “measles free status“.

Albania, the Czech Republic and Greece lost their measles free status at the same time.

Measles is pretty contagious. But how contagious?

Findings vary, but according to virologists, the disease has a Basic Reproduction Number (R0) value of 12-18.

This means that 1 person who has measles could, on average, infect 12 to 18 other people in a totally susceptible population.

The definition is of necessity a little vague. That’s because a population’s susceptibility to a particular disease varies from country to country, region to region.

In some countries people tend to be better fed. In others, the prevalence of other immune system-compromising illnesses may play a big part. Think here of South Africa with it its high incidences of tuberculosis and Aids.

Demographics – including the age-spread of the population, poverty or living conditions of a population and climate all affect R0.

None of this accounts for another important phenomenon – super spreaders.  When it comes to spreading the disease some of us are simply better at for biological reasons or because of our social habits.

In a June 2019 travel advisory, the WHO warned of an increase in measles cases in countries with generally high overall immunisation coverage. This was because the disease has spread quickly among clusters of unvaccinated people.

The outbreaks have proved a setback for the WHO, which had targeted 2020 as the year for the elimination of measles and rubella in five of its regions, as part of a global vaccine action plan.

The WHO website lists six common misconceptions about immunisation, which were partly to blame for the resurgence in cases. These are:

Religious beliefs, a distrust of pharmaceutical companies, and a belief that the risks outweigh the benefits were other reasons people were avoiding immunisation.

A scientific paper published in 1998 , but later widely discredited, has also fuelled misconceptions around  immunisation.

In 1998 Andrew Wakefield and co-authors published a paper in The Lancet reporting the onset of behavioural symptoms in 8 of 12 children studied, after the administration of the measles, mumps and rubella (MMR) vaccine.

The paper was retracted by the journal in 2010, 12 years after it was published, but it continues to be cited.

The retraction occurred in two stages: a partial retraction by 10 of the 12 authors in 2004; and a final retraction in 2010, by the editors of the journal.

But by then the damage had been done… and continues to be done.

Wakefield’s paper and the ensuing outcry led to a comprehensive investigation by Brian Deer, an investigative journalist.

Deer’s 14-year investigation is chronicled in his book ‘The Doctor Who Fooled the World’.

In Deer’s summation, Wakefield’s claims “had led to a decade-long health crisis in the UK, and sparked epidemics of fear, guilt and infectious disease, which would be exported to the United States, Europe, Australia, and other developed countries, spawning every kind of concern over vaccinations”.

Despite this acclaimed investigation, done for The Sunday Times of London, the United Kingdom’s Channel 4 Television network and BMJ, the discredited paper continued to be cited.

Wakefield continued to draw controversy with his film ‘Vaxxed: From Cover-Up to Catastrophe’, which was subsequently withdrawn from the 2016 Tribeca Film Festival. The withdrawal was supported by festival co-founder Robert de Niro, who has a child on the autistic spectrum. The actor had initially agreed to the screening of the film – which posits a link between autism and vaccinations, but later had misgivings.

In February 2020, Forbes magazine asked the question, “Would You Trust Your Child With This Anti-Vax Ex-Doctor?’”, after Wakefield released his sequel, Vaxxed II: The People’s Truth.

Could it be the “anti-vaxxers” were basing their campaign on an admittedly flawed single paper, despite evidence to the contrary?

The most cautious conclusion stated that the study ‘provides strong evidence against the hypothesis that the MMR vaccination caused autism.

Nonetheless, a seed of doubt has grown in the public’s mind in the past two decades. Might this make it harder to deploy new vaccinations in the future, when new diseases emerge?

WHO director-general, Tedros Adhanom Ghebreyesus, says misinformation about vaccines  was at a “crisis level already”.

“Facebook and Twitter or other social media groups should really understand this,” said Ghebreyesus, adding that he had asked the social media giants to do more to fight false information.

Vaccines have been shown to work. With measles they have saved millions of lives.

Bad press, including of the social media variety, has certainly caused some to shun vaccines. But times may be changing.

With much of the world’s population now under lockdown of some form, many are for the first time experiencing public health care of the stern, pre-vaccine kind.

This time around the case for innoculations may prove easier to make. – Additional reporting Matthew Hattingh, Roving Reporters 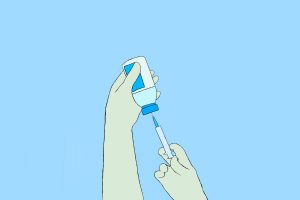 BANNER IMAGE: A vaccine has long existed for measles. In fact, it’s been around since 1963 and has proven hugely successful. In much of the world it looked like measles was beat. But fresh outbreaks and public distrust of vaccines mean the battle is far from over and there are consequences for any Covid-19 cure. Picture: Mohamed Mahmoud Hassan/publicdomainpictures.net 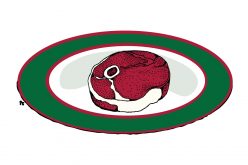 A lot on our plate:
Why the way we farm and eat must change 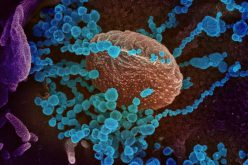 Covid-19: Why testing takes time and what to expect 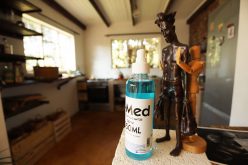 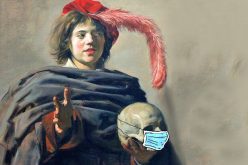 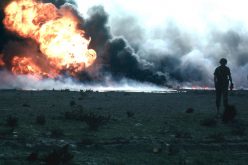