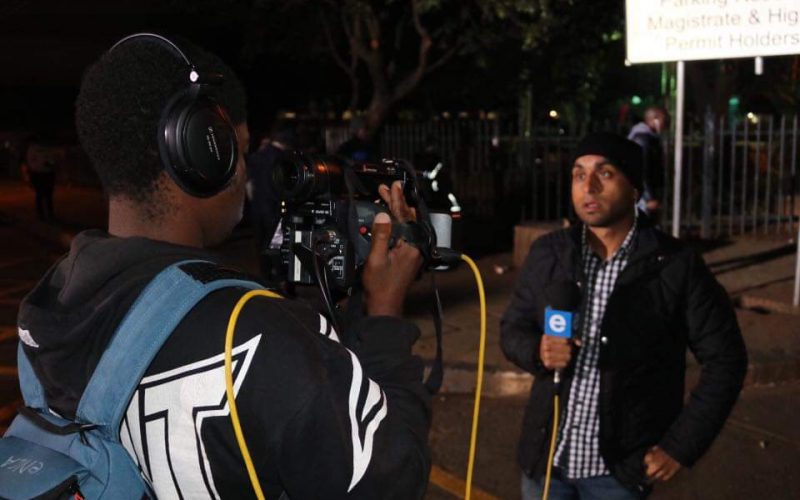 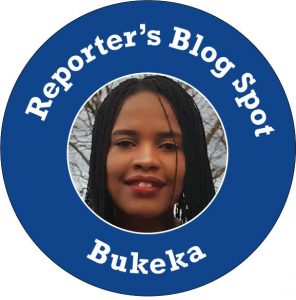 When you are out on a story for print… it’s just you, your notepad and your tape recorder. You are responsible for everything that happens during the interview; making sure your tape recorder is fully charged and the audio is clear.

It is a different story for broadcasting. Teamwork is essential and things must be done systematically… if one part of the team slips  the whole system fails.

I saw this for myself while shadowing an eNews Channel Africa team in Durban this week.

The team had done its planning and all seemed well.

Then one of TV reporter Dasen Thathiah’s biggest nightmare happened.

It was during a one-on-one, a quick interview with a government official.

Dasen sat with his interviewee. He was prepared.

Too good to be true

“I was so sure everything was going smoothly. My questions were all in my head and as we started the interview… All was well and it was like a conversation, but with all my questions answered spontaneously,” said Dasen.

Then suddenly the cameraman said, “Oops! We have a problem!”

It turned out the interview could not be used used. The audio was unclear and the cameraman hadn’t spotted it in time to notify Dasen.

It was a once-only chance to get the interview and now the work was down the drain.

At that moment I could see Dasen was not prepared for any Oops’s.

Had he been reporting live and the cameraman said nothing about bad audio, it would have been an even bigger problem.

In all media channels there are common rules.

I was given an opportunity to arrange an interview with a young businesswoman — business-teen really.

She is 16 and owns a cosmetics company for adolescents.

I had to trace her and eventually I got her contact details.

I called her and I told her the eTV would like to arrange an interview with her.

The moment she heard the word television she screamed and said, Yes! Yes! I would like that. Then I remembered that she was 16 years and this was not the way to go about things.

I asked for her parent’s number because she was a minor and her parent’s approval was needed for the interview — never mind that she has her own company and the whole product idea was hers.

Despite her excitement, her parents said, No.

It was exams time and it would be a distraction.

It was disappointing, but looking back, If I had neglected to seek parental permission and we had gone to her school to do the story, it really might have  have turned into a nightmare.

And there was a happy ending.

With some persuasion I managed to secure a 30 minute interview with her and her parents as well as a few of her employees (someone needs to keep the company going while she focuses on being a teenager). — Roving Reporters 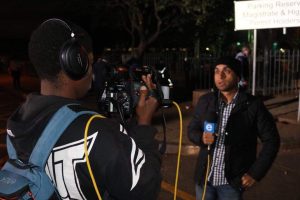 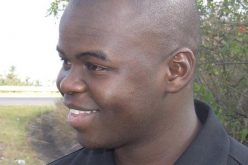